By Power of PositivityPublished on September 26, 2019Last modified September 27, 2019

Finding out if someone is truly intelligent is something that is extremely difficult. There’s the huge task of unnecessarily offending someone and one must try and accomplish both of the abovementioned while still being truthful and factual.

Fortunately, this article serves as somewhat of a middleman. That’s because we’re going to lean on the third-party perspective of intelligence. To accomplish this, we are going to glean some popular postings off of Quora.

For this who do not know, Quora is a question-and-answer forum that is accessible to anyone. As such, it is advisable to check your sources and cross-reference any answers to ensure the information that you get is reliable.

The question posed is “How do I tell if somebody is intelligent?”

Predictably, there are both useful and useless answers (that’s just democracy, folks!) For the sake of both practicality and brevity, we’re going to narrow down the responses to include only the former. We’re going to add another one more qualifier. The “tell” must be something that you can gather in 10 minutes or less.

So, how can you tell if someone is intelligent in 10 minutes or less?

How to Tell if Someone is Intelligent

A Quora user by the name of Kerem Güne writes that not treating people with respect is tantamount to a missed opportunity.

Güne uses a common scenario to illustrate his point: interacting with wait staff at a restaurant. More specifically, using ones ‘Me Points™’ to treat a waiter “minimally.” A stupid person is very likely to barely acknowledge the wait staff much less interact with them.

According to Güne, the issue here is not rudeness, writing “It is definitely not rude behavior” to barely acknowledge the waiter or waitress. But it’s stupid. Why?

Because that waiter that you fail to acknowledge may know of an awesome dish that just came out. In contrast, they may let you in on what’s not tasty if you ask them nicely. Who knows?

Güne wraps up his answer by sharing a heartwarming story of a friend with Asperger’s – a form of Autism. “[She] cannot understand emotional cues, jokes, irony, complex plans or control her body in an efficient way,” but she’s been incredibly successful. Why? She loves interacting with people.

Mr. Güne may have saved the most poignant part of his excellent answer for last:

“Intelligence is not fixed, it’s a way of seeing the world; yourself inside it. Each time you look into somebodies eyes and say something, you’re increasing your intelligence.”

2 – “A person of higher intelligence will notice details, small things that seem insignificant.”

“Walk into a new environment with them. Somewhere you’ve never been, and somewhere they’ve never been. Watch how that person takes in the area.”

Finally, a highly intelligent person is likely to be more skeptical about any answers that they receive “questioning every aspect of it until they come to a conclusion.”

According to the Quora user Hugo Ferreira Garcia, smart people simply love to learn. “They weren’t born smart,” Garcia states, “they are just addicted to learning.”

Mr. Garcia brings up a very important point that’s worthy of a quick detour from Quora.

There are millions upon millions of people in this world who believe themselves to be incapable of accomplishing anything. Because they struggled in elementary school. Or maybe they’re afflicted with a learning disability. Maybe they were labeled “slow” at an early age, and it stuck with them.

Regardless, this devastatingly false perception – and its propagation – must be put to rest.

Modern science shows that people can willfully change the structure and function of their brain. Every individual walking the Earth – big and small, old and young – can increase their brainpower.

The scientific term for this abovementioned phenomenon is neuroplasticity. And it’s proven science.

Michael Merzenich, considered by many to be the Father of modern neuroscience, wrote in Forbes magazine:

“If a brain is exercised properly, anyone can grow intelligence, at any age, and potentially by a lot. Or you can just let your brain idle – and watch it slowly, inexorably, go to seed like a sedentary body.”

It’s quite clear: intelligence is not fixed. With some effort and determination, anyone can improve their cognitive functions.

Mr. Sean Kernan had a strong suspicion that a “tall, lanky” classmate of his was “smart, really smart.”

How did you reach this conclusion, Mr. Kernan? “All I had was a subtlety I’d noticed: His body language. It was a cool confidence juxtaposed with a complete lack of stress on his face.”

Kernan received a confirmation for his hypothesis later on when the teacher “put a very high-level problem on the board and asked who knew the answer.” “I immediately looked at him,” says Keenan, but he wasn’t seeking attention.

Finally, “he slowly raised his hand and read off the answer like a trained assassin: calm, cold and collected.” 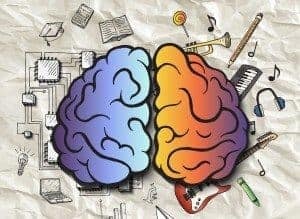 “Defenders of MI theory argue that the traditional definition of intelligence is too narrow, and thus a broader definition more accurately reflects the differing ways in which humans think and learn.”    ~Wikipedia

So to be clear: there is such a thing as intelligence. And it varies from person to person. Most of the contention surrounding intelligence and IQ is not a matter of reality, but of definition.

To illustrate this point, let’s look at two very different hypothetical people. Let’s say that person ‘A’ is a top-of-the-line automobile mechanic, and person ‘B’ is a professor of English at some Ivy League school. (Just work with me here!)

Therefore, if you were to administer the same I.Q. test to both people, the chances are that the professor would attain a higher score. The predictability of such an outcome results from the design of most intelligence tests. That is, as most IQ tests are designed by academicians, there’s virtually no way around test bias.

So, is the professor “more intelligent” than the brilliant mechanic?

Some people, such as intelligence researchers (and English professors!), would say ‘yes.’

But issue an intelligence test which focuses more upon spatial than language abilities, and the results would be reversed. Ask the professor to manipulate a complex piece of equipment, and they’ll look at you like a baby fawn staring at a spotlight.

When it comes to a comprehensive, accurate measure of intelligence, IQ tests have failed miserably. Well, most of them.

It wasn’t seven decades after the first IQ test was administered that an inclusive theory of intelligence was put forth. This theory is known as the Theory of Multiple Intelligences, or ‘MI.’

Harvard University psychologist Howard Gartner developed MI theory in 1983. While traditional IQ tests base general intelligence score (‘g’) off of three or four general abilities, Gartner states that there are no less than eight testable skills. These are:

It is filling, then, that we conclude the article with a quote by none other than Gartner himself:

“I balk at the unwarranted assumption that certain human abilities can be arbitrarily singled out as intelligence while others cannot.”