Teddy bear scavenger hunts are popping up all around the world. The family-friendly activity enables children to get fresh air and comforts them during lockdown.

During the near-worldwide shutdown, most schools have closed in an attempt to stop the spread of the virus. The CDC recommends following social distancing protocols as well as frequent “hand hygiene.” This measure means washing hands for at least 20 seconds after touching objects or other people who might have been in contact with the virus. With these rules in place, kids have gotten a little stir crazy from having their regular routines interrupted and being cooped up in the house all day.

To give them something to do, neighborhoods all over the world have started “bear hunts.” This idea came from a children’s book called We’re Going on a Bear Hunt by Michael Rosen. Families place stuffed teddy bears in their homes’ windows, and kids count up how many they see while out on a family walk or driving down the street. This scavenger hunt gives kids a fun activity to do while also bringing neighborhoods together in an unusual way.

People all over the world, from Tennessee to London to Japan, are joining in on this fun game that makes quarantining a little more bearable. Many neighborhoods have started Facebook groups to get the word out. Some kids have truly taken on the role of adventurers by putting on safari outfits and bringing binoculars along to hunt for bears out in the “wild.”

This scavenger hunt makes for a perfect activity during the shutdown because kids can still follow social distancing rules while also getting some exercise outdoors. Many kids who attend public schools don’t know what to do with all their free time. Hunting for the bears can easily fill a couple of hours of their day.

One woman living in Murfreesboro, Tennessee, Shanna Bonner Groom, says that almost half the homes in her neighborhood have participated in the bear hunt, including somewhere no children live. Groom said that some homes had included other animals in the bear hunt, turning it into a whole safari. Some families have even drawn bear prints on their sidewalks with chalk. 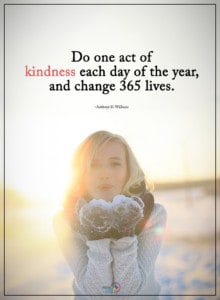 The teddy bear scavenger hunts show that creativity and imagination can turn a scary situation into a fun opportunity to support each other. Groom says that in her neighborhood, the bear hunting activity went so well that they have branched off into other fun games. Some families have started an activity called chalk-a-walk, where people draw positive pictures and write uplifting messages on their driveways.

Others have decided to do a senior walk for the high school seniors to cheer for them, so they stay encouraged while being away from school. The neighborhood even arranged for a local food truck to come out so they can help keep small businesses up and running. Groom says that these activities help the community come together while still following social distancing rules.

In London, one neighborhood used a WhatsApp group to get the message out about the bear hunts. Daniele Hamamdijan decided to put a teddy bear up in her window, and she said soon after the whole neighborhood joined in. She said it was “heartwarming” to see everyone participating. Furthermore, the feels that the small act of putting bears in windows can help people stay positive in this challenging time.