Is the man you’re dating ready to say the L-word? There’s something about crossing this milestone in a relationship, especially since men and women express their love differently. So, how do you know if he is going to confess his love for you soon? While positive thinking helps, there are some signs you can observe from your partner that indicate he’s about to confess his love for you.

“The face is the mirror of the mind, and eyes without speaking confess the secrets of the heart.” – St. Jerome

When he starts using the word “we” more than “I,” or “us” more than “me,” then it could be an indication of how he sees your relationship. He doesn’t regard you as two different people anymore. Instead, he considers the two of you as an inseparable pair. Dating expert David Wygant told Match.Com that a man’s choice of pronouns is an important clue. It tells a woman how much he’s really into her and he hopes you will like hearing the word “we” more often, too.

2. He can’t stop looking at you in an adoring way.

Do you catch your man looking at you and admiring your every feature? It might feel creepy but this is another sign he’s so into you.  If he can’t stop ogling, he’s actually saying he’s very attracted to you, and passion is so important in a long-lasting romance. A Japanese study revealed that a man who stares at his partner activates a part in his brain that triggers deep love. When your man looks at you and observes your every movement, he’s actually realizing how special you are in his life.

3. He makes you his priority.

If the man you’re with makes you his priority, then it’s a sure sign that he’s ready to take this romance to the next level. While he has not yet put a label in your relationship, his actions towards you should be telling enough. When he goes out of his way to do things for you, or when he indulges in stuff that interests you, then he’s letting you know you’re his priority. If his plans always involve you and he wants to spend his free time with you, then it’s a good sign he’s ready to say he loves you.

When you plan a date that doesn’t work out because he’s suddenly tied up at work, he’ll feel awful about canceling things. He’ll make an effort to do something else, or perhaps even surprise you with a bigger and more elaborate date, so you will not be disappointed that your original plan did not push through. A guy who keeps his promises wants to let you know you’re important to him. Soon enough, he’ll be saying how much he really loves you.

Arguments and disagreements occur in every relationship, especially when you’ve been dating for quite a while. But your guy is likely in love with you if he can’t stay mad after a fight. This is a clear indication that he cares about you so much that he’s willing to patch things up as soon as possible.

Relationship expert Kia James revealed on Insider that if he’s willing to enjoy an ice cream with you after an argument, then that is love. But more than just simply patching things up so you both can go back to the way things were before a fight, a man who is willing to work out the issues you’ve argued about is a man who’s ready to get serious with you. He’s ready to evolve just for you.

5. He values your opinion.

Respect is a good foundation of a successful relationship. If a man shows that he values your opinion, then it’s a sign that he is serious about being with you. Does he consult you when he needs to make big decisions? Does he ask for your advice?

If he is changing his point of view to incorporate your ideas, then that’s even better than simply asking you about your say. This is a positive sign that he has so much trust in you that he’s willing to take your advice. It also shows the level of honesty you both have in your relationship. It’s not always easy for a man to open up, more so to a woman he’s been seeing for a few months. 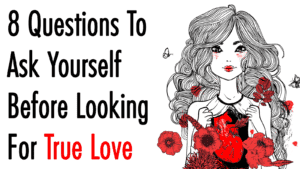 6. He introduces you to his friends and family.

He’s taking a huge step in your romance if he finally introduces you to his inner circle of friends and family. It’s a bonus if your boyfriend has actually talked about you to these people before he brings you over for dinner. It shows that he talks about you when you’re not there to people who really matter in his life. This is also a sign that he wants to show you how he really is around friends and family, according to Glamour. With this gesture, he’s opening up to you in a big way. Are you ready to take him for how he is?

If he hasn’t actually said, “I love you,” yet, then these actions are hints. Maybe he’s just waiting for that perfect moment to declare his love for you so that it’s really special and unforgettable.