Regardless of motive, it turns out that men and women cheat at about the same rate: 19 and 23 percent, respectively. That statistic comes from a University of Indiana study. The study reiterates Dr. Tessina’s assertions:

“The propensity for sexual excitation, or the ease with which one becomes sexually aroused by all kinds of triggers and situations played a bigger role for the men compared to the women, for whom lower relationship happiness and poor compatibility with their spouse or partner in terms of sexual attitudes were more important to the prediction of infidelity.”

Predictably, research also demonstrates those who cheat to be untrustworthy in other areas of their lives. In particular, they display dishonesty with their significant other. This sense of mistrust only exacerbates upon the surfacing of infidelity. “In the wake of an affair, more and more lies come out, and that makes trust very difficult,” says Ian Kerner, Ph.D., a psychotherapist specializing in sex and couples therapy, “It then becomes easy to feel dubious toward your partner in other aspects of like, such as finances or parenting.”

Also predictably, most marriages end upon discovering an affair – with a divorce rate of about 70 percent. Statistics don’t tell the whole story, obviously. Sadly, an immense amount of emotional harm comes from discovering infidelity; to one who’s been cheated on, their children, if any – and, in many cases, emotional harm follows the cheater.

While the article focuses on signs that a man will not cheat, much of this information may also apply to women. Research shows time and again the similarities between sexes (aside from the root cause) of cheating.

Here are five signs that he will never cheat:

1. He’s honest in everything else he does

If your man tends to keep his word in pretty much every other aspect of your lives together, he can be considered a trustworthy mate. In the event that he does, even in the most minute way, be dishonest, he’ll own up to it and face the consequences like a man. A man with an ingrained sense of integrity is far less likely to sneak off with some other woman.

2. He keeps you informed about everything

If you’re with the type of guy who takes pleasure in keeping you up to date about what’s going on outside of the relationship, there’s little to no chance that he’s seeing someone else. The man you’re with is the type that not only respects the fact you should be included in the “finer details” of his life, but takes pride in such.

When your man juggles work, family (especially with kids), and other known responsibilities (e.g. school, softball, etc.), the chances of him even having the time to see someone else is an improbability. The only plausible explanation is him not finding it necessary to sleep. That’s because he spends almost every other waking moment dealing with what’s on his plate. 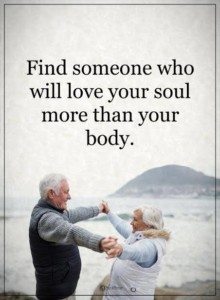 According to eHarmony, 21 percent of men and 32 percent of women who cheat acted on a “sexual temptation…with a former boyfriend/girlfriend.”

Given the proliferation of social media, it is much easier than ever to connect with past lovers. However,  if your man keeps his “female business” efforts directed towards you – and you only – there’s probably no relationship hazard worth investigating.