Manipulative people are difficult to deal with. There is often no end to the tricks they will use to guilt trip you, twist situations, and get what they want from you. The good news is that most of them use the same statements to get their way, so you can prepare to deal with them.

Learning how to respond to the most frequently used psychologically abusive tactics can help you keep yourself safe from even the most brutally manipulative individuals.

How To Shut Down The Most Common Phrases From Manipulators

A manipulative person, especially a partner, might constantly try to control your life. When you ask them why they don’t trust you, they’ll insist that they do, but that it’s other people they can’t trust. They may use this as an excuse to:

This turns the onus around on you, making you seem unreasonable while they look protective and strong. The problem, of course, is that this doesn’t make any sense – if someone untrustworthy is able to convince you to cheat, then you yourself weren’t trustworthy to begin with.

What’s the best response to this situation? Well, it should go a little something like this:

“I’m the person who you are dealing with here. It makes no sense for you to have to trust other people in order to talk to me. By reacting this way, you are making the assumption that I am weak-willed or prone to doing something bad if someone else entices me. It’s very disrespectful and you should trust in my honesty and faithfulness.”

This is a type of gaslighting and it can really make you second-guess yourself. When something goes wrong and you try to talk about it or call it out, a manipulator will belittle you for your lack of positive thinking. They might say:

It definitely doesn’t help that manipulators naturally prey on people who are sensitive, in a positive way – people who are empathetic, understanding, and emotionally intelligent. There’s nothing wrong with being sensitive to begin with, and it shouldn’t come up when you’re voicing a valid concern.

Gaslighting can make you feel like you’re the crazy one, or like you’re overreacting and being insane. It’s a common manipulation tactic to trick you into giving in. Don’t fall for it! Here’s what you should say instead:

“This is something that is very important to me and it would mean a lot to me if you would listen and hear me out. It’s not fair of you to call me crazy or sensitive just because we don’t see eye-to-eye on something.”

Apologies are always a good way to go. But manipulators don’t use them when they truly are sorry and seeking forgiveness. Instead, they use it as a quick way to get out of a nasty situation and stop you from being angry or calling them out.

Unfortunately, that’s not how apologies work, especially for more serious transgressions. It’s normal to need to take some time to deal with the aftermath of what the other person did to you. You can’t switch to positive feelings right away.

This is reasonable and perfectly understandable – but a manipulator doesn’t think so. They think that since they’ve dropped the magic word, everything should stop right then and there. Demand a fair amount of time to recover from what happened by saying something like this:

“I really appreciate your apology, but apologizing doesn’t automatically heal all wrongdoings and wounds. Give me some time to process this and heal.”

One key sign of a manipulator is that nothing is ever their fault. They refuse to take the rightful blame for anything wrong they do and will find any way to twist it so someone else is at fault. Manipulators are unable to take ownership of their mistakes, so they often try to pass the responsibility to someone else.

These types of people might say a number of different phrases to try to pass themselves off as innocent and pin the blame on you. Of course, it’s ridiculous to be blamed for something you didn’t do at all, especially when it’s the other person who is hurting you. To shut them down, say this.

This sounds like a good statement with kind intentions. It sounds reassuring and gentle. But manipulators don’t use it that way – they use it so you brush less obvious forms of abuse under the rug.

For many people, the deal breaker line is drawn at physical abuse. Meanwhile, emotional abuse becomes more and more prevalent, but you’re not as aware of it. This allows many forms of toxicity classified as psychological and emotional abusive to continue.

A manipulator is very aware that your limit likely lies here too, so they’re careful to never cross that limit. Instead, they are abusive in “sneakier” ways that they hope you won’t notice, and they throw you off the scent with phrases like these. So if someone is feeding these lines to you, respond like so:

“You can hurt someone in more ways than physical. Understand that a lack of physical assault doesn’t mean that there isn’t emotional pain.”

6.    I already did something nice for you; why are you still angry at me?

Just like with the apologies, manipulators may do a nice thing for you so that you’ll drop some issue. They might buy you something expensive or do you a favor in hopes that your gratefulness will cause you to forget their problematic behavior.

It’s easy to fall victim to this kind of ploy. When someone is kind to you, you might feel bad demanding further apologies or may feel guilty when you are still mad at them. But keep in mind that there is nothing that can “buy” forgiveness. It has to be earned graciously with patience and changed behavior.

If a manipulator is trying to make you feel bad because they bought you a gift, say this:

“It was very kind that you bought this for me, but there’s no price tag on my forgiveness. If you’re attempting to use this present as a bribe for my forgiveness, you can take it back.”

Or, if they didn’t buy you presents:

“It was very kind that you did this for me, but you cannot buy my forgiveness with chores and errands. If you have an ulterior motive for helping me and doing these nice things, then I’d prefer you didn’t do them.”

This is one of the most dangerous forms of emotional manipulation. Someone who stops you from leaving them, or stops you from doing anything they don’t want you to by threatening to harm themselves, is incredibly toxic and a danger to themselves and to you. 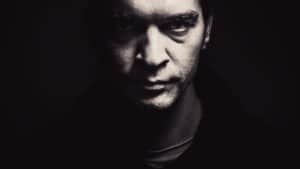