Memory loss is a condition that affects most adults in some capacity or another as a part of the normal aging process. Memory loss becomes a concern when it impairs daily functioning or when it is caused by a disorder or disease.

Short term memory loss usually starts off slow, unless it is due to an injury. Since it starts off slow, there may be symptoms in the beginning that is indicative of the condition. Some of these symptoms can include being confused often, not being able to remember things that should easily be remembered, or even trouble speaking logically.

There are a lot of short term memory loss causes. These reasons can generally be separated into three main categories. They are Outside Factors, Diseases/Disorders, and Injuries.

Outside factors are causes that happen outside of the body but don’t fall under the injury category. Medications, drugs, and alcohol fall in this category. Drugs and alcohol have been proven to have drastic negative effects on all areas of mental functioning including memory. As for medication, there are some that can affect a person’s memory with continued use. Here are a few that affect short term memory:

Diseases/disorders are a big contributor to short term memory loss causes. Some of these diseases or disorders can directly cause it while others can be more of a secondary cause. Alzheimer’s is one of the more well-known diseases that causes memory loss. It is irreversible and slowly destroys memory and other cognitive functions over time. The effects can become so severe that people have a hard time performing basic daily functions. The disease causes abnormal lumps to grow in the brain called amyloid plaques and tangled masses of fibers called neurofibrillary grow in the brain also. The damage starts in the hippocampus, the part of the brain that controls memory. This is why the first signs of the disease is short-term memory loss.

Other short term memory loss causes in the diseases/disorders category include: 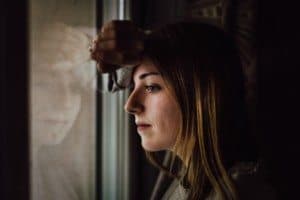 Concussions can also cause short term memory loss. In a recent study conducted by researcher Mark R. Lovell, PhD of the University of Pittsburgh Medical Center, high school athletes suffered from short term memory and cognitive impairment for up to a week after getting a concussion. Other studies have also shown that people will continue to suffer memory problems and cognitive impairments in the future after having a concussion.

Memory loss is a common condition that affects many people all over the world. Most of the time it is normal, age related forgetfulness but there is a large number of cases of memory loss due to medical reasons or injuries. Memory loss could be short term which can seriously debilitate a person’s way of life.

Unfortunately there is no cure for memory loss and the condition can’t be reversed. If the short term memory loss isn’t caused by a progressive disease or disorder, then there is a possibility that it may not get worse. The memory loss could be managed with effort, even if the person requires help from family, friends, or medical professionals.