Unfortunately, many parents engage in too much screen time and spend too little time playing and interacting with their children. Even worse, parents today tend to use tablets and smartphones to pacify and babysit their children so they can have the freedom to do other things. However, this type of passive parenting can have long-lasting detrimental effects on children, from developmental to psychological disorders.

Because of the explosion of technology in society today, even children can’t escape the addicting games and television shows marketed to kids. Screen time among young children has increased dramatically in the past decade. While certain educational programs can benefit children, they still need to spend time in the real world to develop motor and communication skills.

Below, we’ll go over what the experts have to say about children spending too much time in front of screens. We hope this information can help you make informed decisions about how to protect your children from the potentially harmful effects of technology.

Here’s how too much screen time leads to lower brain growth in kids:

In the early years of life, critical brain development takes place, but technology may hamper these important changes from taking place. Scientists scanned brains of children 3 to 5 years old to see how screen time affected them. They found that those who used technology more than an hour a day had lower development in the brain’s white matter, which helps with cognitive, language and literacy skills.

Pediatrician and clinical researcher at Cincinnati Children’s Hospital and lead author of the study, Dr. John Hutton, said that the study was the first one to show the link between more screen time and lower cognitive function in preschool kids. He added that during the first five years, the brain develops rapidly, forming connections that will last a child’s whole life.

Side effects of too much screen time

Studies link too much time in front of the TV to the following:

Kids mimic their parents, so in households where the parents use screens more, the kids tend to copy that behavior, according to Hutton. For example, the kids who stay on technology for 5 hours may have parents who engage in double the screen time. So, if kids get home from school and immediately head to the television while their parents scroll social media, they have no time for interaction.

Also, kids tend to bring their screens with them wherever they go. They can take them to bed, the playground, to meals, and everywhere in between. After they experience the stimulation from smartphones and tablets, it becomes all too easy to become addicted to them. They feel like they can’t do anything without having a screen of some sort in their hand. Hutton said the age at which kids get exposed to technology is majorly concerning. He said 90% of kids use screens before turning one, with some just two or three months old. 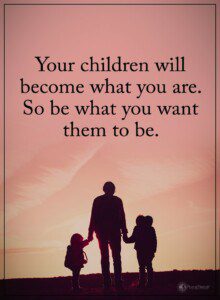 Disrupting white matter in the brain

Researchers scanned the brains of 47 healthy children who hadn’t started kindergarten yet. The study used a special kind of MRI called diffusion tensor imaging, which looks specifically at the white matter in the brain. This area of the brain organizes communication between different parts of the brain’s gray matter. In this part of the brain, the cells communicate with the body to tell it what to do.

White matter helps form connections between the brain and the nervous system. Hutton said the white matter can be compared to cables much like telephone lines that connect different parts of the brain so they can communicate with each other. If development becomes delayed or doesn’t happen at all, it can slow down the brain’s ability to process things. However, activities such as reading, playing a musical instrument, and playing can improve the structure of white matter in the brain.

Before the children had the MRI, they had to take cognitive tests while parents filled out a questionnaire about screen time developed by the American Academy of Pediatrics. The test measured how much access children have to screens, how much exposure they had, the content they watch, and if parents engaged with them during screen time.

The study showed that the children who engaged in more screen time than the AAP recommendations had a more disorganized, underdeveloped white matter in the brain. Hutton said the average screen time among the kids was two hours a day, but some children used screens for up to five hours. However, researchers want to ensure that using screens doesn’t mean children’s brains get damaged; it just means they won’t have the same development as children who use less screen time.

Hutton said that the screen time may just inhibit growth that children could’ve had from other experiences, such as human interaction and playtime. Children need plenty of experiences that encourage strong connections in brain neuron networks, such as interaction with parents, reading, and problem-solving tasks.

In addition to the MRI results, researchers found that excess screen time led to decreased literacy skills and the ability to use expressive language. The children in the study also showed impairment in being able to rapidly name objects shown to them. However, research in this area is still in the early stages, and more studies need to be done in the future to solidify these results.

Here’s what you can do as a parent to protect your kids:

Make sure you limit their screen time each day and only allow them to use technology for educational purposes. Sit with them while they learn so you can interact with them and reinforce what they learn. Also, do other activities with them – play games, go outside and allow them to explore nature, read, sing, and laugh together. Kids need a lot of interaction to develop healthy brains, and in the formative years, it’s critical to give them that emotional and mental support.

The AAP lists the following guidelines for children and screen time:

No baby under 18 months old should use technology, other than occasionally being on video chat with family. Babies need a lot of interaction with their caregivers, and parents shouldn’t use technology to babysit them. Parents shouldn’t even have the TV on in the same room with a baby, as it leads to distractions and less able to interact with the child.

By the time a baby turns 2, they can learn words from programs and live chats with family members. However, toddlers learn best when the parents sit with them to reinforce what they learn and repeat words to them so they memorize them better.

The AAP cautions that many educational programs on media devices don’t actually benefit children because developmental specialists don’t help create them. So, they can impair development in children if they get exposed to too many shows and programs that don’t cater to their needs. Children learn best, as we’ve said, from their parents anyway, so make it a habit to engage with them daily and keep screen time to a minimum. 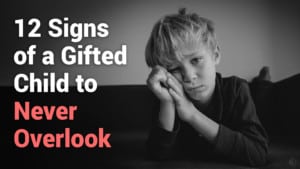 Other harmful effects of technology

Screen time doesn’t just impact children; teenagers and adults see negative effects from heavy media use as well. Scientists have documented the following consequences from using too much technology:

Of course, we realize that technology can benefit society in many ways as well, from medical advancements to the ability to talk to people across the globe. However, the dopamine hits we get from likes on our Facebook pictures and just viewing the content, in general, can set us up for addiction. Like anything else, moderation is key when it comes to technology. Try to only use your phone when you absolutely need it, not just when you feel bored or need a distraction.

We’ve come a long way with technology, but the pervasiveness of phones and tablets can severely impact a child’s growth. Their brains have shown more disorganized and less developed white matter when exposed to heavy media use. Parents raising children in the technology age should use technology sparingly, making sure to place human interaction first and not use phones as a babysitter.

Children can benefit from certain TV programs and apps, but babies and toddlers shouldn’t use technology without their parents. Kid’s brains respond very strongly to their environment, so parents should make sure to create a healthy one that supports their children’s development.