The History of Aromatherapy

Humans have been using aromatic oils to treat various medical ailments for hundreds (perhaps thousands) of years. The use of “essential oils” to improve one’s psychological state likely began in China. Of course, they did not have that modern label. Literature suggests that the essential oils predominantly treated general pain, sleep disturbances, and, of course, anxiety and stress.

“Although essential oils have been used therapeutically for centuries, there is little published research on many of them. However, this is beginning to change as more scientific studies on essential oils are conducted around the world.” – The University of Minnesota

The ancient Greeks and Egyptians, too, contributed to the history of aromatherapy by inventing new aromas, along with simple devices for manufacturing essential oils from plants, flowers, and other natural sources. The Egyptians discovered a number of scents still in use today. In Greece, the “Father of Medicine,” Hippocrates, might have practiced what we now know as aromatherapy for self-healing.

The popularity of aromatherapy is on the rise and is now one of the fastest growing complementary therapies in the world. Compared to modern medical treatments, aromatherapy and essential oil applications are inexpensive, relatively safe, and easily accessible. Couple these benefits with much research on the effectiveness of aromatherapy, and it appears that this alternative treatment will continue to gain acceptance – and a wide following.

In this article, we’ll talk about the research behind aromatherapy, and then discuss five essential oils that calm anxiety and reduce stress.

The Science of Essential Oils and Aromatherapy

“Research…on essential oils show positive effects for a variety of health concerns including infections, pain, anxiety, depression, tumors, premenstrual syndrome, nausea, and many others.” – The University of Minnesota

The U.S. – and some other Western countries – are quite skittish when it comes to “alternative” or “complementary” medicine. Much of this reluctance is attributable to the invasion of medicine by profit seekers, especially pharmaceutical companies. If it doesn’t come in the form of a pill in a brown bottle, we’re skeptical.

Nevermind that much (not all) of this skepticism is entirely baseless. In fact, you can find significant evidence – hundreds of peer-reviewed, double-blind studies published in prestigious medical journals – concluding that essential oils and aromatherapy do have certain medical benefits.

– Per a study published in the journal Phytomedicine, researchers found that an oral lavender capsule, taken over a six-week period, reduced the symptoms of Generalized Anxiety Disorder (GAD) to a degree “comparable to a common benzodiazepine (lorazepam.)” Lorazepam, a potent but dangerous medicine, is one of the most commonly prescribed drugs for people with GAD and other anxiety conditions. (1)

– In a study published in the journal Letters in Applied Microbiology, researchers conclude that the natural topical essential oil called Polytoxinol – a mix of eucalyptus, tea tree, lemon, thyme, cloves, and alcohol – successfully prevents the buildup (called ‘biofilm’) of Staphylococcus aureus. Because it was researched and manufactured in Australia, some practitioners have taken to calling Polytoxinol “Australia’s gift to the world.” (2,3)

– A groundbreaking U.K. study published in the Journal of Clinical Psychiatry cites the effectiveness of lemon balm (Melissa officinalis) in reducing behavioral and psychological symptoms in dementia patients. The placebo-controlled study found that 60 percent of patients taking the active treatment form of lemon balm had their symptoms reduced by an equivalent of 35 percent. (4)

Now that we’ve talked a bit about the history of essentials oils and some of the research legitimizing their use let’s discuss five of the best essential oils for relieving stress and anxiety!

(Please note: we’ve included the Latin names of each to serve as a reference. When shopping for a product, look for the species in italics next to the English name.)

Lavandula is a genus of flowering plants within the mint family. The 47 known species of lavender are native to and grow throughout areas of East Africa, Southwest Asia, the Mediterranean, and many parts of Europe.

By and large, commercial enterprises harvest lavender to manufacture the essential oil of lavender. Besides being used as a favorite fragrance, lavender has many medicinal properties, including its effectiveness as a natural anti-inflammatory and antiseptic. Among all essential oils, lavender is probably the most widely adopted and, consequently, the most well researched.

A growing amount of evidence suggests some species of lavender as effective in treating certain neurological and psychological disorders. Lavender oil (from the flowers of Lavandula angustifolia) is believed to act on the brain’s limbic system, most notably the amygdala and hippocampus. The amygdala is the area of the brain responsible for the “fight-or-flight” response, while the hippocampus, among other processes, helps with emotional regulation and mood stabilization.

In a study published in the journal International Clinical Psychopharmacology, researchers found that oral administration 80 mg per day of Silexan – a lavender oil preparation –  significantly reduces the symptoms of both generalized anxiety disorder and subsyndromal anxiety disorder. Lavender was also found to relieve symptoms of sleep disturbance and restlessness in some patients. (5) 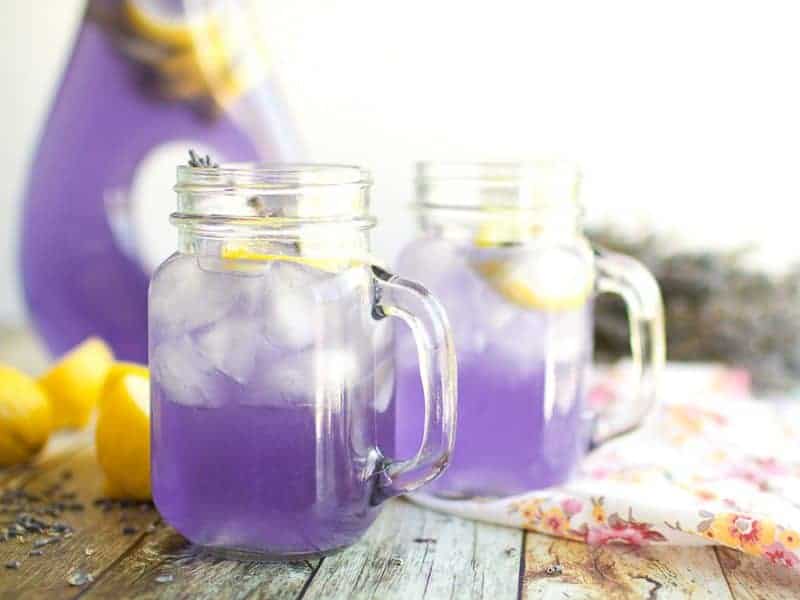 Native to the Mediterranean, rosemary is an evergreen shrub with needle-like leaves. Flowers of blue, pink, purple, or white sprout from the shrub. Commercially, the entirety of the plant’s make-up – flower, leaves, and twigs – are extracted for use. Due to its attractive appearance, longevity, and pest-resistant properties, rosemary serves as decorative landscaping. In the Mediterranean regions, people use rosemary to flavor food and make herbal tea.

Medicinally, Rosmarinus Officinalis is thought to improve sleep quality and potentially reduce symptoms of anxiety and depression via hormone regulation. A 2018 double-blind, controlled study of college-aged students, published in the journal Complementary Therapies in Clinical Practice, concluded that the essential oil of rosemary might also have cognitive benefits, mainly as a memory enhancer. (6)

Also referred to as German, Italian, and Hungarian chamomile, scented mayweed and wild chamomile, Matricaria recutita is the most commonly cultivated variety of the flower.

In a 2009 double-blind, controlled study, researchers found a “significantly greater reduction” in symptoms of depression for the M. Recutita group than the placebo group. Such findings are significant for both alternative medicine practitioners and patients, as anxiety disorders often exist in conjunction with clinical depression.