‘ Humblebragging ‘: Make an ostensibly modest or self-deprecating statement with the actual intention of drawing attention to something of which one is proud.’ ~ Oxford English Dictionary

Most people respect those who are real. We don’t like (or tolerate) fakers, which is a good thing. Humblebragging is, as the word itself implies, the act of masking egotism with humility. It’s an act of fakery, and it makes us dislike the person.

Apparently, humblebragging is also common. Here’s what Ovul Sezer, an assistant professor of organizational behavior at the University of North Carolina (UNC), has to say:

“It’s such a common phenomenon. All of us know some people in our lives, whether in social media or in the workplace, who do this annoying thing,” Sezer adds, “You think, as the humblebragger, that it’s the best of both worlds, but what we show is that sincerity is actually the key ingredient.”

Science Explains How Humblebragging Pushes People Away (And How to Stop)

Sezer and her colleagues at UNC conducted several experiments, all of which were designed to (a) see how common humblebragging is, and (b) how other people perceive it.

Out of the nearly 650 people surveyed, 70% were able to remember a recent humblebrag. 70 percent!

Of course, they anticipate some type of flattering feedback (“Oh, no, you look gorgeous in that dress!”)

Moving onto the second variation: the humility humblebragger. These folks convey a sense of false modesty to brag about themselves, often in the form of an open-ended question. “Why does the boss always call me when something important needs to be done?”

(What are we supposed to say? “I don’t know. I guess you’re the smartest, most talented super-achiever in here!”)

On a more serious note, such behavior not only reeks of insecurity, but it is also exceptionally annoying. Unsurprisingly, people don’t respond very well to humblebragging. 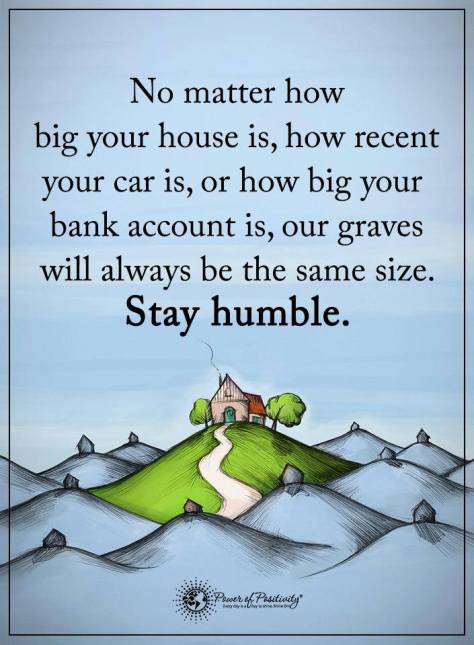 In fact, most people prefer the old-fashioned I’m-the-best-type bragging over humblebrags. Why? Because old-fashioned braggadocio is at least genuine, and they’re not trying to deceive anyone.

In other words, sincerity matters a whole lot. Dr. Sezer adds “Sincerity is a very important (personality) dimension and we value this character trait.”

Humblebrags In The Workplace

Predictably, many humblebraggers ratchet up their “covert” self-promotion at work. Around 33 percent of the study’s participants noted that they heard humblebrags in the workplace.

Pop quiz time: If humblebragging is common in the workplace, where else in a professional environment would someone do it? (Hint: it happens before they’re hired.) Got your answer?…

If you said “the job interview,” you are correct! (*Virtual Fistbump*)

How do you think a humblebragger would answer this question? Let us count the ways.

– “I don’t like breaks because I’m such a hard worker.”
– “I may take too many things on at one time.”
– “I’m not good at work-life balance…because I’m all for work!”
– “I’m a perfectionist. I don’t tolerate mistakes from myself.”

Interviewer reply (in a perfect world): “Ugh…really? That’s your most glaring weakness? Sure it isn’t. Don’t let the door hit you on the way out.”

To be fair, the workplace is often a competitive environment. People like to have their achievements and hard work recognized, which is often key to a better salary, a promotion, or something else. But there are more effective methods of self-promotion than humblebragging, which is no different than outright deception.

In an unfair world, sometimes a bit of self-promotion is necessary; not only in the workplace but in everyday life. Fortunately, there are effective and ethical ways of going about it.

Here are a couple of ideas, according to Dr. Sezer:

– Have a work friend or associate talk about your accomplishments.
– Speak up about your achievements if there is something at stake.