Have you ever wondered if you’ll be able to retire gracefully when the time comes?

Miriam Goodman, a San Francisco-based writer and public relations consultant, states “As a writer ‘of a certain age,’ I was curious about my peers’ attitudes toward retirement, so about seven years ago I began interviewing them.”

After speaking with “several hundred” men and women over age 60, what Goodman found the most astounding was, “the level of denial and postponement in thinking about the togetherness issue.” 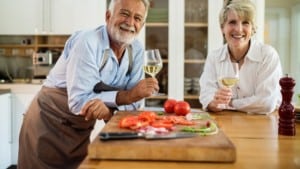 “…few had considered the psychological jolt that usually accompanies the end of a career.”

A 61-year old woman; she is happily married to a successful businessman and has two daughters. It sounds like the perfect situation for a happy retirement, doesn’t it?

“I feel isolated and worthless. Although I’m fit and active, I feel I’ve been thrust into death’s waiting room far too early. A retired friend of mine joked grimly that it’s like finding yourself in an airport departure lounge waiting for your final journey. You know the plane will leave. You just don’t know when.”

Reread that; both parts again, if you must. It’s kind of hard to believe.

This same lady had planned a big birthday party to celebrate her 60th birthday – she ended up canceling at the last minute. The reason? When the moment came, she felt more like crying rather than celebrating. It wasn’t what she expected.

We place so much emphasis on the financial aspects of retirement that far too few of us consider the emotional implications of such a drastic life change. This isn’t to say financial planning isn’t important, it is.

But the retirement cure-all? It most certainly is not. One can reasonably argue it isn’t even the most important consideration.

Going a step further, one of the more disturbing myths about retirement is that it’s all about having enough money. Not only is it disturbing and misleading, but it’s also the source of grief for so many.

In a society that’s infatuated with security and money, it’s no surprise that these same influences stay with us into our later years.

So, what are the important things to consider for a long and happy relationship? 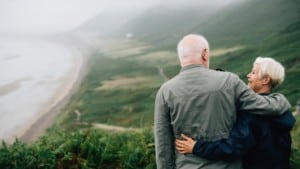 To begin thinking about, and developing plans around, lifestyle issues.

Retirement is not the end of a happy and productive life – it’s the reward for what you and your partner have earned so far.

Now, you can use the rest of your time to do whatever you both want. Heck, work if you both want to. (This writer’s grandparents retired early to work part-time as baggers at a grocery store for almost five years.)

Here is a set of questions to ask yourself and your partner before making the transition into retirement. Each issue is broken down into one of four categories: finances (gotta get it out of the way), handling change, health, and relationship implications.