According to a study by professors at The International Association of Applied Psychology (IAAP), people who experience high subjective well-being (SWB) live longer lives. Additionally, they enjoy better health than those who do not.

Simply put, people’s emotions and judgments ultimately impact how long they stay around and their quality of life. In fact, people with positive SWB lived nearly eight years longer than those with negative SWB. Additionally, they experienced reduced physical ailments, including cardiovascular disease and depression!

What is SWB? Simple: It’s positivity.

SWB is a combination of various emotions, mainly: life satisfaction, having positive emotions, optimism, and avoiding negative emotions. The research cites numerous studies, including cases in which they followed people around over an extended period. In some cases, they studied subjects for thirty years. In each of these studies, participants were evaluated according to their initial SWB assessment. Ultimately, those people with positivity had better health and outlived longer than their counterparts.

What is the evidence?

The report cites a couple of very interesting studies:

Photographs of professional baseball players taken in 1952 were evaluated, judged, and given a rating.  They found that players who had authentic smiles lived longer than those who were only partially smiling, or not grinning at all. Furthermore, these ratings predicted the mortality that had occurred by 2009.

In addition, we found another example. Over an average period of 12 years, researchers followed nearly 88,200 Japanese adults aged 50 to 69 after an initial study. The enjoyment of their lives directly related to a decreased risk in cardiovascular disease, stroke, and mortality rate.

Upon admission at a nurse’s health cohort, researchers followed 63,469 nurses aged 30 to 55 every 2 years for 30 years. Consequently, they noted that the presence of depression directly correlated with increased cardiovascular death.

Total, there are a total of 26 scientific case studies within the research that directly link longevity and positivity. Further, there are seventeen case studies that directly link low positivity and the increased rates of illness, including cancer. The links between cancer and positive thinking prove inconclusive at this time. But researchers continue to study the connection. 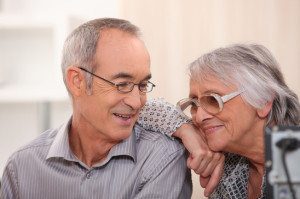 How does this happen?

Scientists and doctors attribute these amazing results to two main factors: improved resilience and insightful living. Researchers believe that positive people with an optimistic outlook towards life have an increased will to live. And that results in a proactive mindset about health and prevention. Therefore, living a positive lifestyle results in a large decrease in illness and death.

In addition, positivity results in maturity and insight. That wisdom allows people to connect with their spiritual nature and live healthy, long, meaningful lives of simplicity and happiness. People who remember what is important live happier and longer lives.