Do you struggle with seizures? Does someone you know have epilepsy?

The experience of knowing our body and brain could fail us at any moment is frightening.  This may entail waking from sudden darkness, deeply confused as to how we ended up on the ground, extremely weak, our head pounding,  possibly drenched in our urine, and having bit our tongue.

The body and brain somehow feel a bit disconnected, and the heavy fog in our heads is unable to piece together this reality.  Afterward, we would pass back out again for hours of sleep from this disorienting exhaustion.

Imagine this as your way of life.  This is just one depiction of what it is like to have a seizure disorder.   The study of this condition has a long history, and the science is not 100% on what triggers seizures or how to treat all of the cases.   However, there is continued progress.  Recently researchers revealed a blood test that can prevent these episodes.

What is a seizure?

According to the Epilepsy Foundation, a seizure is defined as ” a sudden surge of electrical activity in the brain.”  Essentially, all the neurons in our brain which are responsible for the communication of the brain to the body go haywire due to an electrical surge.  The triggers and symptoms are not the same for everyone, as 40 differing types of this disorder are now identified.

Epilepsy is the diagnosis given to an individual who has had more than two seizures in a given period.  According to the Epilepsy Foundation of Colorado, in 2015:

A brief history of epilepsy

Epilepsy stems from the Greek word, Epilepsia, which means to “take hold of” or “to seize.”

Descriptions of seizures date as far back as 2000 B.C in Babylonia.  At that time, and sadly throughout much of history, these medical events were considered of a supernatural or religious cause.  In 5th Century B.C., famous philosopher Hippocrates stated that he believed that it started in the brain and therefore attempted to treat it as such.  In cases in which he was unable to treat, he deemed those cases as incurable.

Unfortunately, doctors and society did not adopt Hippocrates’ viewpoint, and most individuals who exhibited convulsions were viewed with grave superstition, believed to be “possessed by the devil.”  Despite the horrendous treatment, many people with epilepsy faced, some were able to triumph.  As an example, Julius Caesar and Czar Peter the Great from Russia had epilepsy.

Until the mid-19th century,  when neurology became separate from psychology, the treatment of the condition become recognized again as a brain disorder.  The first hospital and anti-seizure medication occurred in that time frame.

Real progress did not happen, however, until the 1930s–1950s when EEGs were developed and gradually came to general use.

Types and Categories of Seizures

Seizures are placed under three general categories based on their cause:

The phenomenon of focal seizures stems from only one area of the brain.

Generalized seizures arise from multiple regions of the brain.

Treatment and prediction of epilepsy

Other than individuals recognizing their own individual symptoms that may precede a seizure, such as seeing auras, feeling “off,” dizzy, or weak, there is little that allows seizures to be predicted.  Prevention entails anti-seizure medication, which not only carries its own side effects, but they are not 100% effective in all cases. Other prevention may involve avoiding known triggers, such as caffeine, high levels of stress, lack of sleep, maintaining proper blood sugar levels, to name a few.  There are cases where medication is not effective at all.

There are natural methods to aid in decreasing the frequency or severity of an occurrence.  Some of the methods have indirect effects, such as reducing stress levels, which are triggers to some sufferers. 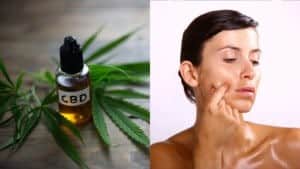 Within 2019, a  study was published by researchers at FutureNeuro, an SFI research center for Neurologic diseases, and was hosted in Ireland by the Royal College of Surgeons.  They discovered that when certain cells are stressed, RNA’s, a chemical similar to our DNA that builds protein within cells, begins to fragment.  These fragments could demonstrate the brain cells which are under stress that could result in a seizure.  Through blood tests, they found that these fragments reach a high-level hour prior to a seizure event.

One of the most disconcerting traits of a seizure disorder, other than the seizure itself, is its unpredictability.  This research potentially may lead the way to discover a testing method, as one uses to test for blood sugar, to help individuals determine their risk of having a seizure on a daily basis. 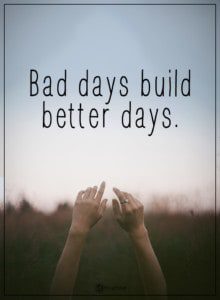 Final thoughts on living with seizures and epilepsy

Seizures can be very disrupting to an individual and their family’s life.  It is scary, especially for children and the parents who must watch helplessly.  If you know someone who suffers from this condition (or you struggle with epilepsy or episodes), educate yourself. Offer support and avoid any known triggers to make seizures less impactful.

The findings of the new research offer hope that researchers will soon be able to reveal a blood test that can prevent seizures.  Removing the daily weight of wondering could prove to be a huge blessing for many who have seizures and their families.