Research into the medical uses for cannabis continues to provide medical solutions for many health problems, and a new discovery finds that marijuana may be the key to curing the slow cognitive decline associated with Alzheimer’s disease. Nerve cells die naturally as we age, but Alzheimer’s disease leads to rapid cell death that happens at a faster pace than normal.

The unfortunate nature of Alzheimer’s disease and other cognitive disorders like dementia is that the brain dies faster than the body does, leaving the person struggling to recall important things, like remembering to turn off the stove or remembering where they live.

Memory, cognitive processing, and even behavior can be affected by this disease, and often the lives of family members are affected in significant ways as they struggle to find help for their rapidly deteriorating elder. Clearly, a cure in the form of medicinal marijuana is a potential ray of sunshine in a gloomy prognosis.

Researchers Discover: Marijuana May Be The Key To Curing Alzheimer’s Disease

In this article, we will look at what Alzheimer’s disease is and what researchers say is the discovery of a link between marijuana’s healing power and curing dementia. 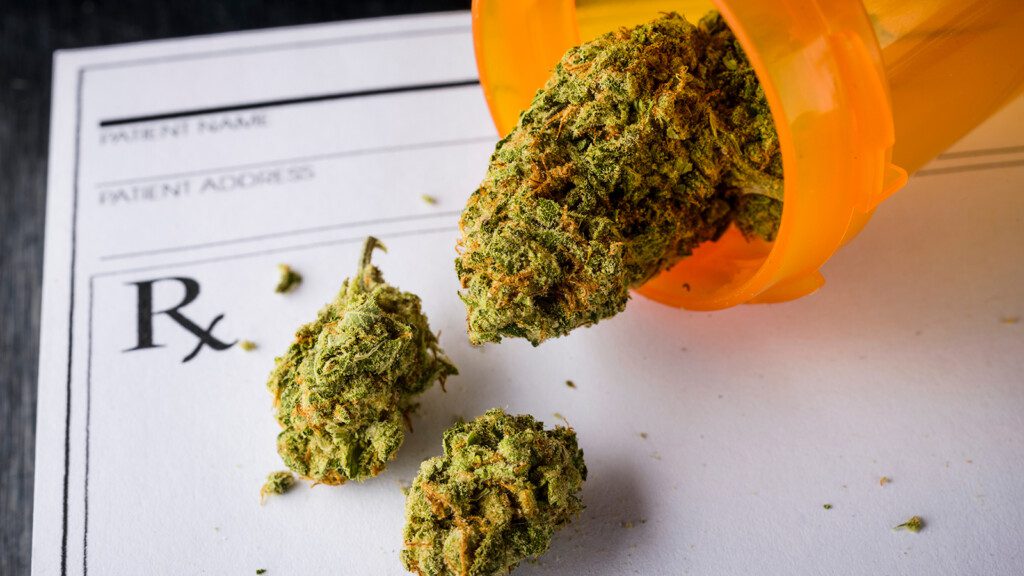 What are the symptoms of Alzheimer’s Disease

Alzheimer’s is a type of dementia or disease of the brain. The Alzheimer’s Association says that early onset Alzheimer’s disease can begin as early as the ages of 40 or 50 and that it is primarily a loss of brain functioning. Problems with memory and thought processes are the hallmarks of Alzheimer’s disease, sometimes jokingly referred to as ‘old timer’s disease.’

Alzheimer’s disease begins with minor lapses in memory but gets more severe at a more rapid progression than would be seen with normal aging. Memory is not just the only brain function that is impaired, but even performing simple math problems or completing a task that is given with verbal instructions becomes increasingly difficult.

Newly learned information should be fresh in your mind in a normally functioning brain, but Alzheimer’s disease robs people of the ability to even recall things that they just learned. Most often, it is friends or family members who begin to be concerned about signs of memory loss in a loved one, and they are the ones who then become responsible for getting help for the person who is going through dementia.

The Alzheimer’s Association says ‘As Alzheimer’s advances through the brain it leads to increasingly severe symptoms, including disorientation, mood and behavior changes; deepening confusion about events, time, and place; unfounded suspicions about family, friends, and professional caregivers; more serious memory loss and behavior changes; and difficulty speaking, swallowing and walking.’

Alzheimer’s disease may be in part caused by the accumulation of proteins on neurons. Beta-amyloid is one of these proteins that can increase in the brain as we age. The natural medical miracle of marijuana may be the key, according to these research discoveries, to curing Alzheimer’s disease.

Researchers at the Cellular Neurobiology Laboratory at The Salk Institute for Biological Studies, in La Jolla, CA say that intracellular beta-amyloid initiates a toxic inflammatory response that leads to cell death in the brain. Both cannabinoids that are psychoactive, like the THC in cannabis that gets you high, and the non-psychoactive cannabinoid compounds, like CBD, stimulate the removal of beta-amyloid, block the inflammatory response, and are protective.

The data from the study showed that there is an inflammatory response within nerve cells that is caused by the accumulation of intracellular beta-amyloid proteins. This protein accumulation in nerve cells leads to early-onset Alzheimer’s disease, and the progression of the disease can be cured by stimulating the cannabinoid receptors of the brain.

The researchers at The Salk Institute for Biological Studies concluded by saying that ‘Cell death can only be completely prevented by 5-LOX inhibitors, cannabinoids, and caspase inhibitors. However, once the cell death process is underway, death can be reduced by some prostaglandins.’

An additional study on medical marijuana and Alzheimer’s Disease

A research study by the Endocannabinoid Research Group, Institute of Biomolecular Chemistry based in Naples, Italy that reviewed the previous research on cannabis receptors in the brain found that ‘the available data indicate that endocannabinoids are likely to play in this disorder a role similar to that suggested in other neurodegenerative diseases, that is, to represent an endogenous adaptive response aimed at counteracting both the neurochemical and inflammatory consequences of -amyloid-induced tau protein hyperactivity, possibly the most important underlying cause of AD.

Furthermore, plant and synthetic cannabinoids, and particularly the non-psychotropic cannabidiol, might also exert other, non-cannabinoid receptor-mediated protective effects, including, but not limited to, anti-oxidant actions. There is evidence, from in vivo studies on -amyloid-induced neurotoxicity, also for a possible causative role of endocannabinoids in the impairment of memory retention, which is typical of AD. This might open the way to the use of cannabinoid receptor antagonists as therapeutic drugs for the treatment of cognitive deficits in the more advanced phases of this disorder.’

Many states have approved the use of medical marijuana for certain debilitating conditions. Medical use of cannabis is approved for Alzheimer’s disease therapy in several states where medical marijuana use has been approved by the state. A Google search for your state’s approved medical conditions for cannabis use will help you find out if this natural medical miracle can help you or your loved ones to relieve some of the progression of Alzheimer’s disease.