I’ve heard of falling in love, but hardly have I come across people who have fallen out of love. Is this even possible? Can your partner suddenly stop loving you? Before we answer that question, you must know that there’s a huge difference between ‘loving’ and ‘being in love’.

“Falling out of love is one of those awful parts of life that we don’t want to think about until we sense that it’s happening to us. At first, we think we’re imagining things, it’s rare we stop and ask ourselves, “does he love me?” But pretty soon it becomes clear that something is really, really wrong,” says dating coach Elizabeth Stone.

Letting go of someone that you never thought you would have to let go of is a difficult thing. When someone has stopped loving you, it may feel like the world won’t continue spinning. However, we all know that isn’t true. Letting go and moving forward with life is entirely possible, and it’s the healthy solution to having to say goodbye to someone you once loved.

When it’s time to let go and say goodbye, we are often left wondering how to go about doing that. After all, it’s not something that’s taught to us in school. Here are the best ways to let go of someone who’s stopped loving you, and move forward to a better and healing tomorrow.

“Nothing in the universe can stop you from letting go and starting over.” – Guy Finley

1. Understand why you broke up

What was it about the relationship that wasn’t working? What caused the rift that had the both of you part ways in the first place? If you can’t pinpoint the exact reason, you may want to do some thinking as to what went wrong in the relationship. This doesn’t mean that it was your fault, or their fault, or anyone’s fault at all.

Sometimes, people just don’t work out in a relationship. That doesn’t mean that there has to be a good guy and a bad guy in the break up story. Even if it still hurts, understanding why the relationship ended is a first step to allowing yourself to let them go and learn to say goodbye.

According to Wiki How, “If you’re still on speaking terms, see if your ex would be willing to talk to give you closure. If things are still awkward, try talking it out with a friend. Keep in mind, you may not always understand why. Human emotions are complicated, and the reasons for a breakup may be hard or impossible to understand.”

You don’t need to get over your heartbreak right away. There’s a reason that the phrase “time heals all wounds” is as popular as it is. While it may not be true in the sense that time heals ALL wounds, it is true that taking your time can make healing a lot easier. If you try to push yourself into feeling better and bottle up how you’re feeling, it’s only going to come back ten times harder than before.

“Sometimes time shows us that the feelings we felt were only to be felt in passing — as we passed on by and on to the next individual we love. That’s why you have to give time a chance. Even if it doesn’t do the trick of healing all your wounds, it will most certainly numb the pain. It will turn those vivid memories into blurry renditions,” says entrepreneur Paul Hudson.

The most important thing to do when you’re learning to let go is to let yourself take all the time you need in order to heal. One day, you’ll wake up and realize that you aren’t feeling the same pain as you did when it first happened. 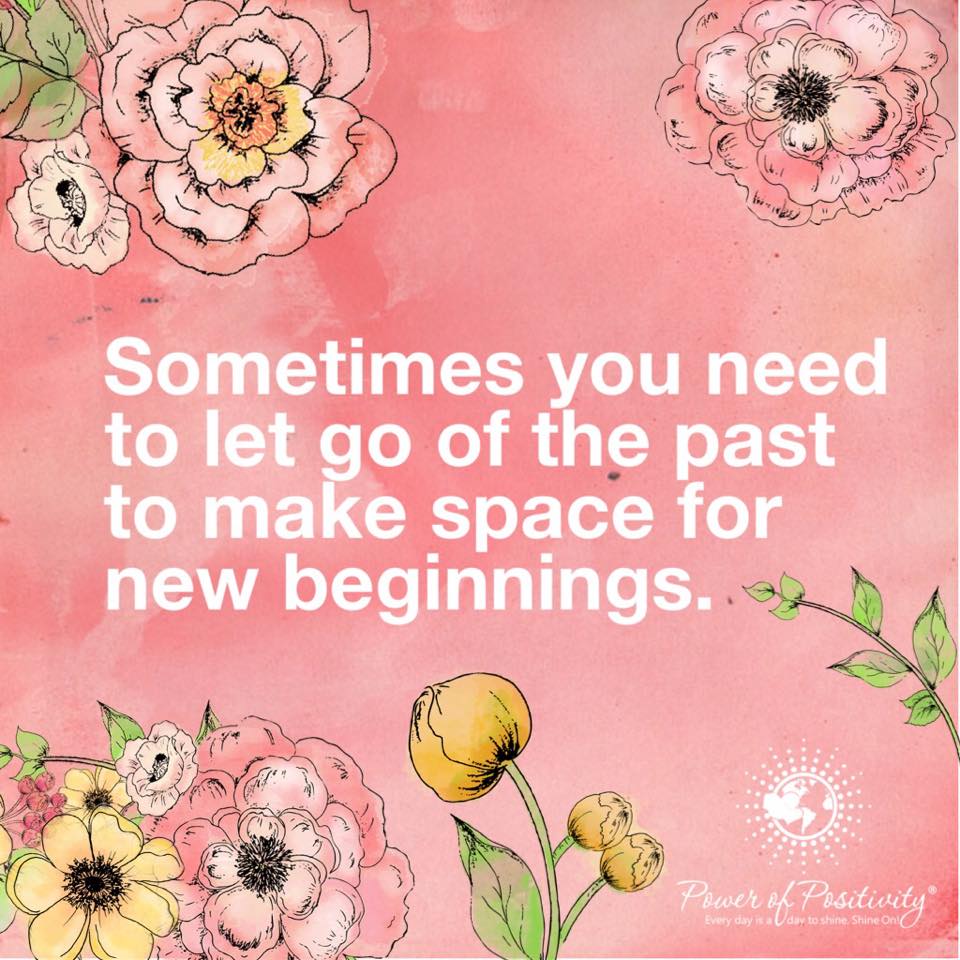 3. Understand why you need to let them go

Understanding why you need to let them go is a great tool in healing “because if you don’t those emotions will catch up with you, and you’ll end up doing something that you’ll later regret,” adds Hudson. Once you have that understanding, you will no longer feel the need to be drawn back into a relationship that has reached its expiration date.

This doesn’t mean that you have to start going on dating apps and meeting people in bars right after you’ve said goodbye. Hooking up with people won’t fix that feeling of heartbreak. However, surrounding yourself with new people will aid in your recovery. You won’t fall in love with someone new right away, but if you allow yourself to enjoy new people, you may “fall in love” with parts of people, which can help you get the feeling back in your life as it moves forward.