We all have different perspectives about dating. Some people see it as fun and full of possibilities; others downright hate it. For the latter group, their glum outlook on dating is understandable, as the path to finding a partner is often a difficult one.  “How many more guys/girls can I deal with?” “What the hell is wrong with me?” “What the hell is wrong with them?”

For those in a relationship, odds are you didn’t find your partner right away. A few of us have even gone through hell and back before finding our love – a time of tremendous joy accompanied by a sense of relief.

The uncertainty of dating has made some people fearful – a natural response to vulnerability. Dating is a risk; plain and simple. For women afraid to date, it’s important that such feelings are okay. Be patient and wait for when you’re ready.

In fact, this article is for you. Here, we discuss four reasons why women are scared to date. For our male readers, you may find that some these words describe your thoughts and feelings on the subject of dating, as well.

Here are four reasons why women are scared of dating:

“Dating is a risk, with a great reward, just remember you can keep going, or stop at any time, this is your life.” – Anon.

In two words, rejection sucks. Unfortunately, dating often involves plenty of it – which quickly becomes disheartening. In essence, being rejected is similar to being told “You’re not good enough.”

Considering the brain’s tendency to relive negative life events – and the manifestation of emotional and physical pain that rejection brings – it quickly becomes apparent why a woman who has been hurt would fear the notion of dating.

If you’ve ever been with a woman who you deeply cared for, only to have your chances squashed by some ex, then you understand the immense frustration and hurt that affects both people. (This writer has been in this situation, and it’s dreadful.)

Maybe her former was an alcoholic or drug addict, womanizer, manipulator, narcissist, control freak, or any other one of a thousand things. Unfortunately, she’s still wrestling with the abuse to which she was subjected. 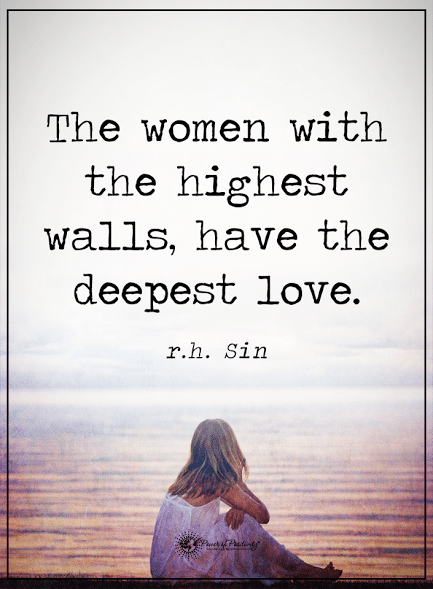 3. She’s afraid of not being single

There’s a minority out there that loves being single, and the reason is quite simple: they can do whatever, whenever. No partner = no problem. While these women may occasionally “hear it” from their family and friends, it isn’t enough to abdicate the awesomeness of “me.” While this perspective is more common in younger women, plenty of happy and successful people have the desire to “get out there.”

For most women who value their singlehood, a time comes when they long for a person to share their life with. This feeling is analogical to dipping your toe in cold water – jumping in may be refreshing, but first you’ve got to leap. Remind yourself that there’s no “time limit” to dating aside from those that are self-imposed. Take your time.

4. She is afraid of (a) Commitment or (b) Lack of commitment

While men are usually painted as the more non-committed of the sexes, women can be just as commitment-phobic. Fear of dating, as a byproduct of commitment issues, usually results from one of two things: her fear of commitment, or a potential partner’s lack thereof.

There exists a multitude of reasons for being afraid of commitment: being attached to one person for life; fearing the hypothetical ‘end’ of a relationship; not being able to achieve life goals; need for personal space – and so on.

Of the two, fearing lack of commitment from a partner is by far the more ubiquitous. Of the two sexes, it is fair to say that women are considerably more sensitive. As such, women (usually) take breakups harder. Repeated exposure to someone else’s lack of commitment takes a considerable emotional toll; enough to refrain from dating for an indefinite amount of time.

“Dating is a risk, with a great reward, just remember you can keep going, or stop at any time, this is your life.”

There is no shame in admitting to yourself that you’re afraid to date – to be vulnerable. Doesn’t matter if you’ve been a victim, or if you’re afraid of giving up your own life.

Most important, don’t allow anyone else to define happiness for you. Don’t let anyone else tell you how your life “should be.”

It’s your life; pursue your own version of happiness.