If you take nothing else away from this article, let it be this: The emotional pendulum of being in a strained relationship is probably more difficult to endure than being single.

Some of you are undoubtedly shaking your heads in disagreement. There are also plenty of people nodding their heads in the opposite direction. Both groups have a good reason for how they think and feel.

Sharing your life with someone else is a very human desire – and when absent, it can create feelings of anxiety, isolation, and sadness. Similar to those who have been in trying relationships, these people also feel the doubt, hopelessness, futility, and self-pity.

Please bear in mind that the purpose of this article isn’t to persuade you to feel one way or another! No doubt there are difficulties associated with any relationship decision.

Here are five good reasons to stay single until you find someone worth your time:

1. They’ll Accept Your Weaknesses and Strengths

Relationships often end because one person cannot accept the other’s shortcomings. While the other person’s positive attributes were enough to spark attraction; they weren’t enough to override their weaknesses in the long run.

Each and every one of us has our flaws. Part of a good relationship is having someone who accepts that weakness is part of the human condition. Someone who sees your shortcomings and loves you regardless is worth waiting for. 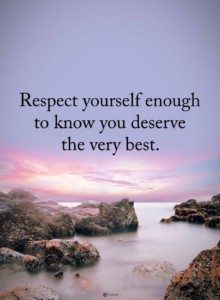 2. The Relationship is More Likely to Last

This one is kind of a no-brainer: mutual chemistry correlates with relationship longevity. When you have the strength of spirit to wait it out for someone with whom you have good chemistry, the odds that the relationship will last are excellent.

Contrast this stance with someone desperate enough to try and force compatibility. First, forcing chemistry is impossible – whether it is there or not. Second, it’s an exhausting, fruitless, and joyless endeavor. Finally, the relationship is bound to end in heartbreak. Don’t put yourself through misery.

3. The “Cons” of Being in a Relationship Instead of Staying Single

While one may have fanciful dreams about finding his or her soulmate, what’s less appealing is acknowledging some uncomfortable truths. First, when their dream becomes a reality, the amount of freedom they once enjoyed takes a nosedive. Second, fantasy is often much more satisfying than reality.

Do the “pros” outweigh the “cons”? Well, it depends on what kind of person you are.

If you are highly individualistic, the chances are good that the sacrifices required in a relationship will be a challenging lifestyle change. As with anyone, individualists get lonely too – and this is understandable. A fair warning is for everyone, however: those days of spending money as you like, living as you want, and enjoying unbridled freedom are reigned in once in a committed relationship.

4. The Stigma of Singlehood is Ending

We are arguably experiencing the most progressive period in human history. Gay marriage is legal; a woman nearly became president; yes, the perceptions surrounding us are evolving.

Data from Pew Research found that the median age for men and women to marry is at an all-time high, with men getting married around 29 and women at 27. The likelihood of getting hitched before 30 is also at its lowest point in history.

Finally, consider this: According to an 8-year meta-study by sociologists at the University of Utah, people who marry between the ages of 28 and 32 are far less likely to get divorced than those who marry earlier. 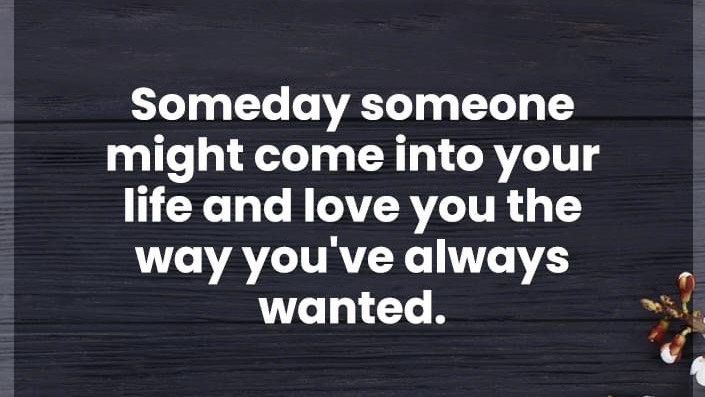 5. It’s Worth the Wait to Stay Single Until You Meet the Right One

Okay, so this writer is speaking from the heart for this last one. He made the egregious mistake of marrying someone his age (almost 29). The devastation of divorce, preceded by nearly three years of continual misery, was enough to send him reeling big time.

Long story short: he never thought he’d find someone else – the thought hadn’t even crossed his mind. And he was entirely at peace with it.

Then, she appeared. There is entirely no rhyme or reason – it just happened. Unlike his first love, this beautiful woman accepts his faults and loves him without condition. If he’d only known then what he now knows: it is worth the wait.