Prostate cancer, following after lung cancer,  is the second leading cause of cancer deaths among men.  Only exceeded by skin cancer, this condition is the second most diagnosed cancer in men.

For years, there has been a discussion of the role testosterone plays in the diagnosis of men with this disease.  In a British study, researchers reveal that men with high testosterone are almost 20% more likely to get prostate cancer.

What is the prostate gland, and what does it do?

The prostate gland is located under the bladder and in front of the rectum.  It is a walnut-shaped gland that grows in size as men age. The seminal vesicles, which make the fluid for semen, sit behind the prostate.  The urethra goes through the center of the prostate gland.  The urethra is what carries the urine and the semen out of the body via the penis.

While there can be multiple forms of cancer that form in the prostate, the vast majority of these cases are adenocarcinomas.  These cancer cells form from cells of the gland that make the prostate fluid that is added to the semen.   This diagnosis is what is found often in prostate cancer.  According to the American Cancer Society, other possible, yet very rare, diagnoses include:

Typically, doctors do not consider this to be fast-growing cancer.  Only in a few cases does this disease spread quickly.  It is even not unusual for a man who has passed away due to other causes, to have prostate cancer found despite no symptoms or previous diagnosis.

What are the possible pre-cancerous conditions for prostate cancer?

A man may develop the condition(s) that warrant further investigation, monitoring, or a biopsy due to the potential of leading to prostate cancer.

This condition comes in two possible stages.  It is recognized by a change in how the cells of the prostate appear through a microscope.  These changes do not indicate growth in other areas of the prostate, as is common in cancer.

In this condition, the cells of the prostate will look smaller, and with signs of inflammation surrounding the area.

It is essential to be able to recognize potential signs and risk factors of prostate cancer. If diagnosed, it’s also wise to be aware of possible complications.

As with many cancers, prostate cancer may not show any symptoms in the early onset.  This is why getting screening tests are essential.  While screening tests are not always accurate, the earlier cancer is detected, the better the odds are of recovery.

In the later stages of prostate cancer, a man may experience symptoms of:

The risk factors of prostate cancer are primarily related to genetics but do have other considerations:

Specific difficulties accompany having prostate cancer and its treatment:

Testosterone is widely considered a male hormone, although women manufacture it as well. In comparison, a woman’s testosterone level is 1/10th – 1/20th of a man’s.   Testosterone is considered an androgen, or steroid.  Primarily, the testes produce it, while the hypothalamus and pituitary gland control its production.  Essentially, the brain tells the testes how much to produce.

Testosterone is as important to male health as estrogen is to a woman’s health.  It is responsible for:

Testosterone as a contributing factor in Prostate Cancer

A recent study was performed at the Nuffield Department of Population Health at the University of Oxford in Britain.  Dr. Ruth Travis led it.

Researchers studied more than 200,000 British men. The results indicated that men with higher levels of naturally produced testosterone were 18% more likely to develop prostate cancer. That is when they compared the group with men of naturally lower levels of testosterone.

A second hormone, called IGF-I, was also an indicator. IGF-1 is the acronym for insulin-like growth factors.  IGF-I is a hormone naturally processed by the body. Its job is to regulate the effects of your growth hormone.   Men from the study that showed higher levels of this hormone had a 25% higher risk of developing the disease in comparison to those with lower levels.

In this study, a research team selected over 200,000 men from the UK Biobank genetic database.  They were all free from cancer at the beginning of the study.  The study took place over seven years, and in that time, 5400 of the men developed prostate cancer, and 300 died from it.

The scientists speculate that since both hormones encourage cell growth in the prostate, the increase of cell development raises the risk of mutations in the cells themselves.  Those mutated cells then also replicate, developing into cancer cells and spreading.

The researchers expect to present this study at the National Cancer Research Institute in Glasgow. 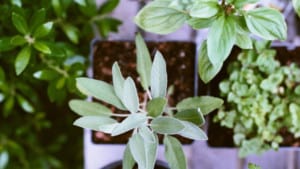 An important takeaway from the research team

One of the critical indirect facts to take away from this is that it is possible to decrease the growth hormone, IGF-I,  through diet naturally.  Men who are on vegan diets show a decrease in the growth hormone.  Maintaining a low-fat diet that is high in fruits and vegetables has also shown to aid in decreasing the risk of cancer.  Additionally, men who tend to eat less dairy also have a reduced risk of developing prostate cancer. 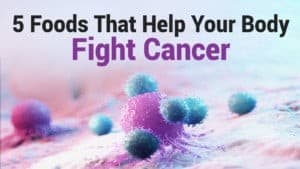 Final Thoughts on the Connection Between Prostate Cancer and High Testosterone

Continuing to study variables that contribute to the condition is instrumental in developing more accurate tests to diagnose prostate cancer early.  Currently, many men do not request screening for prostate cancer until they are already showing progressive symptoms that could be related to the disease.  By researchers finding that men with naturally high testosterone are almost 20% more at risk, doctors can be more informed.

Prostate cancer has a good prognosis for a cure if it is found early, and fortunately, most are cured.  Yet the cause for the disease is still unknown.  Researchers and scientists must continue to look at different angles to discover its cause.  This study from Britain is an excellent example of this.