“There is such pressure on kids these days to be the best at everything.” – Shirley Henderson

Times have definitely changed, as have the expectations society places on both men and women today. The 1950’s American dream of the quaint white-picket-fence home, the working dad, and the stay-at-home mom who cooked dinner every night has long faded. Nowadays, people buy huge houses that require massive loans to pay off, both parents usually work to manage their bills, and family dinners have become a thing of the past. Couples today are lucky to sit down together for even one or two meals a week.

Of course, we know things change over time, and we can’t expect the world to look the same as it did almost 70 years ago, but have we actually made progress? Or have we just added more stress to our days?

Women have traditionally been the caretakers in society, while the men worked to earn a living. Now that ideals have changed, women usually have to juggle a lot more responsibilities, especially if they’re single parents. We could write a whole book about this subject, but for the sake of brevity, we’ll focus on a few reasons why the pressure on millennials – specifically women – is at an all-time high.

Here’s why millennial women are under so much pressure to succeed:

1. They strive for perfectionism more than in past generations.

Hey, don’t shoot the messenger; we’re just reporting on the facts here. Society in general has become obsessed with the idea of perfection. With the advent of technology, this obsession has reached epic proportions. People can compare themselves with pretty much anyone online, and this can cause anything from personal dissatisfaction to mental health problems. We develop an image of what a perfect life looks like, and because we can actually see it in front of us on a screen, it seems tangible.

Two British researchers studied generational differences in perfectionism. They conducted an analysis of nearly 42,000 college students from the United States, Canada, and Britain. Published on December 28 in the Psychological Bulletin, the study required college students from 1989 to 2016 to take a test that measured self-oriented, other-oriented, and socially-prescribed perfectionism.

In conclusion, perfectionism is a sign of the times, it seems, which puts a lot of pressure on millennial women to succeed.

As we said, cultural roles have drastically changed over the past several decades. It isn’t enough to stay home and raise children while Dad takes care of the bills. Not anymore. Millennial women often must juggle a full-time job and child-rearing, while balancing duties such as taking their kids to extracurricular activities, maintaining a social life, looking after aging parents, paying bills, etc. Part of the reason they’re under so much pressure is because society expects more out of them than in the past. Being a successful woman in today’s world means filling multiple roles. Frankly, this can lead to burnout and exhaustion.

3. There’s more competition in the workplace than ever.

Millennials make up 35% of the American workforce, making them the largest generation in the labor force today. Most of the time, it isn’t enough to just have a college degree anymore. You need real-world experience, certifications, and possibly an advanced degree merely to get started in a career. Plus, our world’s population has reached an all-time high, which obviously means you have to work much harder to stand out and get noticed by potential employers.

Technology has also exploded in the past decade, and most jobs require people to learn a lot of new skills centered on technology. This places even more demand on millennial women to succeed, along with increased competition.

4. Everything is much more expensive today.

We probably don’t need to tell you how expensive higher education has become, but here are some stats. Getting a college education has grown synonymous with taking on massive amounts of debt. To put it in perspective, in 1971, tuition at Harvard University cost students only $2,600 each year. For the 2016-2017 school year, students had to pay an exorbitant $43,280 for tuition. That’s 17 times the cost in 1971 – an increase of more than 1,550%.

You might consider these depressing statistics (and you would be right), but they only serve to show how difficult it is for young people to start their lives today. For most millennial women, working a high-paying job isn’t simply an option – it’s a necessity.

Even after work or on the weekend, if our boss sends a text message or email, we usually have to remain on-call to answer. We pretty much have to stay plugged in 24/7 to meet the ever-increasing demands of work and society. Most jobs check social media profiles as well, so millennial women must ensure their accounts are polished and professional so they can keep their position. 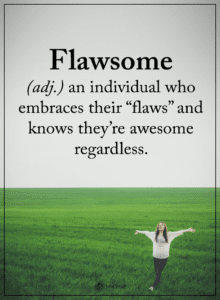 Technology plays a huge role in society today, and we all have to keep up in order to stay on top of our game. Millennial women have to maintain both their real life and virtual life, and leading two lives can take quite a toll on a person.