In this modern day and age, social media is a part of our everyday lives. As such, it’s no surprise that happy, proud parents want to share pictures of their children on these platforms. But how safe is this practice?

This trend, known as “sharenting,” is a hotly debated topic by many. Understandably, plenty of parents are concerned about the potential threats their child may face from this oversharing habit. After all, the Internet is a wild place, and anything can happen with the data you upload.

The truth of the matter is that the sharenting trend is potentially damaging and can put children in jeopardy. To keep your children safe, your best bet may be to refrain from the social media bug. Here’s how researchers reveal why posting pictures of your kids can be dangerous.

Once something is posted on the Internet, it stays there. Forever. Even when you delete it, move it around, or make your account private, those pictures are still there online, stored forever. Certain algorithms can still dig up posts you have deleted, and someone who is searching for them this way will know how to find them.

Essentially, uploaded pictures can become a sort of digital tattoo for your kids – one they may not want. This is according to clinical psychologist Genevieve von Lob. We’ve seen celebrities lose careers over old posts, after all. On top of that, anyone can take a screenshot of a post you’ve made or a picture you’ve uploaded. So even if you delete the photo, someone out there could have it.

This why a lack of mindful sharing can ruin something important in your kid’s future. A picture of your child’s injury could stop them from being accepted to a sports team one day. A controversial photograph could jeopardize job opportunities. If your child winds up in the public eye, old pictures could take them from positive fame straight to infamy.

There are lots of weird creeps online. Predators and others with unsavory intentions may be searching for their next target, and if there are countless pictures of your kid available, it makes their job that much easier.

A lot of times, identifying information is posted alongside these pictures. Someone can learn a child’s name, their favorite things, the names of family members, and where they go to school. All this information can be used to lure an innocent, unsuspecting kid in.

Even if you’re extremely careful so as not to post obvious identifying information of your child, a positive outcome is not guaranteed. It doesn’t take much observational skill for someone to notice details in those pictures that help them.

They might figure out how to identify your child by the clothes they’re wearing. Additionally, they can notice street names and commonly visited areas. They can see what kinds of toys your kid likes or what items they carry at school. All this can help a kidnapper or someone similar spot your child in a crowd, or while they’re unattended at school. It’s a dangerous game to play.

This doesn’t mean you must never post any pictures ever. Digital marketing lecturer Bex Lewis, who works with the Manchester Metropolitan University and has written a book about raising kids right in a technologically advanced age, can tell you what to do.

Most kids don’t know a whole lot about their parents’ political leanings and personal beliefs and opinions. Most of the time, they don’t know both sides of the story and are just parroting what their parents have said.

Posting a picture of your child openly attending a protest, in a photo that can be taken as a political statement, or alongside a political caption isn’t a great thing to do. Your kids don’t fully understand the underlying details behind these opinions you have.

Even if you don’t share obviously political pictures involving your kids, if you’re outspoken on politics, your child is going to get roped in. Casual photos of them next to your ideological statements are going to cause people to assume this is what your kid believes, too, when they grow up – and that’s just not fair.

4.    It affects the financial security of your kids.

Believe it or not, countless bank specialists state that posting pictures of your kids is the furthest thing to good that you can do for their financial security. As mentioned previously, these pictures contain tons of information that other people can easily observe and figure out.

A criminal wouldn’t have to scroll far down a sharenter’s feed to find all the information they need. A picture of a birthday party, often with a caption pertaining to the child’s age, gives them their birthday. They can discern addresses. They can figure out names of pets, favorite movies and teams, and full names.

We’ve talked a lot about how something shared online can never truly be deleted. You lose control over the content you post as soon as it is uploaded. You can’t even truly control who ends up seeing it, even on a private account. Anyone can take screenshots and share them.

So what happens if an embarrassing photograph falls into the wrong hands? Your child could face trouble at school. They might face name-calling and bullying, or even lose friends, because of an old picture – or even a current one. If your kid doesn’t want a picture posted, or feels embarrassed by a photo, don’t share it with others.

In addition, if your family becomes a target of online harassment for any reason, your child and their pictures will be caught in the crossfire. The dangerous mob mentality of the Internet leads to many people taking things too far, and this can affect your kids.

Bullying is always the fault of the perpetrators, but dealing with its negative effects is not easy. Positive thinking can only get you so far, and your child may end up suffering mentally and physically for it.

6.    Identity theft and unwanted use become a serious concern.

Pictures can be stolen. That goes without saying. Pretty much anyone could take what you share online and repurpose it. You may think that stolen pictures don’t count for much, but in this digital age, you’d be surprised.

A trend known as “digital kidnapping” now occurs online, and it’s a form of identity theft. Essentially, what happens is someone takes pictures of a kid from social media and posts them on their own account. They will then claim this child is theirs, give them new names and “backstories,” and claim them as their own.

This sounds outlandish, but it’s such a serious problem that many mothers around the world have complained about digital kidnapping. That’s why posting pictures of your kids can be dangerous – those photos become fair game for anyone who can access them.

In addition, there is a less sinister but equally disturbing trend called baby role-playing that occurs on social media. You can see it in action by searching up hashtags like #BabyRP, #KidRP, and even #AdoptionRP on most social media platforms.

This trend involves “role-players” taking pictures of random children and posting them, adding captions and stories and pretending to either own them or even be that child. Many times, these captions and role-playing scenarios can take a dark turn. It’s extremely creepy, even in the most potentially positive of situations – and most parents do not what their children involved in such practices.

7.    Posting pictures of your child violates his or her privacy.

There are plenty of ethical issues involving posting pictures of your kids online without their consent or understanding. Imagine your own parents grabbing a photo album filled with embarrassing baby pictures of you and showing them to complete strangers they meet in their daily lives. It’s weird and invasive.

Beginning the age of five, kids start to develop a unique personality and become concerned about privacy and similar issues. According to social psychology professor Sonia Livingstone, who works at the London School of Economics’ department of media and communications, even young children have opinions about this. 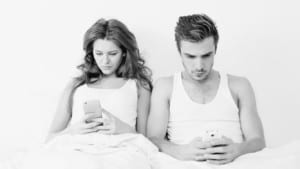 Many young kids Livingstone has met talk about how they don’t want their pictures online and wish they had been asked for permission before posting the images. In fact, it’s such a huge violation of privacy that some kids grow up to sue their parents for posting pictures that shed a less than positive light on private moments.

Ignoring a child’s pleas to stop posting pictures of them on social media can make them feel like they have no rights over their bodies and image. They might feel like they are not entitled to consent. It just sends the wrong message to young, impressionable, developing kids.