Perhaps we can design technology and video games that people will enjoy and that will successfully promote altruistic behavior in the real world.

A computer simulation giving people temporary superpowers may actually cause them to behave more empathetically in real life, according to a study conducted by researchers from Stanford University and published in the journal PLOS ONE.

Because prior research has shown that playing violent video games can produce aggressive behavior, the researchers sought to see whether a similar effect could be produced with empathy. Researchers decided to use Stanford’s Virtual Human Interaction Laboratory to imbue people with a superhuman ability that they would associate with being a superhero.

“We thought about giving them x-ray vision, but that was a little creepy,” researcher Jeremy Bailenson said. “We considered the ability to breathe underwater, but that didn’t seem like much of a superpower. In the end, flying like Superman easily registered, and it best leveraged the unique capabilities of the lab.” 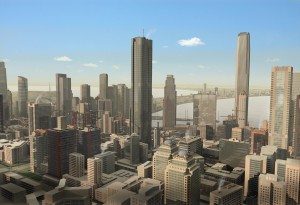 The study was conducted on 30 men and 30 women. Each participant was placed inside the virtual reality simulator wearing goggles to make it appear that they were flying above a city. Half the participants were flying under their own power, like Superman, and controlled their flight by means of arm motions as wall-mounted speakers produced the sounds of wind flying by. The other participants were in a simulation that involved flying by means of a helicopter, and ground-mounted speakers produced vibrations to simulate the feel of the chopper. All participants were told that they needed to find a diabetic child who was stranded somewhere inside the city so that the child could receive an insulin injection. The simulation was designed so that no matter what the participants did, they found the child after two minutes.

All participants were then given a standard test of empathy, in which they sat with an experimenter to answer a sham questionnaire. The real test occurred when the experimenter “accidentally” knocked over a cup containing 15 pens. The experimenter would wait five seconds before starting to pick them up herself, then collect the pens at a rate of one per second.

In a follow-up, researchers assigned participants to either help find the missing child or simply to ride around the city instead. They found that regardless of which task they had been given, superpower participants were still significantly more empathetic than helicopter participants.

Further research may uncover which part of the simulation led to increased empathy.

“Perhaps we can design technology and video games that people will enjoy and that will successfully promote altruistic behavior in the real world”, Bailenson said. 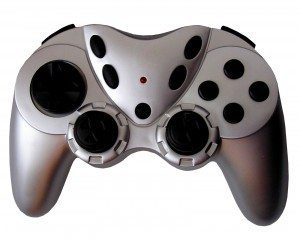 Your turn–share your thoughts about his subject with us on Facebook.

Poachers claimed the lives of two of the final three white giraffes in Kenya. Kenya is a country located in easte...

For those who are unfamiliar with the term global warming, it refers to a sustained increase in the Earth's atmosphe...

Environmentalists Predict the Consequences of Oil Spill in Arctic Circle