When you overthink, your brain and body go into overdrive trying to come up with solutions to problems that may not even exist.

Often, we create problems by engaging in rumination, worrying about the future, or just making mountains out of molehills. Life could become so much simpler for all of us if we simply allowed ourselves to experience existence without having to analyze it.

Sadly, overthinking has become an epidemic throughout the world as our lives have gotten increasingly complicated. One study from the University of Michigan discovered that 73% of adults between the ages of 25 and 35 and 52% of 45-to 55-year olds overthink.

You might argue that when you overthink, you can solve more problems than if you allowed your mind to relax, but research disproves this theory. Often, rumination simply causes more problems, because when your mind races in so many different directions, you can’t think clearly.

“We are dying from overthinking. We are slowly killing ourselves by thinking about everything. Think, think, think. You can never trust the human mind anyway. It’s a death trap.” ― Anthony Hopkins

Below, we’ll talk about what happens on a biological level when you overthink, and tips on how to quiet your mind. 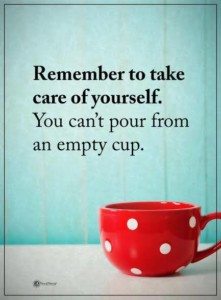 Science explains what happens when you overthink:

1 – It could shorten your lifespan.

According to a study from Harvard University, neural overactivity could lower your lifespan, while doing less thinking can increase it. So, when you overthink, you might just be taking years off your life due to the stress it creates within your mind and body.

Researchers found that neural excitation, caused by an overactive nervous system, acts on the insulin and insulin-like growth factor (IGF) signaling pathway in the brain.

They found that a protein called REST, known to regulate genes gets activated in the thinking process and suppresses neural excitation. In animal studies, blocking REST increased neural activity and led to earlier deaths, while boosting it did the opposite.

Scientists discovered that people who lived to 100 or longer had much more REST in their brain cells than those who died in their 70s or 80s. The researchers found that in many animals such as worms and mammals, REST suppresses the expression of genes that play a role in the excitation of neurons, such as ion channels, neurotransmitter receptors, and structural components of synapses.

Lower excitation activates a family of proteins known as forkhead transcription factors in the brain. These proteins have increase longevity via insulin/IGF signaling in many animals. This pathway also becomes activated by restricting calories, according to researchers.

The implications of this research are huge. That’s because by targeting this protein through medication or mind-training exercises such as meditation, people could enjoy longer lives.

We’ve all had those nights where we toss and turn in our beds, trying to shut our brains off and stop overthinking. However, trying not to overthink usually just makes it worse, and we wake up feeling irritable and sleep-deprived.

Not to mention, insomnia creates a vicious cycle because poor sleep can cause an increase in anxiety and depression, which can create more overthinking. To get to the root of the problem, we have to target the habit of rumination itself.

3 – When you overthink, you have a harder time making decisions.

At the heart of overthinking lies the desire to control situations and predict what will happen. However, no amount of thinking will ever lead to an ability to know how the future will unfold, so increased thinking will simply cause heightened anxiety.

We often create scenarios in our heads that never even happen in the first place. Overthinkers want to know every aspect of a plan, and when they don’t have one, they feel helpless and out of control.

Giving up control might seem hard, but just remember that rumination decreases your power. You spend so much energy trying to avoid problems that you have none left to tackle them as they come.

4 – It can cause headaches.

Headaches usually mean that we either have a nutrient deficiency or need a break from thinking for a while. Many people live too much in their heads and analyze every situation to death, and this overactivity can lead to physical pain.

You should pay attention to your thoughts because peaceful, happy ones don’t have the same effect as negative, self-defeating ones. Doctors say that if you’re under a lot of stress, you may have tension headaches quite often.

5 – It can lead to stiff joints and muscles.

Thoughts create our reality, so rumination can cause physical symptoms as well. Ruminating over situations creates stress in the body because our mind thinks we have an immediate problem we need to solve.

Remember, our brains still think we live out in nature, where we need to respond quickly to threats in our environments. However, in our modern world, most of us don’t face life-or-death situations very often.

Rumination leads to an increase in cortisol, which helps prepare us to respond to a threat. Sadly, in our modern world, our brains have become confused because while responsibilities can cause stress, they don’t pose an immediate threat to our well-being most of the time.

When you think too much, try to look at the situation from a different perspective. Is anything wrong, or is your mind just creating problems? 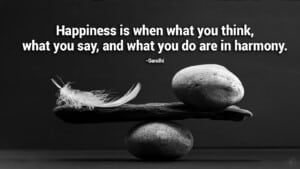 Here’s how to stop the habit of rumination:

Now that we’ve talked about the dangers you face when you overthink let’s talk about how to break this nasty habit. You’ll find that you feel much more energized and able to think clearly when you gain control of your brain and don’t allow it to control you.

In reality, you just want to think less, but it helps to start by at least making your thoughts more constructive. If you can flip the switch and simply restructure your thoughts, you’ll notice the repetitive thinking decrease. It all starts with awareness. Once you notice the negative thoughts, try to reframe them into something better. It will take some practice, but once you do this for a while it will become a

Maybe your daily schedule causes unnecessary stress, and you just don’t realize it. Notice what times during the day you feel tenser. See if you can change up your routine to help mitigate the stress.

For example, in the mornings, do you wake up and immediately look at your phone? If so, make it a point to avoid unlocking it until after you’ve showered, meditated, and had time to relax into your day. Also, don’t turn on the news in the morning because it will create tension from the moment you wake up. Remember to tackle one task at a time as well, because multitasking will only lead to more chaos in your mind.

Much of our ruminating comes from delaying decisions. At the start of each day, figure out what things you need to take care of, in order of importance. If you need to make a big decision, give yourself a cutoff point so that you don’t spend any extra energy mulling over your options. 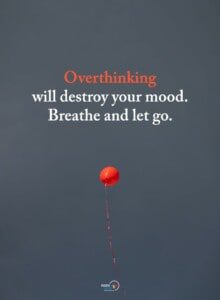 Final thoughts on what happens to your body when you overthink

When we overthink, it just makes life more complicated and takes us away from the present moment. While we do need to use our brains to make decisions, we shouldn’t overuse them. In society today, we have a chronic overthinking problem, and it’s ravaging our health.

Our brains can serve as powerful tools, but only when we make them our master. If given a chance, they will run amuck and cause problems that don’t even exist in reality in the first place.

However, a clear mind provides us with the opposite: quality sleep, a longer life (potentially), better mental health, a relaxed body, and ease in making choices. In other words, we can tap into the flow of life when we allow ourselves to let go and not overthink things.

Try this for just one week and see what kind of results you get. Relax! Only use your brain when you need to, and the rest of the time, just enjoy the art of being. Become the master of your thoughts, and you’ll see the beauty of life unfold before you.