Along with becoming wiser and gaining more life experience as we age, many of us will also develop health problems that we never saw coming. And some of these health problems might even be vision-related.

To further put this into perspective, we need only take a look at a study published by the BrightFocus Foundation. That’s a nonprofit organization that takes great pride in supporting research aimed at putting an end to neurodegenerative diseases, macular degeneration, and glaucoma. According to the study, glaucoma affects the lives of more than 3 million people in America. Of those, 2.7 million people age 40 and over struggle with a severe form of the condition. The disorder is open-angle glaucoma.

That said, being able to identify the early signs of these vision problems can go a long way toward helping you maintain sharp, healthy eyesight well into your golden years.

What you may not know about glaucoma

According to a 2010 study published by ResearchGate, a social networking website aimed at scientists and researchers, glaucoma is the second leading cause of blindness behind cataracts. To further put this into context, the study revealed that, in 2010, cataracts played a role in 51 percent of cases involving blindness. By comparison, glaucoma was a contributing factor in 8 percent of all cases. And the interesting facts related to this vision-robbing condition do not end there. That’s because both race and ethnicity both appear to play a role when it comes to who is most at risk of developing it as they get older.

It should also be noted that a separate study published by the American Optometric Association revealed that the risk of developing glaucoma-related vision problems is higher among African Americans compared to that of Caucasians. The study also noted that the vision-robbing condition tends to affect African Americans at a younger age. To put this into perspective, most African Americans will start experiencing symptoms around the age of 40. By comparison, most Caucasians and other races will generally develop symptoms when they reach age 60 and over.

It is also worth noting that, in many cases, glaucoma-related vision problems are hereditary. As such, if an individual’s parents or siblings have this vision-robbing condition, the chances of them developing it themselves is quite high. 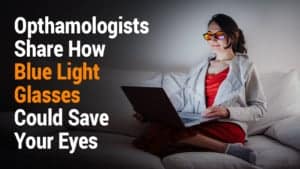 Now that we have a better understanding of who is most at risk of developing glaucoma let’s turn our attention to what causes the condition to occur in the first place. First and foremost, glaucoma is not a singular eye disease. Instead, it is a group of eye conditions that sometimes stem from an excessive build-up of fluid pressure, called intraocular pressure, in one or both eyes.

If there is too much fluid pressure in the eyes, it can give way to damaged optic nerves. However, this damage is not the case for everyone. And just for reference, optic nerves are the nerves responsible for transferring visual data to the brain, which, in turn, helps you identify your surroundings. The longer an individual has elevated fluid pressure in their eyes, the more likely they are to suffer vision loss.

What are the different types of glaucoma-related vision problems?

When it comes to glaucoma-related vision problems, there is more than one type. With that, let’s take an in-depth look at the different variations of this vision problem: 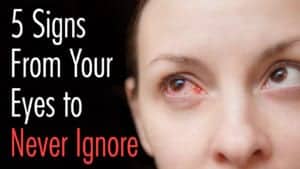 This specific variation of this vision problem is the most common, insomuch that it accounts for more than 90 percent of glaucoma-related cases in America. Further, from a worldwide standpoint, it is the most common form of this eye disease. Open-angle glaucoma-related vision problems develop gradually and are often painless. As such, they often go unnoticed until one’s vision has become severely impaired. That said, the condition is characterized by fluid that remains trapped in one or both eyes as opposed to flowing through the trabecular meshwork, which is, for lack of a better term, the eye’s drainage system.

All in all, the build-up of fluid in the eyes places a tremendous amount of pressure on the optic nerve, and if left untreated, the condition can give way to blindness. It should be noted that open-angle glaucoma-related vision problems are especially common among African Americans.

This particular vision problem is markedly different from the open-angle variant. Instead of gradually developing over time, congenital glaucoma-related vision problems are present at birth. According to a study published by the American Academy of Ophthalmology, this eye condition is a byproduct of abnormal eye development that occurs in the womb and tends to run in families. That said, symptoms of congenital glaucoma-symptoms will usually start to present themselves when a child is only a few months old. And they can include the following:

This particular subset of glaucoma is often precipitated by eye disease, with some of the most common being uveitis and systemic diseases of the eye. However, it can also result from taking certain prescription-based medications, including corticosteroids.

Unlike open-angle glaucoma-related vision problems, which are especially common among African Americans, angle-closure glaucoma is quite common among Asians, with over 50 percent of individuals in Asian countries reportedly struggling with the condition. It is also important to note that, unlike other forms of glaucoma-related vision problems, the angle-closure variant is extremely painful. And this arises from elevated levels of aqueous humor fluid trapped in the eyes. The liquid then places an extraordinary amount of pressure on them. 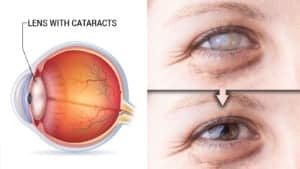 What are the early signs of glaucoma-related vision problems?

The best way to safeguard the health of your eyes is being able to recognize the early signs of vision problems. And glaucoma-related vision problems are no exception in this regard. According to an article featured in emedicinehealth.com, glaucoma-related symptoms can vary depending on the type of glaucoma-based eye problem an individual has developed.

For those with angle-closure glaucoma, for example, severe eye pain, sensitivity to light, watery, cloudy eyes, and eyes that are chronically red or irritated are among the more common symptoms. Aside from severe eye pain, those with congenital or secondary glaucoma-related vision problems will often experience the same symptoms. In severe cases, individuals with either of these eye conditions might also experience the following:

Several other symptoms connect to glaucoma-related vision problems. However, those outlined in this article are most commonly reported by those struggling with the condition.

Before detailing the steps that a doctor will take to diagnose and treat glaucoma-related vision problems, it is worth noting that an ophthalmologist rather than an optometrist should see individuals.

Both practitioners are capable of resolving refractive errors, such as myopia, hyperopia, astigmatism, and presbyopia. However, an ophthalmologist completed the additional training necessary to diagnose and treat a broader range of eye disorders. With that, an ophthalmologist will perform a battery of tests to assess a patient’s overall eye health, some of which include the following:

What treatments are available to those struggling with glaucoma and age-related vision problems?

It is important to note that, as of the writing of this article, there is no cure for glaucoma. However, there are treatments available that can help prevent the condition from worsening and giving way to vision loss. To that point, the most effective treatments are those lowering the intraocular pressure in the eyes. With that in mind, some of the more commonly ophthalmologist-prescribed treatments include

In cases where an individual already has severely inhibited vision, ophthalmologists might recommend eye surgery. Depending on the glaucoma-related vision problem, the practitioner will recommend one of the following surgical procedures: