Narcolepsy, a neurological disorder, affects a person’s ability to wake and sleep normally. During the day, those who suffer from this disorder will experience overwhelming sleepiness during the day. Once they are asleep, they’ll enter the REP sleep cycle immediately and this can sometimes even happen when they’re awake.

There is more than one type of narcolepsy, too. Type one causes sudden muscle tone loss, making the person weak and unable to control their muscles (called cataplexy). Type two is without cataplexy.

This disorder can severely interfere with the day-to-day life of those who suffer from it. Knowing the causes, symptoms, and treatment can help manage it and ease the effects.

The Difference From Normal Sleep Patterns

When a person who has normal sleep patterns falls asleep, their sleep cycle begins with non-rapid eye movement sleep (also known as NREM sleep). Their brain waves slow down significantly and, after about an hour, their rapid eye movement sleep (also known as REM sleep) cycle begins. During the REM sleep cycle is when dreaming occurs.

For those who suffer from the disorder, however, this isn’t the case. Instead of beginning with NREM sleep and staying in that cycle for a while, they instantly enter a REM sleep cycle. This happens even during a quick nap during the day.

Furthermore, brain changes that typically occur only during REM sleep can actually occur when the person is awake. These changes include cataplexy, sleep paralysis and hallucinations.

Causes, Symptoms, and Treatment of Narcolepsy

While the exact cause is unknown, it is believed that it is due to low levels of a chemical called hypocretin. This chemical is a neurochemical in your brain that works to regulate REM sleep and wakefulness. When this chemical isn’t being produced appropriately, it can cause an autoimmune reaction that is believed to be linked to the disorder

Genetics may also be a small link to what causes this disorder. There is only about a 1% chance that a parent will pass it on to their child, but the possibility is there, none the less.

Another idea is that children who have been exposed to the Swine Flu (also known as the H1N1 flu) have a higher chance of developing narcolepsy. There is a vaccine that is used in Europe that is meant to make people immune to the Swine Flu, but that vaccine has also links to this sleep disorder.

It is also important to note that the onset of this disorder generally occurs in people between the ages of 10 and 30.

This sleepiness will cause you to fall asleep unexpectedly during the day and you will stay asleep for anywhere from a couple of minutes 30 minutes.

It’ll be difficult to concentrate and function properly.

3 – The sudden and unexpected loss of muscle tone

Mentioned before, called cataplexy, this symptom can cause slurred speech and weakness of muscles. It can last for a few minutes at a time. It can stem from emotion such as laughter, excitement, fear, surprise or anger.

When falling asleep or waking up, you may feel unable to move or speak. It can last for up to a few minutes.

This should only occur when people are sleeping at night and after they’ve been asleep for about an hour. For people with this condition, it happens anytime and almost immediately after falling asleep.

You may feel as if a stranger is in your room as you are trying to fall asleep or as you’re waking up. Other hallucinations can occur and they’ll be vivid and seem real.

6 Lifestyle Changes That Help A Person Live With Narcolepsy

Know that doctors will offer to prescribe drugs upon diagnosis. However, some medications prescribed are methamphetamines. Many patients prefer to make lifestyle changes with great success. Here are a few.

Go to sleep at the each time each night, and wake up to your alarm each day. You should do this even on the weekends. Once you establish a routine that works best for you, you might find some improvements.

Short naps during the day for about 20 minutes will help reduce daytime sleepiness. Take the naps at regular intervals and you’ll likely figure out long these naps help you feel alert.

While alcohol, coffee, or cigarettes may trick you into feeling relaxed–at least for a short while–the effects are short-term. Indeed, they can have the opposite of your intended desired outcome and disrupt your system even more.

Moderate exercise about three hours before bedtime can help ease the symptoms. However, studies suggest that a workout too close to bedtime can interfere with your sleeping patterns.

On the other hand, an additional study claims that exercising in the evening has no impact on slumber.

However, both studies do agree that working out can improve sleep quality. So, do what feels right for your body.

Tell those who you are around regularly about your diagnosis so that they understand and can help out when needed. Find support groups, counseling, and additional lifestyle recommendations from valuable resources either online or in your community.

While eating healthy will not cure narcolepsy, it will help deliver the nutrients needed to fuel you throughout the day. Choose whole foods, plenty of fruits and veggies, and lean protein. You’ll feel better from this dietary change. 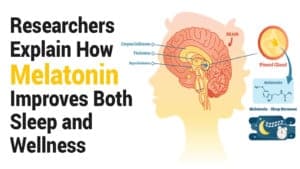 How Doctors Make a Narcolepsy Diagnosis

In order to get medically diagnosed, you’ll need to visit your doctor. They may be able to make an early diagnosis based on your daytime sleepiness and cataplexy, but a formal and more advanced diagnosis will have to come from a sleep specialist.

With the specialist, the person will stay overnight for a sleep analysis. Using sleep analysis and other information, a formal diagnosis can be given. That’s when the treatment plan can be determined.

The information needed for a formal diagnosis include:

Sleep history is more than just generalized habits. This will require that a person track their levels of daytime sleepiness on a scale called the Epworth Sleepiness Scale. The scale uses questions to determine just how likely you are to fall asleep during certain times of the day or certain situations.

This document will be a journal where you track your sleep patterns for a couple of weeks. You’ll also likely have to track your alertness during your waking hours, as well. A specialist may want to compare the two.