Melatonin, which is sometimes called the sleep hormone or MT receptor, is primarily produced by the pineal gland in the brain. It helps to regulate a person’s circadian rhythm. As such, some even describe it as a natural pacemaker for sleep cycles.

Both the body’s circadian rhythm or internal clock and the amount of light someone is exposed affect how much melatonin the pineal gland makes. The hormone levels usually start to increase after sunset. Then, they remain high throughout the night and then decrease after sunrise. That cycle causes a person to wake up. Scientists believe that the hormone can promote wellness in a variety of ways, including the ones listed below.

As already mentioned, melatonin helps regulate a person’s internal clock and helps them fall asleep. It reduces the amount of dopamine in a person’s eyes, and dopamine is a hormone that helps people remain awake. The hormone also binds to receptors in the brain to promote relaxation by reducing activity in the nerves. People who have insomnia often don’t produce enough MT, so they take supplements to help them fall asleep.

Want to give melatonin supplementation a try? You take them orally. Each capsule contains between one and ten milligrams. And, most professionals recommend you take the tablets 30 to 60 minutes before going to bed. Consult with an herbalist to confirm the best dosage.

If you prefer to “eat your medicine,” you are in luck. Some foods also contain melatonin. Examples include the following:

People can also use natural light to stimulate the production of MT. Shortly after waking, a person should expose themselves to sunlight by opening their curtains or going outside to exercise. The sunshine will make them feel energetic and alert. As the sun sets, the hypothalamus will detect the change in light and tell the pineal gland to produce more MT in preparation for bedtime.

2. It May Treat Eye Diseases

Melatonin contains antioxidants, and most mammals’ eyes have mechanisms for synthesizing MT. Researchers note that it is an antioxidant that protects the eyes from free radicals and stimulates the production of other antioxidants. They speculate that it may be used as a treatment for eye diseases like age-related macular degeneration and glaucoma, both of which can cause blindness.

In 2005, the Annals of the New York Academy of Sciences described a study in which scientists worked with 100 patients who had age-related macular degeneration. The researchers had the patients take oral supplements over six to 24 months. They found that the patient’s eyes did not get any worse. Thus, they concluded that the supplements protected them.

3. It May Relieve Heartburn and Ulcers

The hormone’s antioxidant properties can help people with stomach ulcers or heartburn.

In 2011, the Journal of Physiology and Pharmacology described a study in which researchers worked with patients who had ulcers. The scientists divided the patients into three groups. While all the patients received a drug called omeprazole, one group also got MT, a second group received L-tryptophan, and the third group got a placebo. The researchers found that the groups who were given MT or L-tryptophan along with their medication showed more and quicker signs of healing than the group that took the placebo.

Similarly, the science journal BMC Gastroenterology shared a study in which researchers worked with patients who had Gastro-Esophageal Reflux Disease (GERD). They found that pairing omeprazole with MT sped the healing process. MT also helped protect the digestive tract from damage caused by ulcers, and it reduced heartburn.

4. It May Reduce Tinnitus

Tinnitus, more commonly known as “ringing in the ears,” is a condition in which a person hears a continuous ringing or other noise in their ears. It often gets worse when there is little actual background noise or when somebody is trying to fall asleep.

A science journal called The Annals of Otology, Rhinology, and Laryngology described a 2011 study in which scientists studied the effects of MT on 61 patients with chronic tinnitus. They found that patients who had been given MT had milder symptoms and slept better than had those who were given a placebo. Interestingly, MT worked best on men who did not have a history of depression. It was also most effective on people with severe tinnitus who had not been treated for the condition before, and it also worked well on patients who had a history of noise exposure.

Seasonal Depression, which is also known as Seasonal Affective Depression (SAD) or “winter blues,” is a common condition that may affect around 1/5 of American adults. The condition may be related to changes in the amount of light a person is exposed to and to changes in their internal clock.

In 2006, The Proceedings of the National Academy of Sciences of the United States of America published a study that linked seasonal depression to abnormalities in the patient’s internal clock. People with jet lag or who did shift work at odd hours had the same abnormalities, as did some blind people. The researchers noted that bright light is often used to restore a patient’s internal clock to normal. They also tested the effects of MT on patients by administering treatments at different times of the day. They found that most patients with seasonal depression got the most benefits if they took a small dose of MT in the afternoon.

The scientists admitted that they need to complete more research to verify this claim.

6. MT May Increase the Production of Growth Hormone in Young Men

As with other people, melatonin can help a child with autism fall asleep to sleep more easily. MT can also help relieve some of the other problems associated with the condition such as depression, digestive tract disorders, and anxiety and thus improve a child’s overall wellness.

In 2018, Current Developmental Disorders Reports published an overview describing ways that MT can help a child with autism. The authors noted that other parts of the body besides the pineal gland could secrete MT. Examples include the retina, digestive tract, lungs, and renal cortex.

The authors mentioned that some studies found that children with autism often show abnormalities in their production of MT, which affects their ability to fall and remain asleep. Consequently, many children with autism have insomnia and similar disorders. They are also prone to anxiety and depression, and some clinical trials have demonstrated that MT can ease both conditions. MT has also been found to ease pain, which may help those children who are hypersensitive to environmental stimuli. Researchers are not yet certain what causes MT’s analgesic qualities.

MT is one of the supplements that may help lower blood pressure. Others include Vitamin D, folic acid, and anthocyanins.

In 2004, the science journal Hypertension described a study in which researchers worked with men who had hypertension or high blood pressure. They had them take MT an hour before going to bed every day for three weeks. While the treatment did not affect the subjects’ heart rates, it did reduce both their diastolic and systolic blood pressure. 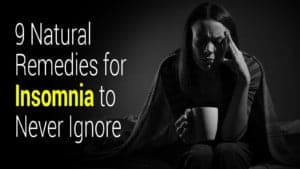 9. MT May Defend Against Cancer

People with higher levels of MT may be less susceptible to some types of cancer. The Natural Medicine Journal published a 2010 overview of various studies that indicated that MT reduced the risk of breast cancer. Conversely, people with naturally low levels of MT had a higher risk of developing breast cancer.

Similarly, higher levels of MT may protect men from prostate cancer. Since MT has antioxidant properties, it can stimulate white blood cells, which will then attack cancer cells.

Some doctors will use MT as a complementary treatment for various types of cancer, including prostate, gastrointestinal, lung, breast, and brain cancer. They will also use it to help relieve some of the side effects of chemotherapy like weakness, nerve pain, and weight loss. 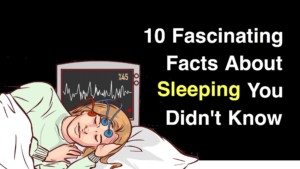 While MT can come in topical and spray forms, it works best with precise dosage. Consequently, doctors usually recommend oral forms like capsules, lozenges, or liquids. They also advise taking it at the same time every day before going to bed.

There is some evidence MT has contraceptive effects, so a woman who is trying to get pregnant should not use it. People taking any kind of prescription medication should talk to their doctor before taking MT to avoid the risk of drug interactions.

MT causes drowsiness for several hours. Consequently, people should not drive or operate any kind of machinery until the effects wear off.