Earl Miller is a very smart man. So smart, in fact, that the Massachusetts Institute of Technology (MIT), one of the most prestigious institutions of higher education in the world, has given Mr. Miller his own lab to conduct research on the brain. One of Miller’s primary research interests is the effect of multitasking on the human brain – and he’s discovered (along with many others) that multitasking is a (very) bad habit. We’re going to dig a bit deeper into his research a bit later.

People multitask in various ways; so to provide a point of reference going forward, we’re going to clarify. The American Psychological Association (APA) explains the various methods of multitasking:

Multitasking can take place when someone tries to perform two tasks simultaneously, switch from one task to another, or perform two or more tasks in rapid succession.

Despite massive amounts of research explaining why multitasking is counterproductive, people do it all the time – often without realizing it. Why? Because multitasking as an “acceptable,” even a desirable “skill.”

Some quick examples: when applying for a job, one of the requirements is often “the ability to multitask”; at home, we try to manage five different responsibilities at once; when driving, we’ll talk and/or text (!) on the phone…and on and on.

“When you try to multitask, you typically don’t get far enough down any road to stumble upon something original because you’re constantly switching and backtracking.” – Earl Miller, MIT Neuroscientist

Miller, along with other neuroscientists, explain that the brain’s attention capacity is limited. The reason: the brain is an energy-hungry organ, and we can only consume and expend so much.

Interesting tidbit: the human brain uses more energy than any other organ, accounting for over one-fifth of the body’s total energy consumption. Like gas in a car, when our “brain fuel” is out, it’s out.

Multitasking expedites the rate at which the brain expends energy, kind of like how “flooring it” in a car wastes fuel. Miller calls this energy expenditure the brain’s “switching cost.” Fortunately, this is one mechanism of the brain that can be mitigated. We can manage some of our brain’s energy.

One of the biggest contributors to this “switching cost” is your smartphone. Speaking of which…

Part of Miller’s research on multitasking is what he calls the “Digital Divide,” or the effect of digital devices relative to multitasking. His work in this area has actually led to the creation of a Today Show series bearing the same name.

In an interview, when asked about the prolific use of electronic devices Miller replied: “There are downsides to using devices. We are too superficial and we are constantly changing what we pay attention to.”

The ubiquitous use of electronics, particularly smartphones, has led to more and more multitasking. Professor Miller states that this is a serious problem: “Our brains are not designed for all this information…yet our brains want to seek out this information even though it is maladaptive.”

What about people who contradict science and think they’re actually good at multitasking? Well, Miller says that you’re probably the worst at it. 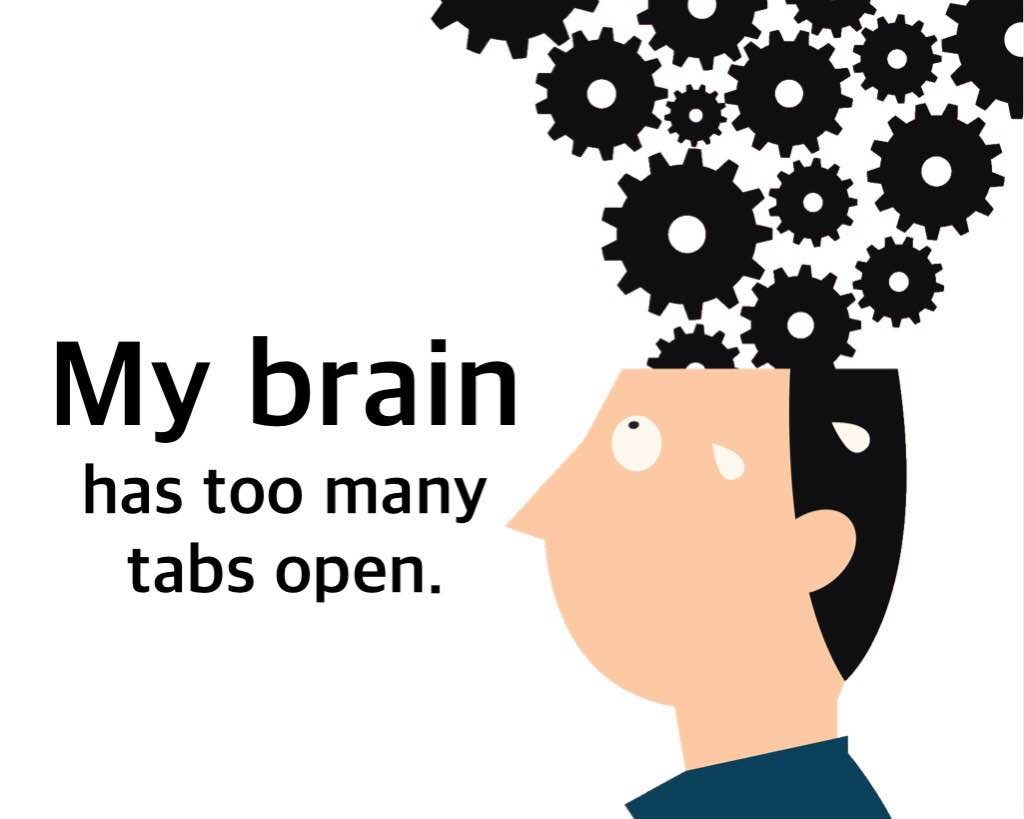 Though the problems of multitasking may sound complex, the solutions are not. Professor Miller has provided some specific recommendations to help our brains focus:

– First, block out periods of time during the day to focus.

– Second, eliminate all distractions from the environment. Stash the phone away, turn the computer off, shut down email and instant messaging, for example.

– Third, if you find it difficult to concentrate at any point during the day, it may help to take a short break and move your body. Miller states: “Increasing blood flow to your brain can help restore focus.”

Other recommendations: avoid multitasking completely and focus on one (and only one!) thing at a time. When we “single-task,” the brain is less prone to make mistakes and we’re likely to be much more productive.

Finally, Miller adds: “I know all these things and I am as guilty as anyone else.”

We all are, Professor…we all are…