In a society that places an incredible amount of emphasis on multitasking, it can be difficult to justify to ourselves the benefit of doing one thing at a time. First off, many traditional working environments don’t provide the structure to single-task. Business offices, now more than ever, utilize computers and networks that implement instant messaging, email, and other “productivity” tools. Since we spend a disproportionate amount of time at the office, it is easy to allow these habits to sink in.

“The quickest way to do many things is to do one thing at a time.” – Christopher Westra

While these behaviors may appear completely fine, multitasking is actually a disadvantage. To be clear, it is possible to multi-project, that is, to work on multiple projects. As long as we’re consciously approaching each project in a “task-by-task” manner, we can still be very productive. However, many of us are still quite inept at working on one thing at a time.

So, why is single-tasking better than multitasking? Here are 10 reasons: 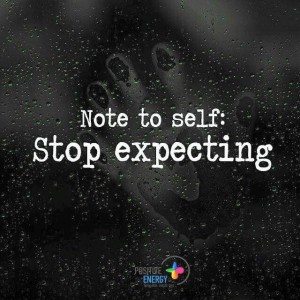 Our brains consume more energy than any other part of our body. When we single-task, we wholly direct our attention to the task at hand. Multitasking is more taxing on the brain’s energy reserves because we’re constantly shifting attention. Our short-term memory is also benefitted because we’re not continuously attempting to remember where we left off, and on what task. This added benefit also helps to keep our energy levels up.

Simply put, the human brain is not designed to multitask. Studies have consistently shown the performance benefits to directing our attention spotlight onto one thing and one thing only. When researchers from Harvard, Stanford and the University of London were polled, they all stated that productivity can be reduced by as much as 40 percent.

When we single-task, we are laser-focused on what’s in front of us and nothing else. What does this enhanced focus do? For one, it establishes certain patterns of behavior in the brain. In essence, a sense of commitment is forged, as single-tasking obliges us to perform one task at a time. To single-task requires us to stand firm in our choices and genuinely commit to executing with excellence.

5. Single-tasking strengthens us against distractions

If we pay attention, it is quite easy to spot people being distracted. No matter if it’s the adult driver who texts on the highway, or the co-worker constantly heading to the break room. There’s no getting around the fact that people are slaves to distracting thoughts. When we practice single-tasking, we’re no longer subject to this behavior. We’ve build an impenetrable wall that refuses to give in to internal or external interruptions.

This should go without saying, but single-tasking is the aphrodisiac to attention. Yes, it is a requirement to single-task for a certain period of time before we obtain noticeable improvements to attention, but it’s better than the alternative. Consider this: according to the National Center for Biotechnology Information at the U.S. National Library of Medicine, the average attention of a human is eight seconds. Eight seconds. We can change that statistic.

The problem with today’s culture is that society expects us to be busy all the time. Look at people on the highway – they’re cutting each other on their commute into work. What does that tell us? In all seriousness, we can apply single-tasking of our lives and can become happier. We’ll get maximum enjoyment out of time with family, with that coveted book, or in our own self-reflection if we’re willing to devote ourselves to the practice of single-tasking.