It is a miracle! A Minnesota woman reunited with her missing dog after she saw the canine’s on a beer can from a Florida brewery. Monica Mathis of St. Paul, Minnesota, finally found her dog, Hazel, after she went missing three years ago. She owes thanks to Motorworks Brewing in Bradenton, Florida.

In March 2019, Manatee County Animal Services took in a stray pit bull mix. The staff could tell that the dog once had a home, but they couldn’t locate the former owner. They also couldn’t understand how long the dog had been missing. The dog had a microchip, so they were able to identify the owner’s name, but all the contact info they tried was no longer valid.

The shelter named the dog Day Day, and she quickly became the staff favorite. However, she kept getting passed up for adoption despite being friendly and playful. Of course, that wouldn’t be the end of Day Day’s story.

The Missing Dog Beer Can Campaign

The shelter had 150 dogs and 100 cats at any given time, which meant Day Day needed some help to stand out. So, they nominated her as the spokesdog for a campaign between the shelter and Motorworks Brewing. Motorworks released the Adoptable Dog Cruiser on January 19 of this year. The beer cans featured photos of four dogs from Manatee County Animal Services that needed a home, with all proceeds going toward a new facility at the shelter.

The story went viral, and kind people adopted two of the dogs on the beer cans. But sadly, or maybe by a stroke of fate, they passed up selecting Day Day. However, one day Monica turned on the news and saw the story about the dogs and immediately knew Day Day was hers after seeing her smiling face on one of the beer cans. She called the shelter, and after they were able to verify through paperwork and photos that Hazel was hers, they began working on the way to get Hazel from Florida back home to Minnesota.

A post shared by Manatee County Animal Services (@manateecountyanimalservices) on Feb 1, 2020 at 11:40am PST

The Story of How Hazel Became a Missing Dog

Mathis said she was living in Iowa when Hazel initially disappeared back in 2017. She was on a leash outside, and when Mathis went to get her, she discovered she had run away. Mathis called local shelters and searched the area but was never able to find her. She says she has no idea how Hazel got to Florida. 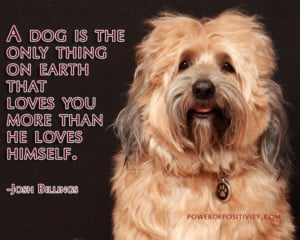 She got a new job in Minnesota, and several years passed. One day, she saw the news story on TV about the beer can campaign. Mathis said she cried and became “an emotional wreck” because she had no idea what had happened to Hazel.

Mathis forgot to update her microchip registry contact info. Thus, she said that her experience was a valuable lesson that others could learn from. She stressed the importance of keeping track of the company you use for microchipping your pet and making sure your contact info stays up to date, especially if your pet goes missing.

Mathis had kept extensive photos and vet records of Hazel’s, which proved how much she meant to her, Hans Wohlgefahrt of Manatee County Animal Services said. That was the only way they could trace Hazel back to her owner, but luckily, it all worked out for the greater good.

The nonprofit Friends of Manatee County Animal Services announced they would cover the cost of transporting Hazel to Minnesota, which Mathis says will be just in time to celebrate Hazel’s 7th birthday.

If you enjoyed this heartwarming story, please share it with your family and friends! If you have a lost pet, please don’t give up hope. Call your local shelters and organize a search party as soon as possible. As this story proved, miracles can happen when you least expect them!