Do you suffer from depression, anxiety, or a personality disorder? Have you ever wondered about the origins of this mental illness and if there are links to your past? Traumatic experiences you’ve been through alter your biology, which means it modifies the way you respond to things that happen to you today.

Trauma is prevalent in society, yet it was taboo to talk about it for years. Thankfully, the stigma once attached to mental health is slowly lifting. More people recognize they need help with their crippling anxiety and other mental health conditions.

There should be no difference in getting treatment for cancer, diabetes, or mental illness. The brain can get sick just like any other part of your body.

Does Trauma or a Chemical Imbalance Cause Mental Illness

It’s common for people to talk about a chemical imbalance when they reference mental illness. While the brain’s chemicals are essential, the condition is much more complex than just a few chemicals being off kilter. Trauma is at the crux of many mental health struggles that you face.

Rather than referencing serotonin and dopamine, people need to start talking about the effects their traumatic experience has caused on their brains. Invalidating your trauma can cause substantial problems in your life, and it can thwart the healing process. While you can have a genetic imbalance that increases your chances of developing mental health issues, it’s not always the only reason.

According to Science Daily, psychologists have found that trauma can leave permanent marks on your DNA that will cause lifelong chaos to your stress hormones. So if you ever wonder why you tend to have complete meltdowns over minor issues in life, it can be directly linked to traumatic experiences from childhood. The events that happened to you caused a genetic predisposition to mental illness. 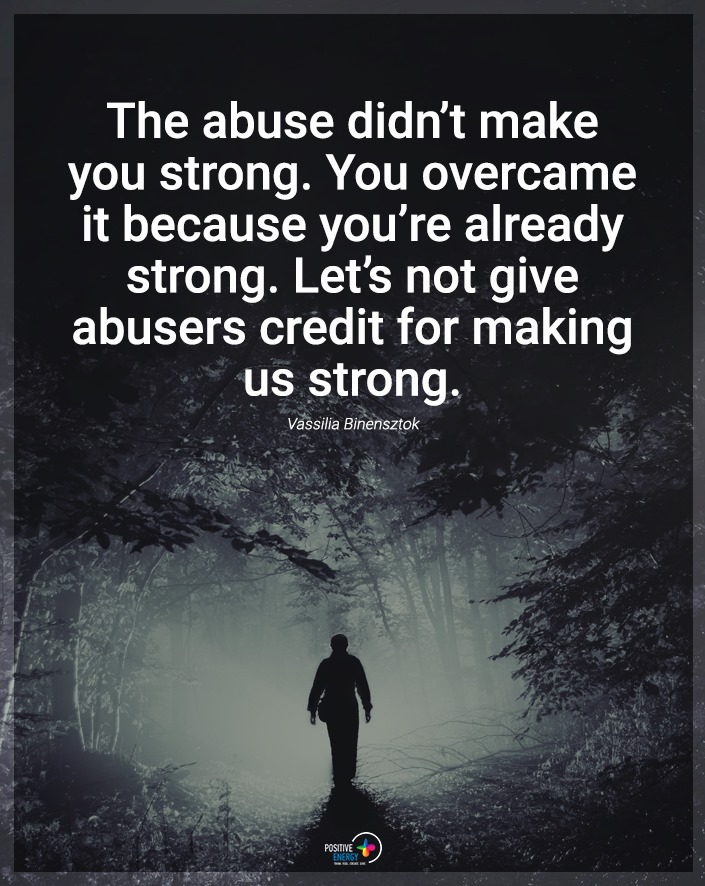 Most doctors have become accustomed to telling people to take a few pills, and they will be good as new. Sadly, studies find that these cocktail prescriptions don’t work as hoped. You can’t pop a tablet and fix problems in your brain.

It’s frustrating when the mental health community minimizes what happens due to traumatic experiences. According to John Hopkins, 33 percent of people using these substances find that they don’t work or that their symptoms come back. The real reason is that they’re treating the wrong things.

While you can’t ignore the genetic and chemical imbalance, people must stop pushing trauma responses under the rug. Consider Elizabeth. She grew up in what seemed to be the perfect family.

Her mother and father were together and made a good living. From the outside world, it seemed like she had it made. However, what went on inside was a different story.

Elizabeth’s father had a rage issue that stemmed from his childhood abuse. He was often violent with the children and screamed and ranted at his wife. Elizabeth lived in fear at the loud tone of his voice, and she recalls times when her mother had to pull him off her when he was beating her so severely.

When Elizabeth became an adult, her anxiety disorder began. She had seen several specialists to no avail, but one doctor changed her life. When she walked into the office and sat down, she described how she felt and all the things she experienced with her disorder.

The psychiatrist asked her, “What type of abuse did you suffer from?” The statement put off Elizabeth as she didn’t want to see her family as anything but perfect. After all, it was the ruse engrained in her since childhood. The doctor asked her again, and Elizabeth was silent.

After a few moments, the doctor told her that they don’t see these anxiety levels in people unless they have had some trauma in the past. It’s ironic because she had never come to terms with her traumatic childhood, and now the reality was rushing at her a hundred miles per hour.

Elizabeth put her head down and answered, “I was a victim of verbal and physical abuse.” It was freeing and empowering to finally realized what was causing her troubles. The past traumatic experiences had altered her biology and changed her DNA, and she needed to find ways to cope beyond a pill.

Your anxiety likely didn’t start yesterday, as it’s been building for some time. Think of a pot boiling on the stove. It begins as a simmer, but the pressure inside builds from the heat, and eventually, it erupts into a full boil. Children with anxiety have a plan of escape and stay on guard.

A 13-year-old foster child named Adreauna moved to a new home. This situation was her fourth placement, as she was a handful. The foster mother noticed something wasn’t right about the nighttime, as the child would barricade her door.

After the teenager left for school one day, the mom cleaned her room. She found a knife and a pair of scissors under her pillow. The child was terrified to fall asleep because it made her more susceptible to abuse. Is it any wonder this young woman now has a personality disorder, bipolar disorder, and anxiety issues?

While it’s challenging to go through all those things, Adreauna also carries intense guilt. She felt that some of the things that happened were her fault. She was sad and thought that maybe if she acted differently or altered her behavior, her father wouldn’t have become a drunk and her mom so violent.

It’s an intense amount of pressure to put on a small child. Yet, she lived her whole life affected by the things that occurred in the formable years. She felt unlovable and that there was something wrong with her, but it wasn’t this tiny child who had the issue.

An innocent kid did nothing wrong, but her behavior was caused by reacting to her environment. Sadly, she’s left with wounds inside her soul that will never heal. While she may find ways to cope and move on, the scars are always present and can cause issues without warning.

The day-to-day functioning is what’s challenging for most people with mental illness. You may feel like you’re going through the motions or are numb to the world around you. Sure, there are moments when you feel happy and have peace, but those pesky triggers always cause traumatic things to rush to the surface.

Watching a television show where a child is being abused rips open those wounds that scabbed over for some folks. You could be in a store and manage a parent slapping their child to try to make up their mind, opening that wound afresh. There’s no amount of “happy” pills that are going to resolve any of these things or be a salve for a broken heart.