By Power of PositivityPublished on November 20, 2019Last modified September 18, 2020

Do you ever feel like kindness is an exception and not a rule in society today? Just when you think negative thoughts, someone restores your faith in humankind.

“Love and compassion are necessities, not luxuries. Without them humanity cannot survive.”  ~Dalai Lama

In fact, we all lose our faith in humanity from time to time. When this writer went to CNN, here were the three of the current topics of the day (November 20, 2019):

Compared to most days – and other media news outlets – the three abovementioned headlines actually aren’t that bad. News outlets are run by individuals who understand that “We’re drawn to depressing stories without realizing,” psychologist Tom Stafford says.

Perhaps it’s thinking like this that helps reinforce the misperception that basic human goodness, kindness, compassion, and love are going by the wayside. You know, the kinds of thoughts that bring CNN, NBC, ABC, Fox News, News Corp, and others billions of dollars in profits.

But there are beautiful displays of humanity every day – some reported and some not. In this article, we discuss the type of story that helps to restore some of the dwindling faith in the human race.

When Tyson Crawley’s debit card declined $110 worth of gas, he was a bit freaked out. He recalls his reaction:

“(My) dog was barking wildly, I had to get to work, and I was starting to freak.”

“I tried using one that had a joint account to it but I could not for the life of me remember my PIN number! After searching through my iPhone bank app to figure out how to reset my pin, I had failed.”

$110 worth of fuel isn’t exactly something that most gas stations forgive. As it would turn out, they wouldn’t need to.

“Do you need some money?”

When a kind stranger walked up and asked, “Do you need some money?” before swiping his card, Mr. Crawley was shocked. The humanitarian didn’t ask “How much?” or even wait for Tyson’s response.

As expected, Crawley offered to pay the man if he could get his phone number. So, he took the receipt and gave it to the man who proceeded to write down what Crawley believed to be his phone number. Crawley took a photo with the man, who then simply went on his way.

“John Pass it on”

When Crawley opened up the folded receipt, he didn’t find a phone number, bank account number, or address. He found just four words: the name “John” and the three words “Pass it on” written underneath. 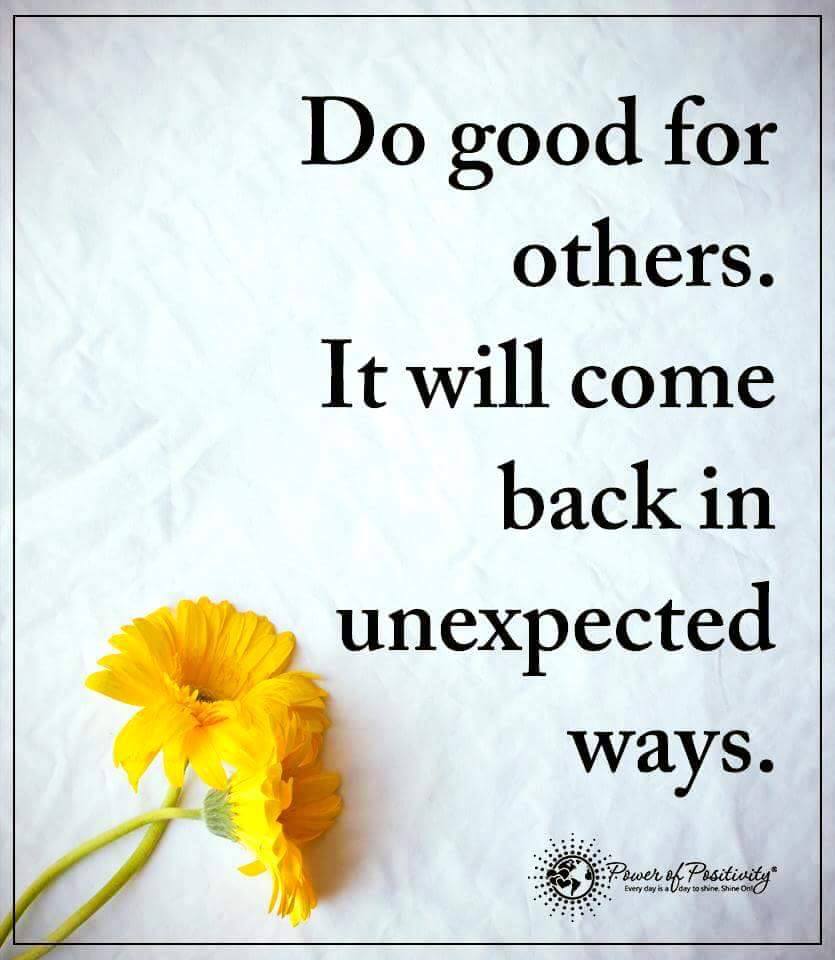 Of course, this made a huge impression on Crawley. He shared his picture with the man, who is flashing a slight smile and giving a thumbs-up sign.

“(Please) be beautiful people, and remember, it’s not about keeping up with the Joneses, having the biggest house, most expensive car, the largest bank account, but work with each other. After all, what is money compared to the quality of human life?”

Final Thoughts on the Kindness in Helping Others…Even a Stranger

It’s easy to get caught up in the consumerism that permeates our society. And, it’s tempting to base one’s worth on income, possessions, education, and other “status symbols.”

Additionally, it’s convenient to be pessimistic about the future of humankind – and sometimes it even feels like it makes sense.

But perhaps Mahatma Gandhi (as he often does) can provide some insight: