“What was so interesting is that he had been influenced, yet he was completely unaware. And he wasn’t just imitating others, he was being different at the same time. When do people act similarly to others and when do they act differently? And how does this all happen without us realizing it?” – Jonah Berger, Professor at the University of Pennsylvania

In the preceding quotation, Professor Berger is referring to a D.C. lawyer friend of his who bought a new BMW. Prior to purchasing his vehicle, the lawyer was critical of his fellow attorneys who all bought BMW’s to “show they’ve made it.” Perplexed, Berger pointed out the fact that the lawyer had just done the same.

“When I pointed out that he had just bought one, and so he was just like the rest of them, he argued that he was different and hadn’t been influenced. When I asked why, he said that while they bought gray BMWs, he had bought a blue one.”

The point that Berger makes is that we’re influenced by hidden forces. Forces that shape our attitudes and behaviors; even our individual capacity for reasoning and thinking.  The lesson is that we too often operate in “auto-pilot mode.” We cede control of our thoughts to impulses and whims.

When cognizance is replaced with impulse, our mind is susceptible to irrational (often negative) thoughts. When we realize this, we can “take back the controls” and redirect the mind. And we can let go of the things that have hurt our mental well-being.

Here are 25 things to let go of before your next birthday (and you can do it!)

It’s never too late. Plan and work hard at what you enjoy. Forget about the time.

2. Let go of anxieties about the future

Buddha said it perfectly “Concentrate the mind on the present moment.” Control what you can and seek a happy future.

3. Let go of envy and jealousy

Envy and jealousy is toxic thinking – don’t do it.

Seek a solution for any unresolved anger. Meditation works wonders.

We all engage in excuse-making once in a while, and we all need to let go of this behavior.

6. Let go of your fascination with “stuff”

Have hobbies and enjoy them, but don’t become obsessed with material goods.

7. Let go of the fear of speaking your mind

Be upfront, honest, and polite. When you combine the three, you’ll have no troubles speaking your mind.

8. Let go of your financial worries

We all need some cash to live. If you’ve got an income, a roof, and some food – you’re doing alright. Don’t let money dictate your life. 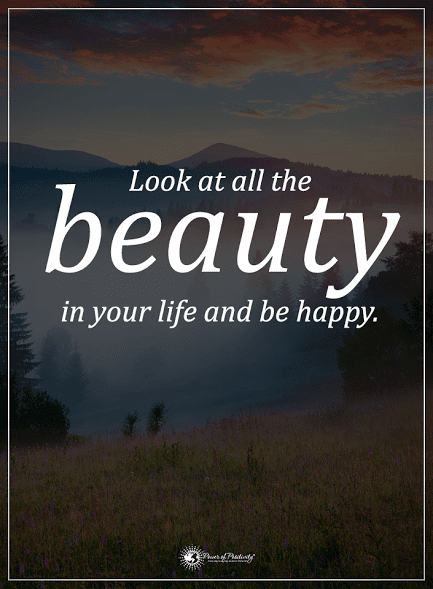 Some people love to schedule, and that’s cool. If keeping a schedule is causing you to flip out, however, it may be worth implementing a bit of flexibility when possible.

“They” don’t matter. You matter. Forget everyone else’s expectations.

11. Let go of your past mistakes

You can’t move forward with your mind taking you backward. Learn from your “Oops!” and move on.

In whatever form. A bit of stress is good for motivation; unnecessary stress is both unhealthy and unwise.

Making a difference is one thing – and it’s a noble pursuit! But get over trying to change someone who shows no interest or effort.

You’ll either manage the time, or the time will manage you. Procrastination is a terrible habit – and it leaves you less happy.

15. Let go of blaming others

Ever driven like hell towards somewhere you didn’t want to be? When there was plenty of time? Yeah, that.

18. Let go of not seeking out your dreams

Do you know what you’re passionate about? Are you working hard on those passions? Why not? (Think it’s too late? See #1)

We’re all a bit sick of something about ourselves. Can you change it? If not, forget it and move on.

The ole’ adage “Life isn’t fair” has been repeated quintillion-plus times. You’re right – it’s not fair. What are you doing about it?

21. Let go of avoiding your problems

As with procrastination, avoiding your problems is tempting but ultimately leaves you unsatisfied.

Marlon Brando (aka, “The Godfather) once said, “Regret is useless.” Pretty much.

23. Let go of what others think about you

As with everything else on this list, this can be hard to do. But living your life to the fullest requires not giving a damn about others’ ignorance.

Are you doing your best? Not procrastinating or being lazy? That’s all that matters. Release feelings of overwhelm.

25. Let go of anything that doesn’t make you happier or better

This pretty much sums it up. If you’re not a better or happier person because of something you’re holding onto, let go.

Moment-to-moment awareness, i.e. mindfulness, and self-compassion can help you overcome any internal struggle. Remember your strength. Realize that letting something go can be hard, but as long as you’re moving forward, you are doing just fine!