A landlord in Brooklyn canceled rent for hundreds of his tenants this month. He wanted to ensure they had enough money for food and other essentials this month. On March 30, Mario Salerno posted a sign on the front doors of the apartment he owns to let tenants know he waived rent for April.

Salerno owns around 80 apartments with 200 tenants and said he decided to cancel rent for April after many renters said they would have trouble paying. Many of them lost their jobs or had other financial struggles come up due to the closure of businesses throughout the state.

The notice posted on the front doors of all 18 of his apartment buildings read as follows:

“Please note I am waiving rent for the month of April 2020. Stay safe, help your neighbors and wash your hands!!!”

Salerno also owns car mechanic shop Salerno’s Autobody. The businessman is highly respected throughout his community. One person even described him as the kindest person he ever met.

In an interview conducted by NBC New York, Salerno said he doesn’t care about losing the income from rent this month. He added that the safety and health of his tenants meant more to him.

He said he wants everyone to stay healthy and be able to put food on their table. If that means he has to lose out on rent for this month, he’s perfectly okay with that. 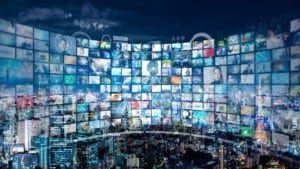 One of Mario’s tenants, Kaitlyn Guteski, worried about how she could come up with rent money after her hair salon had to shut down due to the stay at home orders. When Salerno announced rent had been waived for April, Kaitlyn said: ‘He’s Superman. He’s a wonderful man.’

Another tenant of Salerno’s, Paul Gentile, lost his job as a lawyer in March as many businesses in New York City closed. He worked for a personal injury firm and spent most of his days working in courthouses, which had all closed on March 18.

With no work available, Gentile worried about how he could pay rent as well. However, when Salerno announced that he wouldn’t collect rent for April, Gentile wasn’t too surprised. Paul has lived in his apartment for about four years and said that Salerno had always been an outstanding landlord.