Kombucha is an ancient beverage that originated in China more than 2,000 years and experienced an unexpected surge in popularity in the West in recent years. Slowly but surely, these specialty teas have made their way out of the refrigerated corners of specialty health food stores into the mainstream.

You’ve likely seen some of the more well-known brands on sale at your local grocery store. Even budget-friendly big-box retailers sell them now. The industry amasses nearly a billion dollars in sales annually.

What most consumers don’t realize is how easy and fun fermented tea can be to produce on your own. The equipment and raw materials are inexpensive. The process is surprisingly straightforward.

Among the many health benefits of kombucha is its impressive ability to alleviate gastrointestinal distress like gas and bloating – even when conventional medicines fail to promote relief.

In this article, we’ll introduce you to the world of fermented tea brewing, what you need, some tips for beginners, and the benefits of making your own. 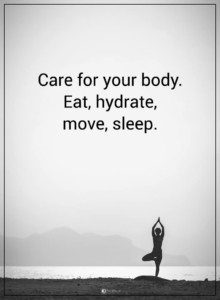 Traditionally, this fermented concoction is a simple combination of oolong tea, sugar, a bit of friendly “mother” bacteria called a SCOBY, and time. The tea is brewed commonly, after which the SCOBY and sugar are added. SCOBY is an acronym that stands for “symbiotic culture of bacteria and yeast.” We’ll discuss the benefits of SCOBY later.

The mixture is covered with a cloth and let to brew for roughly two weeks.

Later in this article, we’ll offer step-by-step instructions to make perfectly brewed kombuchas every time. You don’t have to be an experienced chef or know your way around the kitchen — anyone can brew their own from home.

When it is finished, your tea will have a sweet-and-sour taste and a bubbly texture that sets it apart from any other tea incarnation in terms of sensory experience. The taste, as many home-brewers can attest to, is truly addictive.

Understandably, the health-boosting claims of proponents of these teas may seem hard to believe initially. When we delve into the science, though, the benefits become easier to swallow.

Before we go in-depth into the benefits, we must understand what occurs during the brewing process. During the roughly 10-day brewing period that the brews remain in your cabinet, the SCOBY (a colony of beneficial bacteria) are busy eating all the sugar that you left them in the tea and reproducing. They eat and breed like rabbits, boosting their numbers substantially by the time the process finishes.

The tea becomes carbonated due to the fermentation of the bacteria. So, in the end-product, you have a delicious, bubbly drink full of these health-promoting bacteria.

Your gut “microbiome” hosts between 300-500 different types of bacteria. Some are “good” bacteria because they promote healthy digestion and mineral uptake, whereas others are “bad” because they cause distress and, in extreme cases, like candida overgrowth.

Unfortunately, in our modern diets, we tend to consume foods that feed harmful bacteria while starving the beneficial ones. We’re looking at you, McDonald’s!

When the good microbes are starved for fuel while the bad boys of the gut are eating high on the hog, imbalances can occur that are frequently the cause of poor gut health and symptoms like gas and bloating.

These teas contain strains of good bacteria in the SCOBY, most notably lactobacillus, that help to restore optimal ratios of good to harmful bacteria and, in effect, promote better health.

Kombucha’s Role in the Mind-Gut Connection

What’s important to understand about gut health is the incredibly close connection between the gut and the brain. Poor gut health can negatively impact mental health, even triggering conditions like depression in people with no previous mental health issues. The reverse is true as well – mental anguish can adversely affect gut health.

Researchers often refer to the connection between the brain and the gut as the “gut-brain-microbiome axis.” This connection explains how stress can contribute to disruptions to digestion, such as gassiness and bloated belly. Only in recent years have scientists begun to fully appreciate the vast interconnection between the two systems.

With these data-points in mind, understand the enormous impact that improving your gut health through healthy practices like drinking fermented teas benefits your mental well-being.

Most people who take up their fermented tea-drinking habits are not aware of any of the science when they begin drinking these teas — they simply enjoy the taste and the sensations of the carbonation, and it seems like a good alternative to soda (it is!).

Although a number of lifestyle modifications contribute to the overall improvement in well-being, this fermented specialty tea can serve as a large part of your gut-health solution. You will likely feel better physically, emotionally, and mentally after adding it to your daily routine.

These fermented teas are not a cure-all. But if you have battled gastrointestinal issues like gassiness and/or bloated belly and found no relief from your current strategies, consider adding them to your diet and see if you experience the positive results that so many others have.

What You Need to Brew Your Own in Your Kitchen

You don’t need to spend $5 every day on a bottle of brew to achieve better health. For just pennies on the dollar, you can make your own at home.

To get started, just assemble the following cheap materials and ingredients.

How to Find a SCOBY

The most hard-to-come-by ingredient on this list is the SCOBY. You can purchase all the other ingredients at nearly any retailer.

You have a few options for locating your SCOBY. Your best bet, if it’s an option, is to borrow a SCOBY from a friend who brews. Home-brewers who have been active for a while tend to have tons of refrigerated SCOBYs lying around. They will likely be glad to have a way to get rid of them when you call.

The second-best method of obtaining a SCOBY is through social media. Several Facebook groups exist for brewers to trade tips. Often, members will offer SCOBYs to neighbors in their areas free of charge.

The other, more expensive, option if you don’t know any home-brewers is to buy your SCOBY online and have it shipped to you. Several companies offer SCOBYs delivered to your doorstep.