People who think they have all the answers, who consider themselves infallible, are commonly known as “know-it-alls.” While this might sound like a playground insult, it’s a real phenomenon among people who lack a certain amount of self-awareness to recognize their shortcomings. If you think you’re dealing with a know-it-all, you probably are.

Know-it-alls manifest several basic traits and behaviors because they think they have all the knowledge they could possibly need. They usually expose themselves as a know-it-all, by making it obvious through their behaviors and actions. Here are the best ways to spot a know-it-all.

Here Are 5 Behaviors a “Know-It-All” Will Display

If someone is constantly trying to argue, there’s a high chance that this person is a know-it-all. To the know-it-all, everything is up for debate. And in every debate, they are always playing to win. They always want to make sure that their opinion is the last one heard on every subject, even going so far as to insert their opinion when and where it isn’t warranted or asked for. They’re constantly looking for their next argument or point to prove. Know-it-alls can expertly conjure a debate out of thin air and rope the people around them into arguing with them.

Usually, a know-it-all is so sure of their own knowledge that they tend to be condescending to the people around them. After all, they perceive everyone else as lacking in knowledge. When engaging in a conversation with a know-it-all, you are likely to find yourself feeling like you’re being talked down to. Their tone of voice is often pitying, as if they can’t believe they’re lowering themselves to talk to someone without the same wealth of knowledge they have. Don’t let this discourage you – after all, they’re not as smart as they want to believe.

Have you ever been having a conversation, and someone interjects in order to correct something you’ve said? “Well, actually…” is a favorite phrase of a know-it-all. It doesn’t matter what was said, or how little the detail. A know-it-all derives joy from being seen as the most educated, the most well-rounded, and the most intelligent. A know-it-all will take every opportunity they can to correct someone on even the slightest indiscretion. Even if you’re telling a personal story of something that happened to you, the know-it-all will interject with, “Well, actually…” and then try to correct you on your own, lived experiences. 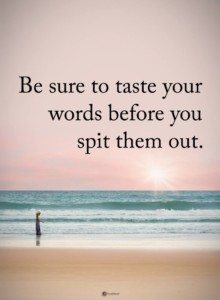 According to Pamela B. Paresky Ph.D., these types of people often have something closer to the “illusion of knowledge.” They aren’t aware that they don’t know something, which makes them think that they know … well … everything. So, when caught in being wrong, a know-it-all will often shift the goalposts of their argument. Shifting goalposts, or moving goal posts, is a logical fallacy in arguments. It describes the changing of the “goal” of a competition (in this case, the argument) while it is still ongoing. For example, if they use a word incorrectly, they might say they were using the colloquial definition – even if they weren’t.

Of course, since a know-it-all is walking around with the illusion of knowledge, they have no idea about all the things they don’t really know. Thinking they know everything gives them an inflated sense of self-importance. In fact, their ego is huge. This quickly grows obvious when you start talking to them. A know-it-all may spend a majority of the time talking about himself (or herself) and personal accomplishments. When the conversation shifts to someone else, a know-it-all will always find a way to relate the conversation back to self. In fact, you might notice them get pretty upset when someone else is the center of attention.

Dealing with someone who thinks they know everything can be particularly frustrating. However, knowing their behaviors will make it easier for you to avoid getting caught in a no-win debate with a know-it-all. Also, being aware a know-it-all’s tendencies can make it easier for you to make sure you’re not displaying those same behaviors. Self-awareness is incredibly important, and sometimes it takes a little bit of self-reflection to make sure we don’t act like a know-it-all ourselves. Remain aware of all the things that you don’t know, and you’ll be just fine. After all, learning something new is much better than pretending to already know it.