Making this homemade kabocha squash soup will warm your soul on those cold winter nights. We will even include a recipe for homemade soda bread, so you have something to dip in it! There’s just something about soup that brings a sense of comfort, especially in cold or rainy weather.

If you’ve never tried kabocha squash before, it’s a Japanese squash with a sweet flavor. In the store, look for a squash that resembles a giant green pumpkin. The taste is a cross between a pumpkin and sweet potato, and it has hints of chestnut. It’s a staple in most Japanese restaurants, but you can find it in many parts of the world today.

Without further ado, let’s get to the recipe!

Making the kabocha squash soup is easier than you think!

This bread pairs perfectly with the kabocha squash soup. To make it, you need a large mixing bowl to make the dough along with a whisk. It would help if you also had a large surface area to knead the dough, such as a table or cutting board. Finally, have a medium-sized baking pan, a parchment paper sheet, and a small bowl handy.

We hope you love this kabocha squash soup recipe! While this is lesser known than the butternut squash soup, a popular Thanksgiving recipe, it’s equally delicious! You can serve it alone or pair it with a side of roasted veggies. Many people think of this as an autumn food, but you can enjoy it any time of the year! 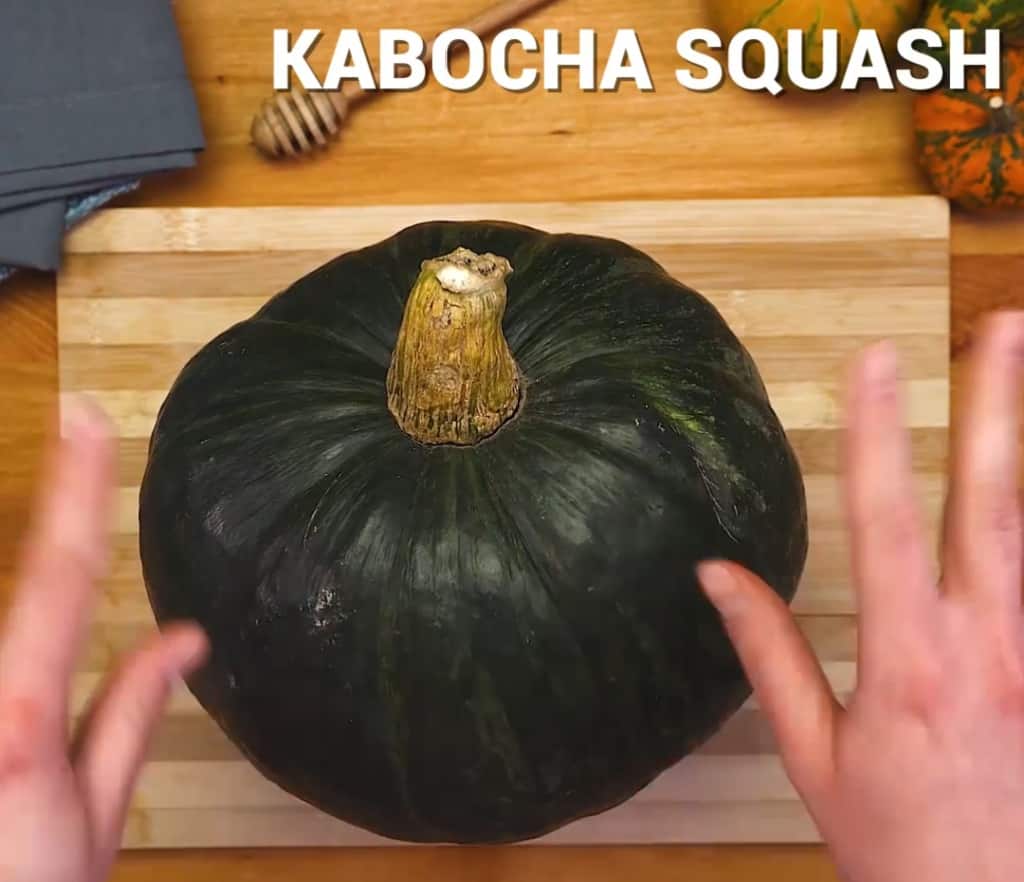 Squashes are a popular ingredient in soups, and the kabocha squash is no exception. The spices perfectly complement its rich nutty flavor in this recipe. The pepitas add a nice crunchy texture to the smooth soup, and the bread makes it a filling meal.

If you want Thanksgiving early this year, this kabocha squash soup will grant your wish! It has all the familiar flavors of the fall holidays and is the ultimate comfort food. Plus, a large pot should last throughout the week, so you won’t have to worry about dinner.

If you have trouble finding the pepitas, check your local health food store. It’s a less common ingredient than pumpkin seeds, but they’re very similar. The only difference is that pepitas don’t require hulling or shelling, while pumpkin seeds do.