A candida infection is a type of yeast infection that can be caused by various factors. Most kinds are easily treatable, but when left without proper treatment, they can increase in severity and have significant impacts on health.

Due to their nature, symptoms of this issue tend to be widespread throughout the body, making it difficult to determine the root cause. This also often results in the possibility of Candida overgrowth getting overlooked as a potential cause.

Luckily, there is an easy way to determine whether or not Candida overgrowth is something you should be concerned about. Even better, this way doesn’t require expensive doctor’s appointments or invasive examinations.

Believe it or not, there is an incredibly easy and completely free test that you can do at home to determine whether or not you have yeast overgrowth. Here’s how researchers explain the simple test that reveals if you have a Candida infection.

Simple Test That Reveals If You Have A Candida Infection, According To Researchers

Candida is a type of fungus – a yeast, to be specific – that lives in the body. Like many types of fungus, it is perfectly safe and harmless in the body in small amounts. It usually lives in the stomach, on skin, and around the mouth.

However, just as with all fungi, there is a chance that the body’s environment can change and allow it to multiply. In situations like this, Candida can grow exponentially and soon become out of control. At this point, this becomes a Candida infection that is medically known as candidiasis.

What happens when you have a candida infection?

Candida often permeates the intestines, causing issues such as leaky gut, which then cause a whole host of bad microorganisms to pass into the bloodstream. This can include bacteria, viruses, and all types of toxins and leftover bits from food.

The immune system will then respond by causing inflammation to kill these bad things – but the infection doesn’t stop, leading to the weakening of immunity and causing exhaustion. Soon, immune system function becomes less accurate, causing innocent and positive parts of the body to become its targets.

In severe cases, when left untreated, a Candida infection can develop into an autoimmune disease. This is why it is so important to notice and treat this type of overgrowth. Unfortunately, due to the fact that the fungus can get anywhere in the body, symptoms can be extremely wide-ranging and difficult to pin down. That’s why easy tests are needed.

The test is a spit test that is able to detect yeast in your saliva. This is because saliva is a highly fertile area for yeast. Yes, it might sound slightly gross to conduct a spit test, but practice some positive thinking! After all, this could make all the difference in your awareness of infection. Here are the steps to conducting the test properly.

So, you’ve done the test – now, what are you looking for?

Saliva will float at first, and you may see thin, hair-like or string-like organisms in the water, extending downwards from your saliva. This is a sign of a Candida infection. Another potential sign of yeast overgrowth that you will see in your glass is a cloudy area or speckles in a cloud floating, suspended, in the center of the glass.

In addition, healthy, plain saliva will easily float to the top of the water. If your saliva starts to sink in a few minutes, this is because yeast particles inside it are making it more dense. This is also a sign of overgrowth. You can leave your glass out for up to an hour, and if your saliva is still floating by the end of that time, then you likely do not have a Candida infection.

If it takes many minutes before any of these symptoms show, you have Candida overgrowth, but it is not very severe. Just take steps to combat it!

Unfortunately, although this test works a lot of the time, it is not 100% foolproof. If you are experiencing severe symptoms but this spit test doesn’t show you have a Candida infection, speak to a doctor or opt for a different test!

There are many symptoms that show you may be experiencing a Candida infection. Here are a few to look out for:

There are also some medical conditions that could either may you more susceptible to or stem as a result of Candida infection. Here are some of them:

We know that prevention is better than cure. As such, it’s vital that you are aware of certain things that can put you at higher risk of developing a Candida infection. This way, you can make appropriate life changes or take precautionary measures to avoid it. Here are the common causes of candidiasis.

Eating food loaded with carbs, refined grains, and sugar is a surefire way to encourage and foster yeast development. Drinking a lot of alcohol can lead to this too. All of this is because the body processes sugar in a way that gives yeast a thriving environment, allowing them to multiply quickly and easily.

Those who suffer from chronic stress know that it has the ability to slow down the immune system and cause the digestive system to function less efficiently. This is because of the stress hormone released when you feel this way.

Known as cortisol, this hormone is well-known for increasing blood glucose levels. The yeast can then use the excess glucose to thrive.

On top of that, high levels of cortisol production can cause the adrenal gland, which is responsible for making cortisol, to malfunction. This can lead to even worse immunity.

Due to the hormonal imbalance caused by birth control pills, being on contraceptives can be a risk factor for Candida infection – especially if you don’t pay extra attention to your health on top of that.

Antibiotics kill all kinds of bacteria, including positive ones in your digestive system. This means that you are at a higher risk of fungal growth, as you don’t have the good bacteria needed to fight them off.

If you already have a mild Candida infection, eating food that has been fermented can further add to the infection and make it worse.

If you have an autoimmune disease that means you are immunocompromised, you are automatically more at risk for Candida infections than those with strong immune systems.

There are other ways to test for Candida infection aside from the spit test. Here are a few methods you can use.

CBC tests, or Complete Blood Count tests, can potentially reveal warning signs of Candida overgrowth. Examples include a low count of white blood cells and lymphocytes and a higher pattern of neutrophil.

Blood tests test for a variety of things, and one of them is for Candida antibodies. They test for IgA, IgG, and IgM. High levels of these indicate an overgrowth and possible infection. However, it is important that tests are taken specifically to check for Candida overgrowth, or you risk a false negative. 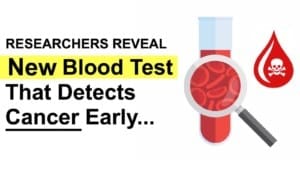 The Urine Organix Dysbiosis Test is capable of detecting a product known as D-Arabinitol, which is a waste material that comes from an overgrowth of Candida. Too much of the product points to the presence of the fungus in the small intestines or upper area of the gut.

These tests are virtually the most accurate. They test for Candida presence along the lower intestines and colon. It is important that the stool tests performed are comprehensive, and not standard, in order for the proper analysis to be performed.

There are a large number of tests in the market that can be used at home to test for Candida overgrowth. Do a little research and filter out the reliable from the inaccurate, and you should be able to purchase one that works best.

There are also plenty of free tests that can be done at home, though you’ll have to filter out inaccuracies more seriously in this case.

Candida infections are surprisingly common among the population, given the fact that more than 85% of people have a risk of developing this issue. As such, an easy, inexpensive, and effective way to test for these infections is crucial.

If your spit test shows a high chance of Candida overgrowth, it is recommended that you speak to a doctor or purchase over the counter medication in order to help it recover. If you are experiencing a lot of symptoms but do not test positive for Candida, speak to your doctor immediately.