What are gut microbes? And how can the plant foods you eat impact them?

Gut microbes, or gut flora, are microorganisms that live in our digestive tract. Gut flora also resides in the gut of many other animals, including insects.

When you hear or see the term “healthy bacteria” – the odds are that gut flora are being discussed. These bacteria, collectively termed the microbiome, are critical to our health. Scientists from the University of Navarra (Spain), summarize the crucial role of these bacteria:

“Gut microbiota (have) a key role in health and opens unique opportunities for the identification of new (diseases and treatments) for each individual,” on the flip-side, “(Changes) in gut (flora) composition have been associated with plenty disorders.”

Disrupting the delicate balance of the microbiome has been linked to many serious health condition such as cancer. Obesity, which is now considered an epidemic in many countries (including by certain health agencies in the U.S.), is also among the conditions related to an altered microbiome.

There Are Hormones In The Plant Food You Eat – Should You Worry?

“A bowl of salad contains more than vitamins and minerals. Plant matter also includes remnants of the hormones plants produce to control how they grow, age, and manage water intake. Recently, scientists have reported that our gut microbes and cells may respond to these hormones and even produce similar molecules of their own.” ~ Clanclud et. al “How humans and their gut microbes may respond to plant hormones.”

What do plants have to do with it?

Until quite recently, plants didn’t have anything to do with it; or so most microbiologists and other experts thought.

As it turns out, plants do influence our gut bacteria. Although the precise mechanisms of this effect are a bit unclear – and can appear contradictory.

Here’s an example of the complexity of plant-human-microbe interactions: one hormone found in plants, called abscisic acid (or ABA) “alerts the plant to drought conditions, (but) can worsen inflammation.”

Obviously, we want plants – which serve as the primary food source for millions of people – to thrive; for this to happen, plants must be able to survive harsh conditions. ABA hormones sustain vegetation in dry areas, which is a great thing. However, ABA causes an inflammatory response in humans.

Then there are gibberellic acids (GAs); another different type of plant hormone that reduces inflammation.

This opposing effect on our body has some scientists concerned that “synthesis of (GAs and ABA) hormones could be responsible for their complicated and contradictory impact on inflammatory diseases.”

Getting back to obesity

The hypothesis that certain plant hormones can complicate inflammation is a cause for concern. Obese people usually test for high inflammation “markers.”

Above all else, uncovering the link between plant hormones and higher inflammation is a predominant concern of scientists.

“The economic and health costs of obesity and its comorbidities such as fatty liver, insulin resistance/diabetes, or cardiovascular events (heart attack, stroke) are considerable.”

It must be restated that scientists aren’t quite sure about the exact means by which plant hormones interact with our microbiome. Measuring microbial activity in the human body is a tough thing.

One possible explanation for this relationship is the similarities in molecular shapes between plant hormones and metabolites. Dr. Benoit Lacombe, a biochemist at one of France’s leading research institutions, says:

“The most likely explanation is that plant hormones are structurally related to some metabolites in animals, including humans,” Lacombe says, “Maybe you take aspirin, for example, to stop pain and inflammation — the aspirin molecule looks a lot like the salicylic acid molecule, which as a hormone does many things for plants.” 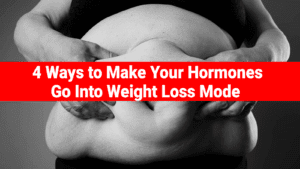 So here’s what the majority of scientists say: plant foods are healthy. In fact, a plant-based diet might even be the healthiest of all.

There are excellent reasons to have plenty of faith in our leafy edibles. One only needs to read through the list of health benefits. In fact, dietitians, nutritionists, and doctors extol the many reasons to eat this way.

So, while the words “plant hormones” and “inflammation” may provoke a bit of a scare, it’s important to remember we’ve eaten vegan for a very long time.

The most plausible explanation may be, that while certain hormones in certain plants may increase inflammation, we’ve probably adapted to any adverse effects.

“We have evolved in an environment including plants and microbes while consuming plant hormones,” says Dr. Emilie Chanclud. “We have IAA and ABA in our body, and even if we don’t know where they come from, we may have evolved ways to respond to them over time.”

Related Items health hormones in plant foods hormones in plants plant-based foods what hormones are in plants
Power of Positivity uses cookies to give you the most relevant experience. For more information see our Privacy Policy.
Continue
Manage consent