Our home brings with it an undeniable feeling of familiarity and comfort. We can be out all night having the time of our lives when, all of a sudden, have a yearning to “just go home.” But is our home actually a covert catalyst of anxiety?

Let us begin by exploring the Biophilia Hypothesis for a moment. It was proposed by naturalist, biologist, and author Edward O. Wilson in 1984 in the book Biophilia.  The Biophilia hypothesis, or “BET,” is the notion that human beings possess an inherent, intimate connection with nature. Modern society’s current ways of living – heavy industry (and pollution), obsession with money, addiction to technology – has effectively separated us from our former abode, causing a conflict in the subconscious.

Wilson’s theory makes sense when viewed from an evolutionary perspective. Not long ago, man lived out amongst the elements, save for rudimentary shelters like caves and tree branches. When not resting, you would find the men, women, and children outdoors, hunting and gathering for food, water, and other necessities of daily life.

What does the Biophilia Hypothesis have to do with home-induced anxiety?

Well, if Mr. Wilson is indeed correct, our home is separating us from our original habitat – and no species is okay with exile!  Another idea is that nature signifies life and vitality. Indeed, plants and trees – two of the most commonly-found things in nature – permit life; a fact that may help explain why we find flowers and plants adorning most homes and workspaces. The hypothesis may help explain why many people feature nature at the centerpiece (if you will) of their homes – a concept known as biophilic design.

In other words, as Mammalia, we human beings – despite our advanced intelligence and, for some, vehement insistence to the contrary – inherently desire to return to our original home out in the elements. As a side note, Wilson’s hypothesis gathers steam when you consider that humans are the only species who do not actively reside in the natural world.

At the very least, the Biophilia Hypothesis makes us think about our relationship with nature. Whether it explains away the deep-rooted anxiety that some (all?) experience in the home is up to the psychoanalytical among us.

Ways Your Home Can Make You Anxious

The Biophilia Hypothesis aside, we do know that one’s environment can influence their state of mind. Given that the home is indeed an environment, it is reasonable to assume that it can spur anxious feelings, but why? Here are 9 possible ways that your home can give you anxiety:

Okay, so check these numbers out. Per a survey of more than a thousand Americans over 18 years old, 47 percent constantly worry about the orderliness of their home. Also, scientists know that too much clutter raises cortisol levels. Per Psychology Today, the stress hormone cortisol “is public enemy number one,” with high levels of the hormones causing disturbances in learning and memory, immune system, metabolism, and more.

What to do: Start small by organizing your bedroom closet or kitchen drawers. Eventually, begin thinking bigger and take on more time-consuming projects. The enemy of anxiety is action. Take it.

What to do: Have an honest conversation with your partner while maintaining openness to their views. Be polite and non-defensive, as calm communication increases the likelihood of coming to an agreement regarding household responsibilities.

It is important to have housemates that are on the same page – or at least close. Per a study conducted by Harvard University’s Chan School of Public Health, 32 percent of individuals with long-term anxiety cite tension between the housemates as their number one cause of stress. A tense relationship with cohabitants may exacerbate any underlying anxiety, which may remain long after you leave the house.

What to do: Keep your relationships “organized” by setting limits and creating an atmosphere of positivity. Create a culture whereby things that need addressing are addressed in an open, welcoming atmosphere.

It’s no secret that inactivity is both mentally and physically bad for us. When the body is stationary, the mind is, also. As such, we’re far more likely to experience anxious thoughts when inactive. A meta-analysis of nine studies, produced by the School of Exercise and Nutrition Sciences at Deakin University in Australia discovered a direct correlation between (a) the amount of time a person sits each day, and (b) severity of anxiety symptoms.

What to do: Do you sit all day at work? If so, it’s probably not the best idea to come home and immediately sit down and veg out. A better approach is to take an hour nap before hitting the gym for an hour or two. At the very least, take a 30-minute walk before parking in front of the tube.

If your home resembles the inside of a cave, it’s time to change things up. Besides running the risk of being thought a vampire, it turns out that too little exposure to natural light can put you down in the dumps. Neurological research shows that exposure to sunlight stimulates the production of the brain chemical serotonin – the neurotransmitter responsible for mood stabilization.

What to do: First thing in the morning, crack the shades open. Then take a brisk walk outside if the temperature permits. If you work in an office, try to get a desk near a window – or a door. Try to get outside during breaks.

Have you lived in the same coop for years and done next to nothing to jazz up the place? Adding some décor might make you feel better, while staying in the same bland spot may exacerbate anxiety symptoms. Per a multi-disciplinary study of patient satisfaction in Australian mental health clinics, attractive aesthetical designs can reduce anxiety and stress levels while promoting “positive mental health outcomes.”

What to do: Designate an area or room in your home for quiet time. Consider adding a small garden or furnishing your home with plants or other natural objects.

We can’t discuss mental health and not mention diet. The fact is that the food you put in your mouth affects how you feel – and processed food is the absolute worst in this regard. It is probable that the link between the consumption of processed foods and anxiety onset has to do with a lack of energy available to the brain, which may cause brain fog.

What to do: First, know that everything you put into your mouth affects your brainpower. Second, eat foods scientifically proven to protect or enhance brain function. For some ideas, check out our article “7 Foods That Increase Your Brain Power Naturally”! 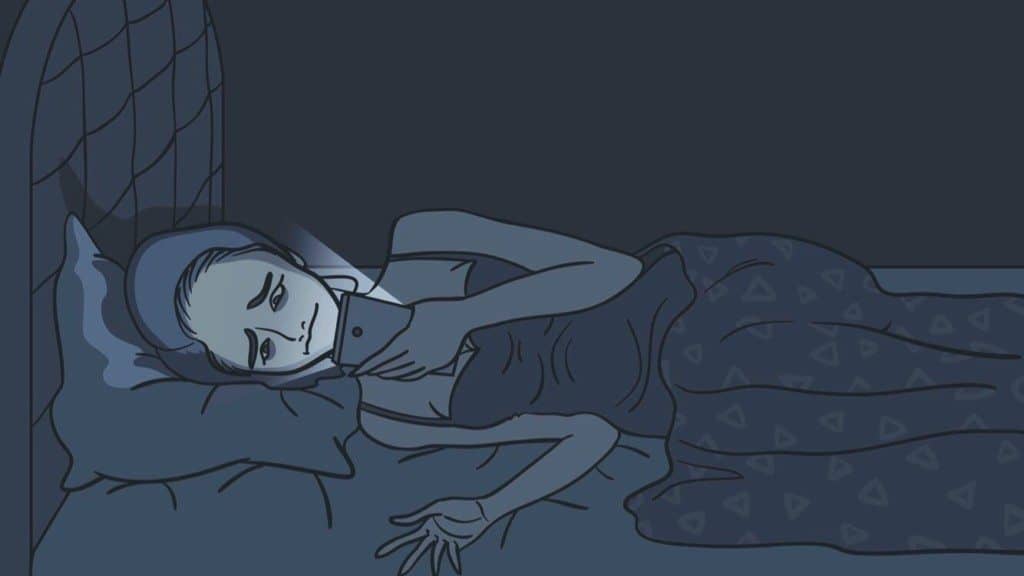 So, Americans spend an average of 11 hours per day consuming media. Why is this a problem? According to multiple clinical studies covering an array of mental health/digital consumption topics, overdependence on technology is directly linked to anxiety and depression.

– Researchers out of the University of Pennsylvania state: “Using less social media than you normally would leads to significant decreases in both depression and loneliness.”

– Scientists at the University of Toledo found a direct link between binge-watching television and poor mental health outcomes.