By Power of PositivityPublished on November 10, 2016Last modified September 13, 2022

The differences in how children are raised from family to family, culture-to-culture, are astounding. Sometimes, a bit of ego even gives way, leading some people to think that their parenting styles are “the best.” Indeed, there seems to be an opinion on every known aspect of parenting.

One thing that most parents can agree on is that the act of parenting brings about a set of uniquely tricky challenges. A particular challenge often experienced during the first year of parenting is training an infant in healthy sleeping habits.

To this end, the differences in parenting behaviors across cultures is stark. Americans, as with many other people of the Western World, commonly put their babies in separate sleeping quarters – a different room, a different bed – believing that sleeping with a newborn carries too much risk.

Much of the Western philosophy in parenting cohabitation stems from professional advice. The American Academy of Pediatrics, for example, is strongly opposed to sleeping cohabitation, advising that such practices can increase risk via potential suffocation and falls. Medical doctors frequently advise against cohabitation as well, often citing similar concerns.

Contrast this with many other areas of the world, where cohabitation is nearly universal in some places. Many have asked of the predominantly-Western practice, “Why would parents do such a thing?”

When looked at objectively, it is difficult to answer this question successfully. The most common concerns, by far, revolve around the perceived risks of co-sleeping, specifically, the risk of physical harm and the risk of dependence.

We examine both here. 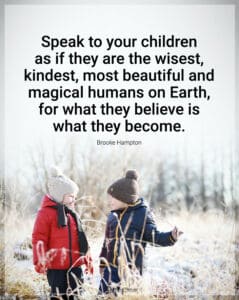 The Question of ‘Risk’

For a moment, let’s revert back to the concerns cited by many within Westernized medicine; particularly, the citing of increased risk of falls or suffocation. Studies have taken researchers interested in the area of co-sleeping to Africa, Latin America, Asia, and just about everywhere else.

The conclusion: correlation between co-sleeping and infant mortality is miniscule, at best.

One example given is in Japan, where sleeping with infants is a near-universal practice. Much like the U.S. and other developed nations, Japan is a wealthy, large and modern country. According to the Central Intelligence Agency (CIA), Japan also has the second-lowest infant mortality rate in the world – 2 deaths per 1,000 births.

The United States? 5.8 deaths per one thousand. The U.S. Sudden Infant Death Syndrome (SIDS) rate is also two times that of Japan.

The Question of ‘Dependence’

One area of notable concern from American parents is that co-sleeping increases dependence. In other words, sleeping with the infant will manifest into the child not wanting to part from their company. This objection has been debunked as well.

Once again, Japan is cited as a counterargument. In the eyes of many, Japanese children as just as mature – if not more so – than American children. In her book, “Parenting Without Borders,” Christine Gross-Loh states the following:

“After years of living [in Japan] on and off, my husband and I (and even our kids) have noticed that most children – the same who sleep with the parents every night – take care of themselves and their belongings, work out peer conflicts, and show mature social behavior and self-regulation at a young age. Japanese parents expect their kids to be independent by taking care of themselves and being socially responsible. They expect them to help contribute to the household or school community by being capable and self-reliant.”

A long quote, but an irreplaceable one. Most parents want to teach their children how to act independently, and for good reason. It just turns out that co-sleeping has pretty much zero impact on such ambition.

The conclusion often reached by individuals studying the relationship between dependence and cohabitation is that actions and behaviors displayed by parents – and observed by their children – are far more important than the choice to sleep together or apart from the infant.

Now that we’ve momentarily settled the perceived risks around co-sleeping, it’s important to reemphasize the benefits of the practice. For this, we turn to noted biological anthropologist James McKenna, who made the following observations at his University of Notre Dame laboratory:

– Synchronization of physiological functions between infant and mother occurs during mother-child co-sleeping.

– Co-sleeping increases the rate at which physiological development occurs in many other areas.