Watching this grandma cuddle newborns is probably the cutest thing ever. Even though she doesn’t get paid for it, she’s got the best job in the world. Who doesn’t love cuddling and caressing a newborn as they stare up at you with those innocent, loving eyes?

She’s a longtime volunteer at New York-Presbyterian Morgan Stanley Children’s Hospital, and she wouldn’t trade it for the world.

Joan Hart, 81, has earned the nickname “Grandma Cuddler” at the hospital, and everyone loves her. When she cuddles the babies, they seem to instantly calm down, as if they know they’re safe in her arms. 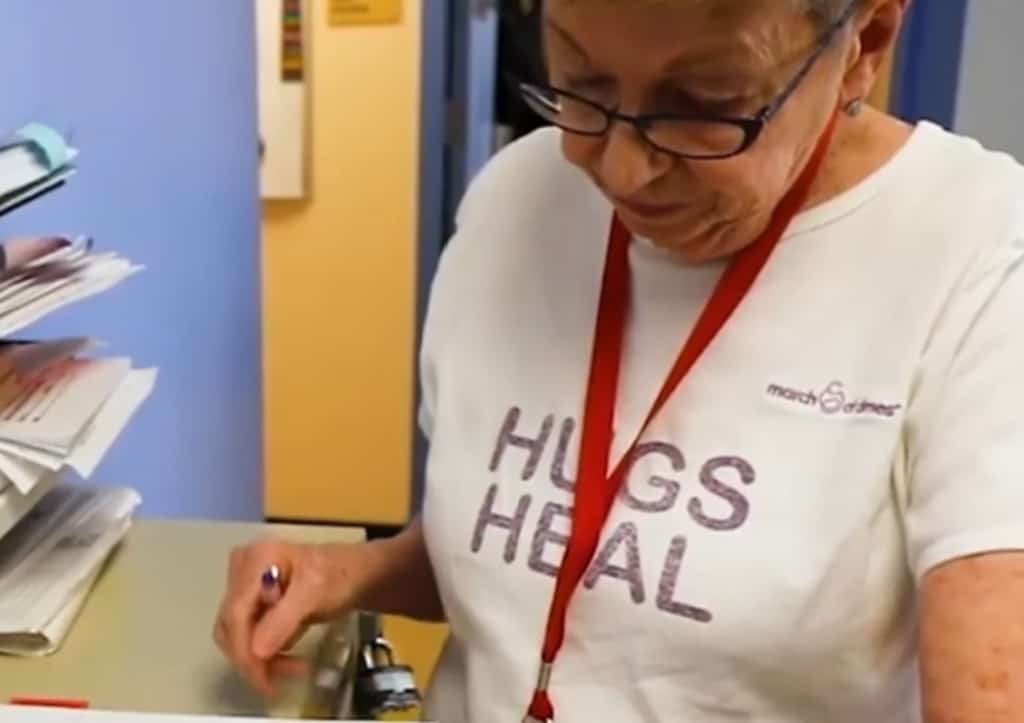 “When I walk into the NICU, my ears are perked up. The first thing I listen for is a cry,” Joan says.

If no one’s around, she immediately picks them up and starts cuddling with them. The kind, gentle touch she provides helps soothe the babies when their parents aren’t around. Of course, the nurses check on them frequently, but they can’t do it all. The cuddlers provide so much comfort and support to the scared, helpless newborns.

“My name is Joan Hart, and my great title is “Cuddler.” The cuddlers are the folks that hold that baby with true love. We’re not taking temperatures. We’re not drawing blood. We are just a love bug,” she says.

She doesn’t have children of her own, but she feels a close connection with the babies she cuddles. The nurses and parents love having Joan around because she’s a natural with the newborns. She calls the babies her “little angels.”

“I’ve always volunteered, and I’ve been around children all my life. I’ve been godmother I’ve forgotten how many times. But here, in 8 years, I’ve probably cuddled at least 1000 babies, and a few doctors and a few nurses, thrown in for good measure,” she says jokingly.

The “Grandma Cuddler” helps both the newborns and their parents

“The NICU, when you first walk in, it’s cheerful, it’s bright, it’s light, but it is a little scary. The babies were floating around in mommy’s tummy, nice and comfortable. And here they are, in pain,” Joan says.

The cuddler program began in 2011 when the hospital’s nursing department realized how beneficial it could be. It was designed to bring comfort to babies whose parents couldn’t be with them 24/7. When parents have work or have other children at home, it’s difficult to watch over a newborn constantly.

“They are the smallest and most fragile beings, and it’s extremely important for their emotional needs and their social-emotional development to have that comforting touch and the soothing,” says Christy Dowd, child life specialist at the hospital’s NICU. “The cuddler program has been around about 8 or 9 years. Having the cuddler program helps the parents feel a little bit better, knowing that their baby will be comforted and soothed when they’re not present.”

Grandma Joan takes the training into account when interacting with the babies, but she also uses her instincts. When she checks into the hospital for the day, she asks the nurses which babies need attention. Then, she uses her intuition to figure out what each infant needs and how to soothe them. Sometimes, she’ll hold their hand or pat them on the back gently. Other times, she’ll sing to them softly, give them a pacifier, or hold them with a nurse’s permission.

“To have people like Joan walking around lightens the burden a little bit. Joan is definitely our veteran Cuddler. We do train our cuddlers. It is extensive, and we make sure that we get the right group of women and men who want to come and snuggle.”

Joan gets to know each baby and what they like after spending time with them. She says after holding them and looking into their sweet faces, each one finds its way into her heart.

“What’s the secret to cuddling? You must love, you must have instinct, not be afraid, and the training will get you through. Some like to be tapped on their chest, some on their behind, and you get a sense. They’ll tell you ‘I don’t like that’ in so many words.”

Cuddlers are only expected to volunteer at least four hours a week, but Joan often spends six or seven hours at the NICU. Many parents consider her a grandmother to their newborn and are very thankful for her. Her love, compassion, and selfless nature put both the babies and parents at ease.

Joan says sweetly of the infants in her care: 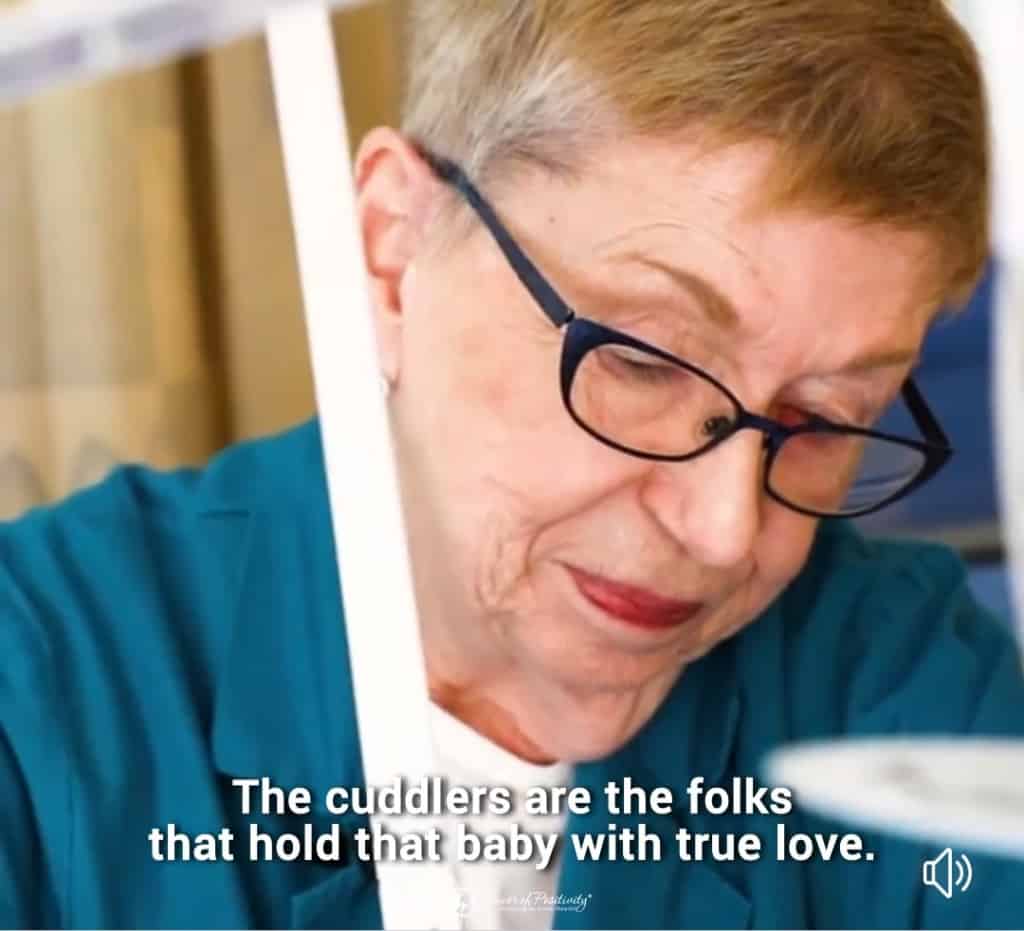 “I talk to them, and I don’t talk baby talk. ‘You’re handsome, you’re the cutest thing I’ve ever seen,’ I say that to a lot of the babies. I sing to them. I don’t have children, but I feel I have angels all over. That’s what they are to me. When a baby is ready to go home, it’s like, hallelujah! I pray that they have a good life ahead of them,”

Of course, saying goodbye is usually the hardest part. However, she finds comfort in knowing that she’s made a small difference in each of their lives.