For years, glucosamine enjoyed a highly-desired status among go-to for gym-goers. That’s because this supplement aids those who need a little bit of help recovering from long, strenuous workouts.

Commonly paired with chondroitin, a dietary supplement that helps accomplish the following:

The combination of glucosamine and chondroitin is so popular that manufacturers sell it as a singular supplement product. This multi-use packaging means that you don’t have to buy one bottle of each to derive these benefits. It is also worth noting that a 2018-study published by the American Family Physician revealed that the U.S. consumer market for the combined supplement has an estimated valuation of $810 million.

Doctors also know that glucosamine, even when used alone, can also benefit those struggling with painful arthritis symptoms.

WHY GLUCOSAMINE IS BECOMING THE MUST-HAVE SUPPLEMENT

Glucosamine (D-glucosamine) is a naturally-occurring compound found in cartilage, the hard tissue that helps cushion your joints. Without this compound, jumping, running, and even walking would be extremely painful. Although the human body is capable of producing D-glucosamine naturally, it produces less of it as we age. As a result, many individuals, particularly those struggling with joint pain, will turn to supplements that contain this compound to relieve pain and improve mobility. The same applies to athletes and avid gym-goers as well. And when you add in the fact that these supplements are well-researched, it is not too hard to see why they have captured the attention of so many consumers. 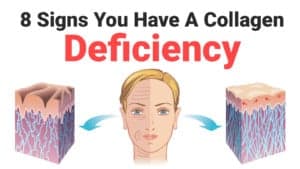 WHAT YOU MAY NOT HAVE KNOWN ABOUT D-GLUCOSAMINE

A look at ongoing research shows that D-glucosamine remains one of the most studied supplements on the market today, with well over 20 randomized controlled trials involving more than 2,500 study participants. These trials revealed that D-glucosamine was effective in slowing the progression of anatomic joint structure changes often associated with knee osteoarthritis. Further, these results came with little to no side effects. Of course, the joint and mobility benefits did not end there as researchers and scientists involved in these trials also found that D-glucosamine was effective in controlling the progression of symptoms that are usually par for the course when it comes to knee osteoarthritis.

WHAT YOU SHOULD KNOW ABOUT ARTHRITIS PAIN

We will detail how a supplement regimen that includes D-glucosamine can help resolve pain and mobility issues associated with arthritis. However, it is important to note the three common types of arthritis, including the following:

This form of arthritis is considered an autoimmune disorder and occurs when the immune system begins attacking the body, namely the joints. Individuals with this autoimmune disorder often experience severe pain, swelling, and stiffness in numerous joints. While the epidemiology of rheumatoid arthritis is not fully understood, researchers, scientists, and many physicians believe that it is the result of the immune system becoming confused, typically following an infection or virus, and attacking healthy tissues in the body. In any event, individuals with rheumatoid arthritis typically find completing routine tasks, such as walking, driving, or even opening a jar, exceedingly difficult.

This form of arthritis usually affects those between the ages of 30 and 50. Individuals with psoriatic arthritis will usually develop areas of patchy, raised skin, which can form on nearly any part of the body. These skin conditions are often made worse by a burning or itching sensation. In most cases, the discomfort stops here; however, for about a third of the people with psoriatic arthritis, these symptoms are accompanied by swelling that affects the fingers and toes. And over time, the swelling will start to impact joint health in these specific body parts. Those with this form of arthritis may find driving and completing tasks that require the use of their fingers difficult.

This form of arthritis is by far the most common; according to News Medical Life Sciences, an online, open-access resource for insightful medical information, osteoarthritis affects the lives of 27 million people in America, surpassing that of rheumatoid arthritis, which affects roughly 1.3 million Americans. While osteoarthritis is usually a byproduct of getting older, the condition is also common among those who are obese or overweight. Osteoarthritis causes inflammation and a loss of cartilage, both of which can impact joint mobility, particularly in the knees, hips, feet, and spine.

Because D-glucosamine supplements are not as effective in resolving symptoms caused by certain types of arthritis, it helps to know the difference between these three common forms of arthritis. 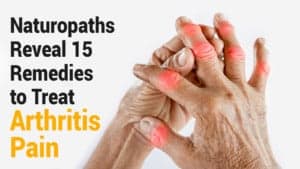 First and foremost, there are many variations of D-glucosamine supplements on the market. Some products contain sulfate, hydrochloride, or N-acetyl. That said, the go-to for those seeking relief from pain and other arthritis-related symptoms is D-glucosamine sulfate. And this is especially true when it comes to osteoarthritis. In a study published by the National Institutes of Health, which included 318 study participants, researchers concluded that those who took 1,500 mg of D-glucosamine sulfate per day achieved the same level of relief from arthritis-related pain symptoms as those who took 3 grams of acetaminophen three times per day.

Because rheumatoid arthritis is an autoimmune disorder, D-glucosamine supplements may not be quite as effective in relieving stiffness, pain, and inflammation. However, studies show that those who are struggling with the condition can still benefit from taking them. To help put this into perspective, a study published by Healthline, an online resource for health information based in San Francisco, CA, revealed that study participants diagnosed with rheumatoid arthritis who took 1,500 mg of glucosamine hydrochloride per day for three months saw noticeable improvements in their symptoms compared to those who took a placebo.

When it comes to psoriatic arthritis, there is little scientific evidence to suggest that taking D-glucosamine supplements can provide relief from arthritis symptoms.

However, most scientists, researchers, and even rheumatologists believe that in a holistic approach. That’s a combination of a healthy diet, exercise, and D-glucosamine supplements. This combination may provide individuals with a small amount of relief from their symptoms. 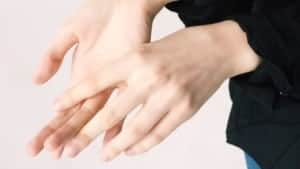 HOW DOES D-GLUCOSAMINE WORK IN THE BODY?

Although the mechanics behind how D-glucosamine works when it comes to easing arthritis-related symptoms is not fully understood, they do boost cartilage production in the body. And the more cartilage you have to cushion your bones and joints, the less severe your arthritis symptoms. Of course, rheumatoid arthritis is the exception in this regard. All in all, D-glucosamine helps boost cartilage production and minimizes the deterioration of existing cartilage, both of which keeps joints healthy and painful arthritis symptoms at bay.

As with any supplement, D-glucosamine is not regulated by the Food and Drug Administration. Therefore, those who choose to take this supplement to ease arthritis pain, improve joint mobility, or a combination of the two should do their own research and choose a brand that best meets their health and wellness needs.

Also, note that D-glucosamine supplements contraindicate with certain medications. In other words, they may cause an adverse reaction when taken together. Some of these medications include:

As a prescription anticoagulant, doctors issue warfarin prescriptions when it comes to resolving blood clots. However, if taken with D-glucosamine supplements, it can lead to excessive bleeding.

If you’re among the 7 million Americans allergic to seafood considering D-glucosamine supplements, keep in mind that they are derived from shellfish. As such, it would be best to either avoid them entirely or speak with an allergist before taking them. According to a study published by the United Kingdom’s National Health Service, D-glucosamine may affect blood glucose levels and also worsen asthma symptoms in those who are already struggling with the respiratory condition.