An empath is a person that is particularly good at tuning into the feelings of those around them. The feelings are so overwhelming that they may find it hard to be in large crowds due to their sensitive nature. Are you or someone you know an empathetic person?

One common simile that psychologists use to describe an empath is that they’re like a sponge. They can easily absorb both the pleasure and pain of others. These people don’t have filters to shield themselves from a bad situation, so it’s not uncommon for them to attract negative emotions.

They may not know why they are so upset at the end of the day, but they are no doubt channeling the emotional fields they’ve been around. Another common thing in this group is that they are sensitive to sounds. Hectic environments like the grocery store may cause significant stress and be too overwhelming.

Fifteen Key Behaviors Indicate You Are an Empathetic Person

The wonderful thing about these people is they bring a lot of heart and compassion to the world. If you tend to be empathetic, then here are 15 things that you might do without even realizing it. 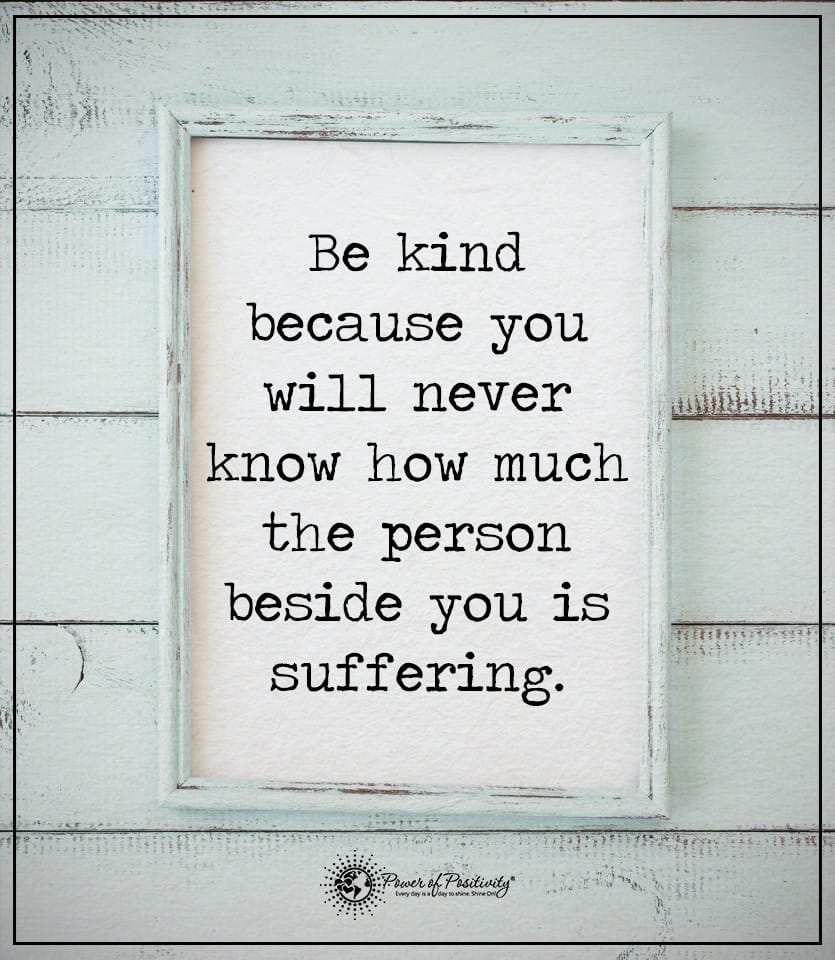 You can’t just feel bad for someone because your instincts require you to take it to the next level. You take on others’ emotions so profoundly that you often let that overshadow your need to take care of yourself. It’s not uncommon to become fatigued or burnout from all the energy used to help others, so there’s nothing left of you to pour into your own needs.

Close contact with anyone can be problematic, but it can scare the empathetic person regarding intimacy in romantic relationships. You may become stressed and overwhelmed when you’re spending a lot of time with someone. Most of it stems from irrational fears of losing the one you love.

An empath often goes into sensory overload, which can be devastating during sexual encounters. Your “frayed nerves” keep you from some pleasurable life experiences. Often, people in relationships with an empath don’t understand their need for alone time and space.

Their requests for solitude come across as being hurtful, and then the empath absorbs those negative emotions. It’s common to see these people choose to remain single rather than attempt the roller coaster.

3. Can Pick Up On Subtle Cues and Provide Insight

An empathic person is known for having strong gut reactions. They use their instincts to pick up on dishonesty or other things that appear off. Empaths put a lot of faith in their instincts without noticing it.

Though some might say you’re a bit impulsive, you’re just using your gut to guide you. Those subtle clues that bypass others don’t get by you.

4. Nature Calls To You

There’s nothing wrong with spending time in nature, but the empath feels a calling to go to remote areas. Nature provides the serenity and calming that someone on sensory overload needs.

You can sit on the shore and watch the waves crash for hours or hike to a mountain peak for solitude. Empaths use nature to soothe an overstimulated mind, but you probably didn’t know why you felt such a closeness to the earth.

5. You Shop At Small Stores In Non-Peak Hours

Walking through the mall for a leisurely Saturday afternoon trip seems like fun to most folks. However, the empath is overwhelmed by the number of people, the noise, the lights, and the energy.

Since you can feel both positive and negative emotions, it’s too overwhelming to absorb all this racket, and your senses are on overdrive. Due to this tremendous feeling, you may choose to shop at smaller stores at non-peak times.

Do you find that everyone tends to run to tell you their problems? Many friends and family members save time and money by coming to you instead of a psychologist.

An empathetic person may get so many people dumping on them that they feel drained at the end of the day. Considerate, empathic people are fantastic listeners, which is why you will never want for company.

7. You Avoid Perfumes, Candles, and Other Strong Scents

The increased sensitivity you feel isn’t just emotionally based on your overly sensitive to smells and sounds. Do you know that some empaths can’t take being around someone that wears perfume or cologne? Highly scented candles and air fresheners can also be overwhelming.

Loud sounds are an issue, so you probably prefer your technology volume to be friendly and low. Any loud noises can be physically jarring and can even cause panic. 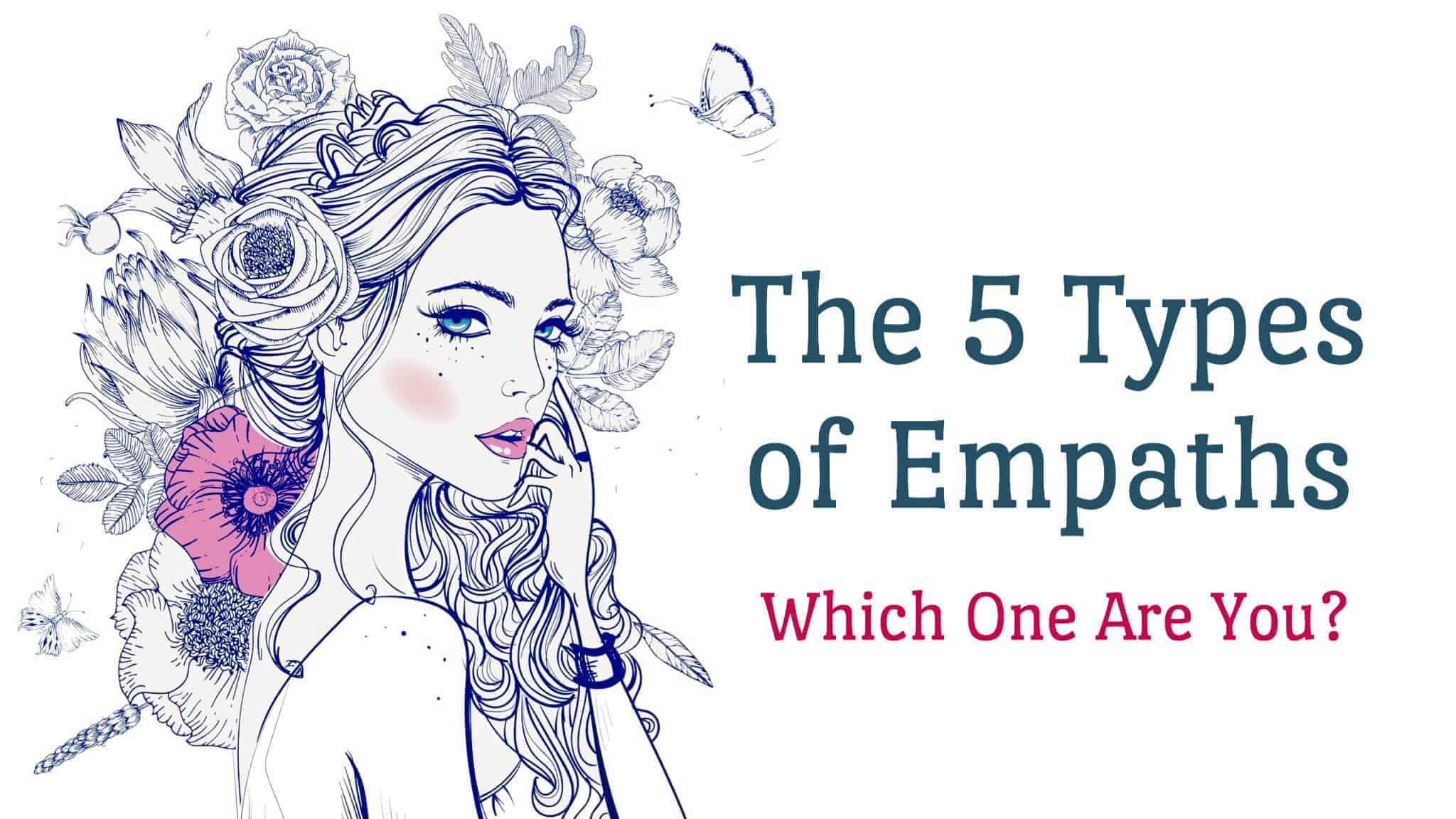 8. You Need A Time Out To Restore Your Energy Reserves

It’s draining to be sensitive to others’ pain, so it’s easy for the empathetic person to become depleted both physically and emotionally. Even positive feelings can be overtaking. It would be best if you had time to rest and process all your emotions.

When the empath can’t escape all the feelings and rest, they can become burnout or even get physically sick. Some may feel that you’re an introvert, but that is not always the case. You’ve been energized till the point of exhaustion, and you need time to rebuild those reserves.

9. You Avoid Conflict At All Costs

Empaths dread any conflict because the higher sensitivity range makes you wear your emotions on your sleeve. You often walk away with your feelings hurt at even the slightest remark. You can’t help it, but you take criticism so personally that you avoid such altercations.

Any arguments will cause you more distress than the next person because your feelings and reactions are different than most. Since you have a habit of soaking up others’ emotions, you strive to address everyone’s hurt even when you don’t know-how. You don’t have the coping skills to deal with even the smallest fight.

10. You’re a Loner Because You Don’t Feel as Though You Fit In (even though you do!)

Even though people love to confide and be around you, you have a hard time relating to others on a personal level. Due to your sponge-like emotions and the fact that you become stressed so quickly, you feel like an outsider.

To avoid the feelings of being out of place, you keep your inner circle small. Empaths usually tend to be private people who prefer the company of a smaller crowd. It’s just less stressful.

Many people mistake empaths for hermits because they tend to isolate. It’s not that you don’t like to be around people, but those times of solitude are healing to you. You must be careful that you don’t isolate for too long because it can have a real impact on your mental health.