Dry needling is a holistic treatment that is not the same as acupuncture. People from all around the world rely on healers to help them end pain and want an alternative to prescription medications. You might also find this ancient Chiese art called IMS or intramuscular stimulation.

The Importance of Needle Types

There are two types of needles that practitioners use for this therapy, which include solid filiform and hollow-core hypodermic. The needles used in this therapy are much different than those used in other treatments. For instance, the ones used in acupuncture are skinny, and they don’t do well in the methods used in dry needling. The original needles used for this treatment were the hypodermic variety.

Issues about them getting through dense contraction knots are a concern, so today, most practitioners use solid filiform needles. Patients say that they are more comfortable, and they are easier to manage for the therapist. Thankfully, the risk of any infections from the needles is non-existent since practitioners only use disposable varieties.

The goal of this treatment is for the needle to penetrate the myofascial trigger points in the body. While this is an Eastern practice, the popularity has spread to Europe, Australia, and the United States.

What Issues Can Needling Treat?

It works best when used to treat connective tissue disorders as well as skeletal muscular pains. However, practitioners often treat neck and back pain, chronic headaches, jaw discomfort, sciatica, and hamstring strains as well as common conditions like carpal tunnel and tennis elbow.

The American Academy of Orthopedic Manual Physical Therapists recommends that a person utilize dry needling in combination with manual physical therapy. There is strong evidence that these therapeutic methods can improve pain, help alleviate muscle tension, and they will heal electrical dysfunction in the body. As with most Chinese Medicine, needling works with the “channels” or “meridians.”

Why are people becoming so enthused with various Eastern medicinal practices and rituals? Many want to avoid the side effects associated with prescription pain killers. Those suffering are looking for alternatives to alleviate pain without addiction and other problems that come with medications. Additionally, needling and cupping are increasing in popularity because they work. 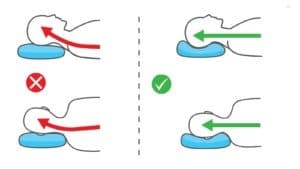 The History Behind Needling

Originally called fibrositis, historians estimate that dry needling first came about in the early 1900s. It was the successor to wet needling, which was discovered by Sir William Gower, MD. However, it wasn’t until the 1940s that the medical community knew about pressure points, so given this knowledge was imperative to perfect this therapy form.

Janet G. Travell was the first person to use the term dry needling. The phrase was developed to differentiate between needle techniques used in the various Eastern therapies. While she didn’t elaborate on the differences, she used her travels and studies on Eastern put a name to the art.

What the Difference Between Deep and Superficial Dry Needling?

There are a couple of different techniques that practitioners utilize for dry needling. The method used will be determined by the tissue that they targeted as well as the overall objective for therapy. The first method is called deep. The goal in deep needling is to make the trigger points inactive.

By detonating these trigger points, it can help to alleviate pain. The practitioner knows that they have hit the right area because there will be a slight twitch that is released from the spinal cord when the right area is stimulated.

The second form used is superficial. Unlike deep methods, the superficial places the needle a mere 1-2 mm into the skin. There are many situations when going deep into a band of muscle is excruciatingly painful. Furthermore, another method to get similar results without such pain is to use needles to graze the area rather than penetrating it superficially.

Both types of needling have their purpose and can work wonders. The practitioner will decide which method to use based on the symptoms and the patient’s tolerance for pain. Some people tend to be squeamish at the sight of a needle, so they would rather start small and work their way into a deeper needling session.

Is the Procedure Painful?

Many people are worried that it will hurt having needles placed through their skin. However, the needles are very thin and flexible, which means they can go through the skin without cutting or being unbearable. Though many people say they don’t feel any pain with the procedure, they will see a twitch in their muscles when it’s stimulated properly.

The twitch often feels like a tiny electrical shock similar to that of a ten’s unit. The practitioner does everything possible to make the experience both comfortable and therapeutic, but there will be some slight sensations that show they have stimulated the right area.

If you were to ask people who have used this therapy if this method of needling is effective, you would get a wide variety of responses. Some people feel it’s the best thing they’ve ever done, while others have mixed reviews.

Many people say that it works well in the short-term. The long-term benefits haven’t been well documented. It’s still rather new in this country, so the studies will only improve as time goes on. However, historically, needling works best when combined with another type of therapy.

It should be one outlet for pain management, but for some people, they will still require more to manage their discomfort effectively. However, some say they are addicted to needling and find that it’s the only thing they need to combat their pain.

Thankfully, it requires a skilled person to administer this therapy form as not just anyone can be licensed. Since it’s modern biomedical science, it requires hundreds of hours of education, examinations, and a person must have an excellent professional standing to be licensed.

Though, even with all the requirements for licensure, there are still not many health care standards that govern Chinese medicine in this country. 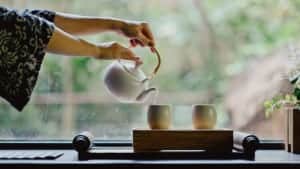 Does Insurance Cover Such a Procedure?

Insurance doesn’t cover dry needling or acupuncture. Much of the medical community doesn’t acknowledge the effectiveness of Eastern medicine. The Western world has opened its eyes greatly to these alternative therapies, but there is still much work to be done.

There was a time when insurance wouldn’t cover chiropractic care either. Things are changing and evolving, and practitioners are optimistic that there will be a day soon when Chinese arts like this one will be covered. Once there are more studies, and people begin to advocate for coverage to reduce the options of narcotics and other pain management, it’s likely to change.

Thankfully, the price for these therapy sessions is usually very affordable. The average session lasts anywhere from 30-60 minutes, and you can seek treatment up to once each week.

Is There Any Pain After A Session?

One of the most appealing things about needling therapy is that there are no significant side effects that come with the use of narcotics and other treatments. After a session, it’s normal to experience the following:

The injection site may be a little sore for a few hours or even days after the injections. However, the pain should not be unbearable and only a minor inconvenience.

The risk of developing an infection is scarce in needling. However, you break the skin, there is some risk. Thankfully, because the therapy utilizes sterile, disposable needles, your chances are minimal.

When the healer injects the needle, it might hit a vein or artery, which makes some slight internal bleeding. It’s nothing to be alarmed about, but a bruise can be a sign of the needle encountering one of those blood suppliers. Anything other than a small bruise should be evaluated.

Have you ever heard the saying that you’ve touched a nerve? If the healer accidentally hits a nerve with a needle, you will feel a slight prickling sensation. Don’t worry; this sensation only lasts for a short time.

One of the most severe conditions that can come about from needling is pneumothorax. A needle can puncture the lung and cause you to experience shortness of breath. This risk is why it’s imperative that you only hire someone to administer this therapy that is well trained as they will know how to respond to any unlikely event. 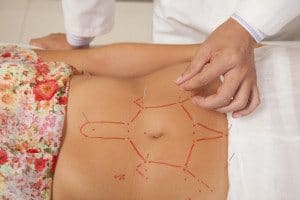 Final Thoughts: Is Dry Needling for Me?

If you suffer from a painful condition that is making your life miserable, then you should try needling. Many people are excited about the way these small needles can completely make the pain they experience diminish or go away. Since every experience is different, it’s something that you must try a least once to see how you respond.

Chinese medicine and ancient rituals have leaked into the Western world. They offer a glimpse at how the body can heal and rejuvenate itself without the addition of pharmaceuticals. Rather than masking the problem, needling goes right to the source to stimulate healing properties by hitting those trigger points. It’s a great alternative therapy that many say works well.