Rejection is one of the most common occurrences in our lives, but figuring out how to deal with rejection is very hard for some people. The first time that I seriously had to deal with rejection was from my high school crush. It took me two weeks to build the courage to tell him that I had a crush on him and although he let me down gently, I still felt like I wanted to hide under a rock for the rest of the school year. I didn’t hide–I went to school everyday with my head held high and eventually I realized that it wasn’t the end of the world.

Being rejected can make some people feel unsure of themselves, unsafe, angry, embarrassed, and a lot of other strong, negative emotions. Rejection hurts and its very hard to hide the pain. Despite the pain, some people seem to deal with rejection easily and continue on with their lives (like I did in high school) but there are others that can’t handle it very well. Some people handle it so badly that it prevents them from trying that goal again for years.

1. Prepare yourself in advance for rejection.

We are always told to think positive thoughts in order to get a positive response. This is true but just because we don’t think negatively doesn’t mean we shouldn’t think about the negative.

Before tackling any goal, whether its asking someone on a date or going on the most important job interview of your life, you should always consider the possibility that things might not go your way. Take the time to consider what would happen if you get rejected. Yes, you will feel bad but what will really happen? Usually the consequences of rejection are short term. Maybe your friends will laugh at you because you didn’t get the date, but tomorrow they will forget all about it. Maybe you will have to apply for another job, but the next job has better benefits. You will realize that the consequences of rejection aren’t as harsh as you originally thought they were.

2. Don’t be ashamed to show your emotions.

Showing emotions after rejection may seem as if you are being weak, but that isn’t true. Acknowledging your emotions after a rejection will allow you to figure out how to cope with them in a healthy way rather than internalizing them. According to Dr. Noam Schpancer, a professor of psychology at Otterbein University, avoiding your negative emotions can lead to you living in constant fear of your negative emotions. This can lead to a cycle of you avoiding the chance to pursue goals for fear of rejection. In other words, you may miss out on amazing opportunities in the future simply because you haven’t dealt with emotions from an old rejection.

3. Keep busy after being rejected.

One of the worst things you can do after you’ve been rejected is to become a cry-baby couch potato who plows through gallon after gallon of ice cream while binge-watching your favorite series on Netflix. Not only will you feel bad about being rejected, but you will feel bad about putting on pounds from all the snacking. If you keep your body busy–house chores, leisure activities, exercise–this can improve your mood. Research shows that exercise (or physical activity that gets your heart rate up) actually encourages your body to release feel-good endorphins that make you feel better about yourself. Before you know it, you may feel so good about yourself that you will likely want to try to pursue the failed goal again. 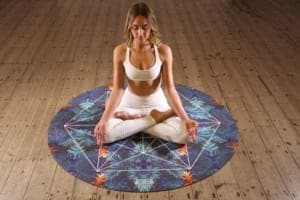 Getting rejected hurts–it can sting pretty badly. It is perfectly normal to feel bad about being rejected. Despite this feeling, there are healthy ways, such as the above tips, that you can use to deal with rejection and with the emotions that stem from your rejections.

When you practice dealing with your emotions in healthy ways, you will begin to see that rejection doesn’t have to bring your life to a halt. You will stop fearing rejection and start being eager to learn and grow from it. In the end, you will see that learning how to deal with rejection gracefully enriches your learning experiences.