Rejection can feel like you’ve been run over by an 18-wheeler if you allow it to make you feel that way. It’s a negative emotion that can affect your very core, but it can’t do that on its own. You have to be the one that allows rejection’s negativity to harm you. The following tips will help you to not only deal with rejection but prevent it from ever getting to you or bothering you in the first place. These simple tips will blow your mind because they will teach you how to deal with rejection and be done with it.

1. Understand That It’s not About You

The majority of rejections, whether they come from employers, teachers, parents or romantic partners, are about the other person. Very seldom does rejection have to do with the person who is being rejected. Often, rejection is about who the other person is and what they want rather than a flaw in your character or being. If you understand that it’s not about you, then you’re less likely to take it personally.

The term rejection is an ugly word by itself. It implies that the “rejectee” is somehow defective. What you can do to deal with rejection is change the terminology so that you can think of it as what it is: Another person’s denial. You haven’t been rejected as a defect of any kind. You’ve been denied something. The two terms will have a completely different effect on your psyche and emotional status.

3. Look at the Big Picture

The thing that you got rejected for may not have been your destiny. For example, a man or woman may have “rejected” you as a romantic partner, but perhaps that person was married with two children. You may have been “rejected” from getting a job, but the environment may have been hostile, wicked or just not the right fit for you to grow. There are a million reasons that you may have been refused such things. Don’t focus on reasons that place you at fault. Look for a minute at the big picture and consider other reasons.

4. See Rejection as a Growth Opportunity

Another tip for how to deal with rejection is to look at it as a growth opportunity. If your employer refuses you for promotion the first time, you could take some time to develop your skills or learn more about the trade. When you come back for the second interview, you may have grown enough for the employer to reconsider the first decision.

Rejection needs negative energy to grow just as plants need water to grow. If you disallow rejection to turn into negativity, you’re drying out its seeds and stopping it from blossoming into low-self esteem or damaged self-worth. It’s okay for you to feel disappointed that you did not get what you wanted, but it’s not okay to beat yourself up with the seeds of rejection.

6. Connect With Your Higher Power

If you are a spiritual person, you can take some time to meditate and grow closer to your higher power, who loves you just the way you are. You will not experience the sting of rejection from an entity who has nothing but love for you. Meditation can soothe you, heap you deal with rejection and heal the wounds that you may have allowed yourself to feel.

Words have tremendous power. They can lift or deflate a person. If you’ve never practiced self-affirmation, now is the perfect time to start doing it to deal with rejection. You can deal with rejection by reminding yourself that you are smart, beautiful, intelligent and so forth. Tell yourself positive things as many times as you need to. 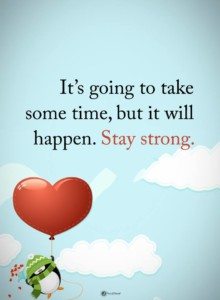 8. Stay in the Positive

Always stay in a 100 percent positive frame of mind. Think about the future. Think about the success that you will have the next time you have to deal with situation X, Y or Z. Keep your head up and smile so that negativity can’t touch you.

9. Move on to the Next Chapter

As mentioned before, it’s okay to spend some time being disappointed about something. It’s sad when another person’s denial doesn’t allow you to live your current dream or have what you want. Let that be the end of it, though. Don’t spend your life trying to figure out what you did wrong or what was wrong with you. The answer to that question is that you did nothing. The other party simply exercised his or her right to tell you no. Accept that and then move on to bigger and much better things.

Now you know how to deal with rejection and turn its negativity into a positive tool that you can use to grow. From now on, you should never let rejection get you down in the first place.