“By contrast, psychological control can limit a child’s independence and leave them less able to regulate their own behaviour.” – Dr. Mai Stafford

Sometimes, family can go from being present, to being too present. Trying to find the balance between allowing children to be independent and still looking out for their best interests can be hard. However, swinging too far in one direction can result in a controlling household.

Families and parents that try to control their child’s every move create adults who display maladaptive behaviors, simply because controlling behaviors “can limit a child’s independence and leave them less able to regulate their own behavior,” says Dr. Mai Stafford. Here are some of the most common adult behaviors of someone who grew up with a controlling family or parents.

Adults who grew up with a controlling family will have trouble with being codependent on other people in their lives. Sometimes, those people can turn out to be close friends. But, most often, the new role of codependency falls on a romantic partner. Because of the controlling nature of the family, the adult who grew up in that family may start to seek someone to replace the codependency of their parents.

Someone who grew up with a controlling family is much more likely to be a perfectionist. This perfectionism often stems from wanting to avoid getting in trouble, or to avoid criticism from within the family. As an adult, the perfectionism carries over to the rest of their everyday life. This perfectionism is often maladaptive and can cause issues in the adult’s workplace or relationships.

A controlling family will often instill a sense of uncertainty in the child in order to more easily control what they do (or don’t do).

“Often the roots of low self- esteem lie deep in a wounded child within us who feels “not good enough.” As children we feel accepted only to the extent we feel unconditionally loved and supported by our parents,” says Dr. Sonera Jhaveri.

This uncertainty carries over into adulthood in the form of self-doubt. This means that someone who had a controlling family is more likely to seek out affirmations from their friends or romantic partners. They may have trouble doing normal day-to-day tasks without getting approval from someone else in their life. 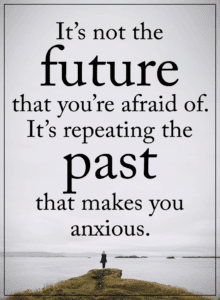 Adults who grew up with a controlling family have a hard time relaxing. They often feel like they’re being watched or scrutinized. This stems from the controlling family during childhood, where the family would often exercise their need for control over the child’s need for privacy or autonomy. In adulthood, these people will still feel like they’re being watched, no matter how distant or far away from their family that they are.

If a child grew up being told that they should never, under any circumstances, get a tattoo, then as an adult, that person may struggle with feeling like they are betraying their family if they decide to get a tattoo. This could happen with any behavior that a person exhibits that had been deemed problematic or unacceptable by their controlling family. Adults with controlling families have trouble fully expressing themselves due to fear of disappointing or betraying their families.

Adults who had a controlling family growing up often default to lying, even if they don’t need to. They lie about little things – like what they had for lunch, or what they did over the weekend. The lies are not usually something large enough that they will get caught up in the lie. This is a leftover coping mechanism from childhood, in which the child would need to lie to their controlling family in order to avoid getting in trouble for expressing some autonomy over their own selves.