Dieting is difficult for everyone. You deprive yourself of all the yummy, sinful foods (think: chocolate cake) you want. Instead, you save them all for a cheat day or banish them altogether.

It can be hard to stick to your diet, and often, you may end up finally breaking down and throwing your willpower to the wind. But what if I told you that it doesn’t have to be this way? What if you knew that the harsh, carb-cutting diet you’re likely on now isn’t working for a good reason?

Yes, we all know how restrictive a diet can be. But dieting hard doesn’t mean you’re dieting smart. And to eat intelligently, you have to pay attention to science and ignore the fad dieting advice from non-experts.

Thankfully for everyone, science might be on your side for this one! In fact, dessert for breakfast might be the one thing you need to kick-start your weight loss journey. No, I’m not joking!

What Is Dark Chocolate?

Also called plain chocolate, black chocolate, or sour chocolate, dark chocolate is a type of chocolate that does not contain added milk. Instead, it is made primarily from a mix of cocoa solids, sugar, and cocoa butter.

The standards that determine whether chocolate is considered “dark” different by market and nation, but for the most part, dark chocolate has the same qualities across the board. It’s darker in color than the milk chocolate you might usually eat. However, it’s less sweet than other forms of chocolate. Plus, it’s healthier than its alternatives.

High-quality dark chocolate is often extremely nutritious. So if you’re buying good brands and types, you can expect a higher content of cocoa and, therefore, increased nutritional and health benefits. Within a single bar of 70% – 85% dark chocolate weighing 100 grams, you’ll receive:

Of course, getting this much nutrition from what is essentially a bar of dessert comes at a cost. It’s very much not recommended for you to eat 100 grams of dark chocolate daily. Indeed, that’s a considerable amount with approximately 600 calories and more sugar than you should consume.

However, it remains a known fact that eating moderate amounts of dark chocolate – such as one square per day, depending on your dietary restrictions – is pretty healthy for you. But what about something more flavourful, like chocolate cake? Read on to find out!

Can You Eat Dark Chocolate Cake For Breakfast?

The short answer is one we all want to hear: yes! But before your positive thinking brings you to chocolate heaven, let’s understand the science behind it.

A study conducted by Tel Aviv University indicated that when regularly consuming dark chocolate cake with breakfast, individuals experience a higher chance of positive weight change. The researchers working on the case were, in no particular order:

Group one’s diet focused on being low in carbohydrates, with their breakfasts totaling only 300 calories. Group two, on the other hand, received a high-carb, high-protein breakfast totaling 600 calories that included a daily chocolate dessert.

At the halfway mark of the study, both groups saw consistently similar results. Each individual lost an average of 33 pounds. But then, during the second study half, the results began to differ incredibly.

Those who were eating low-carb diets with small breakfasts began to regain their old weight, with an average of 22 pounds regained per person. On the flip side, those who consumed 600-calorie breakfasts with a chocolate dessert carried on to lose more weight, dropping an average of 15 pounds!

This practice led to an average of 40 pounds more lost by this second group compared to the first. It’s truly an impressive number. But what caused this amazing feat to happen?

Why Can You Eat Chocolate Cake For Breakfast?

Food cravings play a massive role in weight loss efforts. Overly restrictive diets can lead to a feeling of hunger or dissatisfaction, especially when you deprive yourself of every food you enjoy for prolonged periods.

According to the researchers, these higher calorie breakfasts played a considerable role in reducing food cravings throughout the day. The kick of something sweet and enjoyable along a filling, energy-providing breakfast prevented study participants from allowing severe food cravings to influence them.

The more filling breakfast with more glucose also helped participants to maintain their energy levels throughout the day more efficiently. This meal prevented unwanted hunger and weakness that could have forced them to eat outside of their diet. Your body may also begin storing food as fat stores to try and maintain survival.

At the beginning of the day, the body is also more adept at burning energy. It uses the most energy in the mornings, and as such, it is easier for you to burn off the calories from your sweet treat as the day goes on, without even trying.

Does this mean that you should continuously give in to cravings? Of course not. Instead, take a more positive approach to food. Instead of insisting on banning everything you enjoy from your meal plan, find ways to work little treats into your breakfasts. Make sure you stay within your calorie goals when you do so, though!

While this research’s main finding indicates that you can virtually eat any relatively healthy dessert food for breakfast within certain calorie limits, chocolate products are still your best bet. Their overall health benefits mean that they’re a great way to get useful nutrients into your system.

Other Health Benefits of That Dark Chocolate Cake

Dark chocolate offers countless other benefits outside of just weight loss. This is why chocolate cake as a breakfast option seems more appealing, especially if you opt for dark chocolate. Here are some of its many plus sides:

Dark chocolate is full of flavonols, and these compounds can help the artery linings, known as the endothelium, to create nitric oxide in higher amounts. Studies indicate that this helps the arteries relax, allowing blood to flow more smoothly and preventing high blood pressure.

Dark chocolate itself has been found to have a positive impact on blood pressure in multiple different studies. However, more research is needed in this area.

Another component found in abundance in dark chocolate is bioactive compounds. With flavonols, they can help to keep the skin protected against skin damage. Their improvement of blood flow also means that you wind up with more well-hydrated skin.

Studies have found that consuming dark chocolate for three months can lead to double the resistance to UVB rays based on minimal erythemal dose calculations.

Observational studies have often found that consuming dark chocolate allows for a considerable improvement in heart disease risk factors. This news is likely due to the way it helps the arteries function more smoothly and also lower harmful cholesterol while bolstering the positive kind. (We’ll talk more about that later!)

The results can’t be denied. A study published in the Arch Intern Med journal found that cocoa consumption was able to reduce heart disease fatality risk by 50% in 470 men across a period of 15 years. Other studies have found that chocolate consumption reduces calcified plaque risk.

Antioxidants work by preventing free radicals from releasing their harmful effects. To test the most potent antioxidants, oxygen radical absorbance capacity tests are conducted. These tests involve placing free radicals into test tubes with food samples and seeing which foods can fight off the radicals the most.

Cocoa beans, when unprocessed and raw, have tested among the very highest of all oxygen radical absorbance capacity experiments. Though more research within the human body is needed, as opposed to these test-tube studies, it’s safe to say that dark chocolate antioxidants are relatively active.

Since cocoa and dark chocolate can improve blood flow, it’s not surprising that studies have shown that these foods enhance blood circulation in and to the brain, too.

Elderly individuals who consume cocoa can face a lower risk of developing degenerative disorders. It may also improve their cognitive ability, fluency, and overall brain function, as well as provide a positive thinking boost.

Another few positive components within cocoa are theobromine and caffeine, which are both contained in minimal amounts. These provide the brain with a small boost without causing caffeine withdrawal issues or resulting in overstimulation. 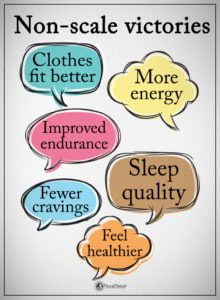 Many people believe that all cholesterol is bad, but some are healthy! HDL (positive cholesterol) is much preferred and is even necessary for the body, as opposed to LDL (harmful cholesterol).

Dark chocolate – specifically cocoa powder – has been found to help decrease LDL levels for men while boosting HDL. This may be due to the high antioxidant content within the chocolate. 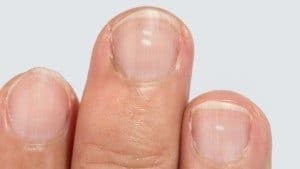 It’s easy to feel guilty when enjoying a sweet treat or dessert when you’re on a diet or trying to watch your weight. But the scientific truth is that being too restrictive can cause you more harm than good. It will make it hard to keep your positive thinking going, leaving you susceptible to caving into cravings.

Luckily, the most favorable solution is a straightforward one. Have your treats, in the right amounts, and at the correct times! Adding a little chocolate to your breakfast is just one way you can do this. It’s the most recommended way, too – but there are plenty of other options you have!

So experiment a little and find what works for you, but always keep chocolate in mind. And, honestly, who doesn’t want chocolate for breakfast?