February 8, 2016 marked the beginning of the Chinese New Year, which runs until January 27, 2017. In the Year of the Fire Monkey, the confident, domineering energy of Fire meets Monkey’s creative, upbeat, and curious spirit.The Chinese Zodiac runs on a 12 year cycle, with each year being represented by a different animal and its innate characteristics. These 12 animals include: Rat, Ox, Tiger, Rabbit, Dragon, Snake, Horse, Goat, Monkey, Rooster, Dog, Pig.

This chart below shows which zodiac sign you are: 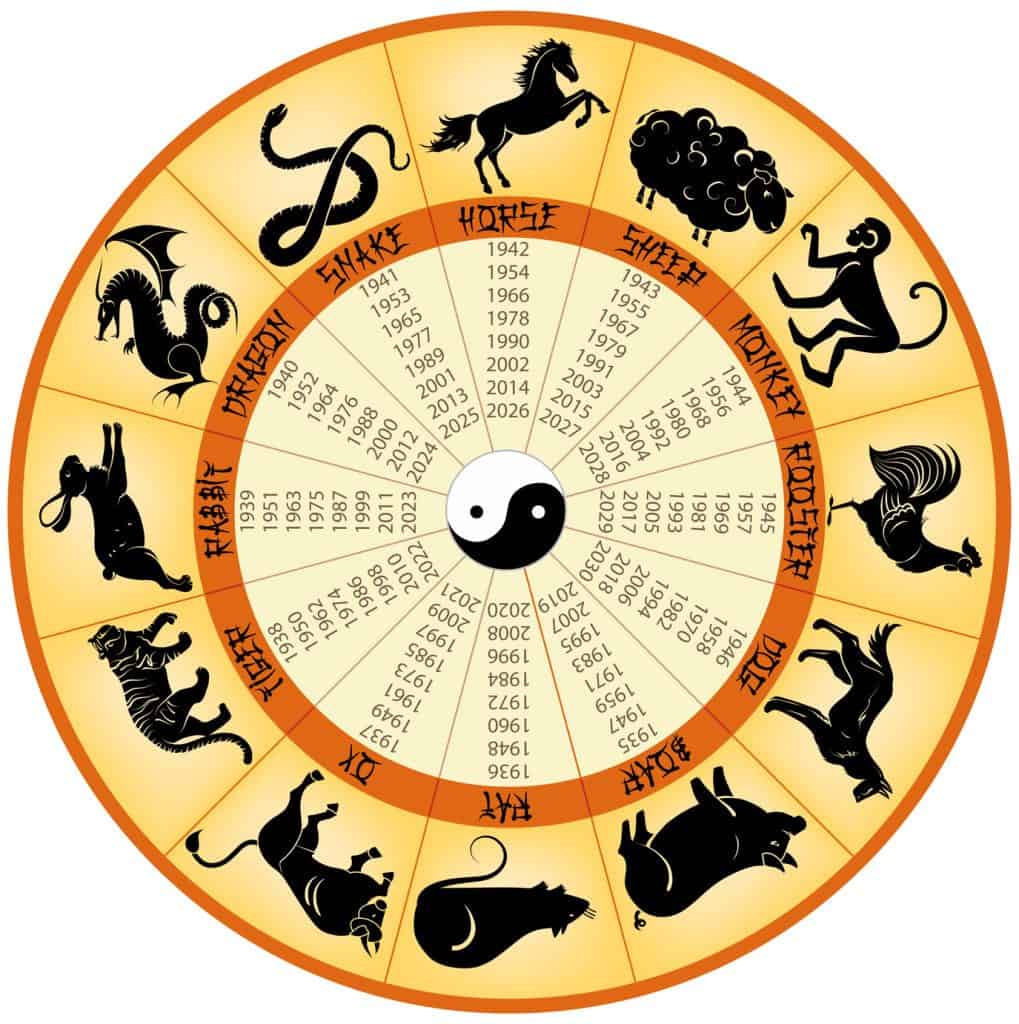 Your Chinese Zodiac sign comes from your birth year, according to the Chinese lunar calendar.

2016 is the year of the Red Monkey, according to the Chinese Zodiac. There are 5 elements composing each animal: water, air, fire, wood, and metal. With the Chinese Zodiac, it combines the theory of Five Elements, the relationships between animal signs, and the image meaning of I-Ching hexagram. With that said, the monkey combines the elements of metal and water.

What Does Your Chinese Zodiac Reveal for 2016?

Rats, it looks like 2016 will bring much success in relationships. If you’re single, you’ll have opportunities to find a lover, and if you’re already partnered up, it might lead to something more serious.

Career-wise, everything looks positive, but make sure to not let petty arguments get in the way of success.

Ox, you have a romantic lucky star in the forecast this year, so be on the lookout for your next love interest.

Last year may not have looked so good for you, but don’t worry – just focus on clearing out negative energies and keep working on you. This year looks far better already for you, both love and career-wise. Keep reaching for the stars, and turn those dreams into reality! Just keep your confidence and believe that any wrongs will quickly be made right.

Tigers, you will easily attract love this year, or keep it around if you already have a partner. However, the Tiger and Monkey are enemies, so watch out for conflicts this year.

Try not to let your impulsive nature run the show too much, Tiger. This is the year to step back and really think your decisions through before you act on them. Your determination and willpower will allow you to calmly make big decisions and see every goal through to the end.

Single Rabbits will meet lots of new people and maybe even their one and only. Those in relationships will watch their love blossom and deepen throughout the year.

Rabbits will have the best luck of any animal this year, enjoying abundance in finances and business opportunities. Creative Rabbits will enjoy many new events and people this year, with the star of prosperity shining brightly up above them.

Dragons, sorry to say, but this year doesn’t look so bright for finding love. However, the victory star will shine overhead, bringing much luck in finances and business. The wisdom of the Monkey will positively impact the Dragon, which will help to show you down the right path. Keep your head up through any difficulties, as they will quickly pass.

Those in long-term relationships may find themselves answering to a marriage proposal, and single Snakes shouldn’t let their picky nature influence a new flame.

Snakes will enjoy great luck and fortune this year, but need to watch their money closely. The victory star brings even more luck and good fortune to the Snake.

Horses, this year doesn’t look so bright for love – relationships might either fizzle out quickly, or hit many roadblocks later down the road. However, it looks wonderful for your career this year, as the heaven luck star will guide you down the right path.

This year, remember to keep taking risks, look after your own health and energy levels, and watch your surroundings so that nothing catches you by surprise. Major life changes will await you if you put in the work and stay committed and focused.

Sheep, this year looks promising for you in the love department, as long as you don’t let your sensitive nature control the outcome too much. Single sheep and goats will easily attract a mate, and those in relationships already might have marriage, vow renewals, or a baby on the radar.

The wealth star shining on Sheep will bring wealth, not just in financial areas, but also in romance, health, and careers. This year, take up artistic or other creative pursuits that you’ve been putting on the back burner; also, make sure to look after yourself and cut out any bad habits that harm your mind/body. Also, keep to a budget so that you don’t overspend or waste money on things you don’t really need.

Monkeys, this is your year, after all, but you’ll be consumed by career goals and won’t have much time to mingle with love interests. However, make sure to take some time to bond with loved ones, and be patient when it comes to romance. Love might happen, but don’t force it.