Relationships, as we all know, are not just your average cup of tea. Why do I claim this? This is mostly because any sort of relationship requires a two-way effort connection. Now in the case where one is dating a narcissist, there’s quite a lot of factors that can make things go wrong.

One of the most obvious reasons is that a self-absorbed person will demand your undivided energy and attention. Basically, everything in the relationship will somehow revolve around him/her, making the partner appear as a sympathizer. This kind of relationship can be treacherous and draining owing to the fact that it’ll definitely require even more attention as compared to a regular relationship.

This means that you need to know a couple of facts relating to a self-absorbed person if you happen to be dating one or are not aware that you are dating one. All I can tell you is that a breakup with a self-centered person will not be as easy as you may think because you’re basically trying to let go of someone that won’t take the whole situation lightly.

I would like to believe that dating a self-obsessed person can put you in a toxic relationship because of the extra effort you’ll always require to put in just to fulfill their desires. It’s one thing to have self-admiration and another to be an egocentric human being.

The Challenges of a Breakup with a Narcissist

Self-admiration can further be explained as the case in which one develops a liking to oneself and is often healthy for one’s own character while egotistical behavior is when one develops an over excessive interest in oneself that’s often quite harmful to one’s health in the long run. Both can actually be overlooked as synonyms, but they differ in a great way. (1)

With clear definitions, one will be able to further explain how both can be related to each other. Whatever the case may be, here are some of the issues you’ll go through during a breakup with a narcissist.

Most if not all relationship breakups have to trigger anxiety at some point, mainly because you have to alter your mentality to get used to the fact that you’re taking a whole new different direction. You’re likely to start thinking of how you’ll move on, where to start, and what is going to happen to your ex.

Anxiety is a terrible feeling and if experienced on a higher level such as a case scenario where emotionally unstable people have had triggered anxiety attacks that mostly happen out of too much worry. Therefore, the best way to counter this feeling is simply by doing the things that make you have fun and relax, and make sure that you do them long enough.

Being a relationship with a self-absorbed person is a lot of work because you’ll be required to do more than you even expect. Once you try to breakup with a narcissist, you may start to feel your emotions boil up; hence, you may develop an obsession about your ex based on who they’re with or what they’re doing.

This is why you need to try your level best and keep the focus on only the things that matter to you and ignore the little things that’ll drive you towards thinking about him/her. If you happen to listen to a song that reminds you of your ex, just turn it off. If it’s a certain scent, try to ignore. If it’s a particular movie, don’t watch it.

The thing about being in a relationship with a narcissist is that you had to put up with his or her behavior regardless of the case. A very good example to consider is when you had to read in-between their words just to understand their lies, allowing yourself to believe their made up excuses and even tolerating their negative reactions and tantrums.

After finally calling it quits on the toxic bondage, you may find yourself having second thoughts about your ex’s behavior thinking that it was probably not that bad. This is where you’ll begin to have it all wrong, and you’ll have to be a little stricter with yourself and your thoughts by avoiding any contact with your ex.

Human beings are created to be social creatures by nature, and this is why going through a breakup is hard and probably requires as much time as you need to get over it. After going separate ways with your egotistical ex, you need to be ready to experience some lonesomeness that won’t be around forever if you wait long enough.

It may be very challenging to get through this due to the fact that you’ll now have to forego the sensual and physical attention that you once had, and staying alone can make you feel desperate. The best way to deal with this is to be as patient as possible and to keep yourself preoccupied with the activities that make you happy.

There’s no doubt that ending that toxic relationship will have you feeling liberated and relaxed. Being enclosed with a self-absorbed person probably got you acting like a fool at one point, such as having to make up excuses for their behavior around family and friends or even having to do some things just to make them feel satisfied. (2)

Once you get the time and space that you really needed, you’ll probably get to think of some of these things which will make you feel ashamed, especially if some of your family and friends already knew about them long before your breakup. The best thing to do is to simply forgive yourself and to understand that you have that one thing that your self-regarding ex didn’t – an open and trusting heart.

If you and your former self-absorbed lover were already deeply involved in the relationship, you’re likely to experience sexual frustration due to lack of the sexual attention that was once there on a regular basis. Unfortunately, an egocentric person will use sex as a power tool since most of the time they lack the power of real intimacy.

This can ruin your mood in everything that you do and can even become noticeable in some extreme cases. The best way to handle this situation is to basically use that same energy on something far much more constructive, such as engaging in a sport or taking up a new hobby.

Ever since you were a little child, I’m pretty sure you’ll admit that you were clingy with your possessions, whether it was merely a toy or something more important as your parents. This is just the same case after a break up with a narcissist. There’s no hesitation that you may start to miss him/her and even go to the extent of thinking that you may have made a terrible mistake by leaving.

All in all, these feelings are bound to kick in and all you need to keep in mind is that the best choices to make in life are hard and will definitely require a substantial amount of time in order for it to make full sense.

One painful fact about narcissists is that they’ll always look for a source of energy that they can feed on, and this is why it shouldn’t be a surprise to you if they move on within weeks or months after breaking up. Since they don’t have regular emotions like the rest of us, you will cease to be convenient once you get away from them. 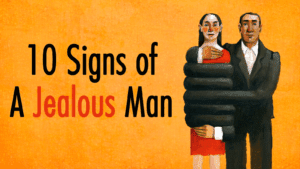 This reason tells you that you need to stop tolerating any sort of jealousy since they probably had a second option once you began disregarding their abuse.

Dating a narcissist is so toxic to the point where they’ll make sure that they have to put you down in order to keep them elevated. Other than sexual seduction from time to time, there’s no doubt that you probably got used to receiving zero support, appreciation, and complements.

This can do long-term damage to you since you’ll lack confidence when making some crucial personal choices, leaving a void that’ll be filled by self-doubt. You can always make sure that you visit a therapist or even go back to the basics of carrying out a thorough self-analysis before executing any decisions.

One of the many things that perhaps got you into dating a narcissist other than seduction is love and affection that you possessed. This means that regardless of the abuse and toxicity you were exposed to, you’re going to going to feel sad for leaving. All you need to know is that the human heart takes time to heal and moving forward from the past is a long process that’s referred to as grieving.