The food that we ingest has a significant impact on how the brain functions. Just as we avoid junk food due to adverse effects on the body, we should do so for the brain.

For example, it’s a scientific fact that individuals who eat junk food, including fast food, are more than 50 percent more likely to suffer from depression. Depression is both the cause and effect of increased junk food consumption, says Dr. David Katz.

In this article, we’re going to discuss the dangers of unwholesome food on your brain, including what specific foods that you should minimize or avoid. We’ll also list what scientists say are the 12 best foods for your brain and why.

Your Brain on Junk Food

“Nearly everything on McDonald’s menu contains some sugar, from the drinks to the ketchup to the hamburger buns and fries. McDonald’s knows that most people are going to shell out the extra dollar for a soft drink because sugar is addictive.”  ~ Joshua Gowin, Ph.D. (source)

Fast food establishments such as McDonald’s and Wendy’s are the worst offenders. You can’t even trust their so-called “healthy” menu items.

Only the former could make a ‘fruit and yogurt’ item that contains 22 grams of sugar (the maximum recommended intake is 24 grams.) Only the latter would advertise a “healthy” apple pecan chicken salad that includes 40 grams of added sugar.

But fast-food chains far from the only culprits. Manufacturers of most processed foods – nearly all grocery items that comprise the aisles and freezers – saturate their products with not only added sugar, but a ton of salt, additives, and preservatives as well.

The research into fast food

The studies that implicate the food manufacturing and fast food industries for borderline irresponsible practices are plenty. But one of the most eye-opening was released by researchers at the Scripps Research (previously the ‘Scripps Research Institute,’ or TSRI).

Per the research, foods like hamburgers, potato chips, baked goods, and fatty meats (e.g., sausages) hijack the brain’s pleasure and reward center in ways that are strikingly similar to that of illicit drugs such as heroin. Dr. Paul Kenny, a neuroscientist who overlooked the research, adds, “You lose control [over eating]. It’s the hallmark of addiction.”

Kenny goes so far as to say that treatments traditionally reserved for curing drug dependency may be useful for treating obesity, which he attributes as a potential “form of compulsive eating.”

Besides increasing the risk of obesity, junk food also contributes to numerous other physical and mental conditions, including:

The 12 Best Foods For Your Brain

All of the foods mentioned thus far only serve to damage your body and brain. In this section, we’ll list off the 12 food items that scientists say are among the best for promoting brain health.

Perhaps the most noteworthy feature of “brain berries” is their rich concentration of antioxidants – substances that inhibit cell deterioration and death through oxidation.

In a study published in the journal Applied Physiology, participants who were given the equivalent of 230 grams of blueberries showed “significant increases in brain activity” as well as “[improved] brain blood flow, brain activation … and … working memory.”

Antioxidants play a critical role in the prevention of conditions such as cardiovascular disease, cancer, diabetes, dementia, and degenerative eye disease.

Multiple studies demonstrate that DHA plays critical roles in the brain, such as neurogenesis (cellular birth), neurotransmission (cell signaling), and controlling neuroinflammation (inflammation in the brain.) DHA consumption is linked to tangible cognitive benefits as well, such as those on advanced cognitive functioning.

Pumpkin seeds are rich in two critical nutrients for cognitive function – magnesium and zinc. The former promotes learning, reasoning, and thinking skills. The latter helps transmit nerve signals throughout the body, including to and from the brain.

Pumpkin seeds are a good source of iron, potassium, and vitamin E. They are also a good plant-based source of omega-3 and omega-6 fatty acids.

Egg yolks contain the vitamin-like substance choline, which is a necessary element for neurogenesis. Choline is also used for the production of acetylcholine, which is vital for cognitive functions such as learning and memory. Eggs also contain various B-vitamins, including B12 which promotes proper cognition.

A study published in 2009 shows that acetylcholine supplementation enhances “persistent spiking” in neurons associated with the storage of new (short-term) information.

Research shows that iodine deficiency is the leading cause of worldwide mental impairment. Other sources of iodine include seafood and fortified bread.

Yes, dark chocolate is legit brain food. Cacao, the raw version of cocoa, is high in potent antioxidants called flavanols. In a 2018 study, individuals who ate 48 grams of dark chocolate – the equivalent of a full-size bar – showed increased brain activity across the cortex areas related to cognition and memory.

Recommended serving: One 48-gram bar with 70% cacao once per week.

Avocados are nearly as effective as blueberries in promoting brain health. The reason? ‘Cados are rich in healthy monosaturated fat, which encourages healthy blood flow, including to the brain.

A study conducted by researchers at Tufts University found that eating one whole avocado per day improves both brain and eye function in older adults.

Whole grains are known for reducing the risk of cardiovascular disease by promoting healthy blood flow. One particularly healthy type is wheat germ, which contains rich amounts of omega-3s and vitamin E.

Beans are a great source of fuel for the brain, proving a steady, lengthy energy supply. Additionally, beans are also good for stabilizing blood sugar levels, which help to prevent the dreaded mid-afternoon energy crash.

Lentils, in particular, including black beans, might be the best option for realizing max benefits.

Pomegranates are loaded with antioxidants which, as we’ve covered, are essential for proper brain functioning. “Probably no part of the body is more sensitive to the damage from free radicals as the brain,” states neurologist David Perlmutter.

While coffee will probably never be supplanted as the world’s most popular beverage, freshly-brewed tea may be worth checking out if you’re looking for a healthier option.

Walnuts are probably the best type of nuts for promoting raw brainpower because of their extra dose of omega-3s. These nuts are also rich in other brain-boosting nutrients, including healthy fats, antioxidants, and vitamin E. 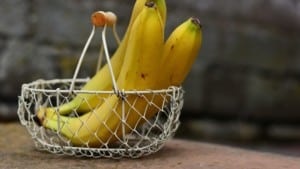 Monaco is the second smallest country in the world, registering a whole .85 square miles (2.2 km). Located on the French Riviera, Monaco is home to about 39,000 citizens.

A statistic that isn’t minuscule is Monaco’s average life expectancy (ALE) of 89.5 years.

To illustrate just how exorbitantly high this number is, consider the runners up. The second-closest nation is super-healthy Japan, whose citizens’ ALE still trails the Monacans by a staggering four to five years, depending on which dataset you’re looking at.