Here are ten wonderful breastfeeding benefits for both baby and mom:

Most doctors recommend that mothers breastfeed exclusively for at least half a year. Progressive breastfeeding is recommended for at least twelve months while various foods are introduced into the diet of the baby. During the initial days immediately after birth, the breasts produce colostrum, a thick and yellowish fluid. The fluid has beneficial compounds, low sugar, and a lot of proteins. Colostrum is the perfect initial milk and assists in the development of the immature digestive tract of the newborn.

2. Breastfeeding has the Capability of Disease Risk Reduction

3. Breastfeeding may Increase the Smartness of Children

Formula-fed and breastfed babies show a big difference in their brain development. This difference is as a result of eye contact, touch, and physical intimacy related to breastfeeding. According to research, breastfed babies have less likelihood of developing issues with learning and behaviour as they grow older, and they also have higher intelligence. The most pronounced effects are evident in preterm babies who experience a higher risk of developmental issues. Due to breastfeeding, their brain development is affected positively in the long term and is one of the essential breastfeeding benefits.

Breast milk, especially colostrum, consists of antibodies which help your baby fight off bacteria and viruses. Colostrum has a lot of immunoglobulin A (IgA), together with numerous other antibodies. When the mother faces exposure to bacteria and viruses, she begins the production of antibodies. Then there is secretion of these antibodies into the breast milk, which is then passed to the baby during breastfeeding. IgA creates a protective layer in the digestive system, throat, and nose of the baby.

Breastfeeding promotes weight gain which is healthy and curbs childhood obesity. According to research, rates of obesity are 15-30% lower in breastfed babies than in formula-fed babies. The reason for this is the establishment of various gut bacteria. Breastfed babies have higher amounts of gut bacteria which affect the storage of fat. Moreover, breastfed babies have more leptin in their systems when compared to formula-fed babies. As one of the breastfeeding benefits, leptin hormone is essential in regulating fat storage and appetite.

6. Contraction of the Uterus

Your uterus grows enormously during the period of pregnancy. After delivery, the uterus goes through the involution process that assists its return to the original size. Oxytocin hormone is high throughout pregnancy and assists in the driving of this process. The body produces high levels of oxytocin during labour to assist in the delivery of the baby and decrease bleeding. The hormone is also high during breastfeeding, and it promotes contraction of the uterus and bleeding reduction, assisting the uterus in returning to the original size.

7. Reduction in the Risk of Getting Diseases

One of the numerous breastfeeding benefits is protection of the mother in the long-term against numerous diseases including cancer. Breastfeeding also protects the mother against metabolic syndrome which is a condition that heightens the risk of heart diseases and other health issues.

While certain women add weight during breastfeeding, others appear to lose it effortlessly. Breastfeeding heightens the energy demands of the mother by 500 calories per day. Moreover, the hormonal balance varies from normal. As a result, lactating women have a high appetite and may store fat to assist in the production of milk. In the initial three months after delivery, mothers may gain weight or lose less. But after three months of lactating, they will face a rise in burning of fat, more than women who are not breastfeeding. 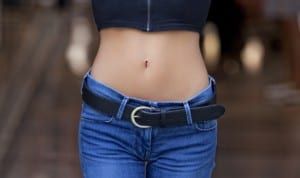